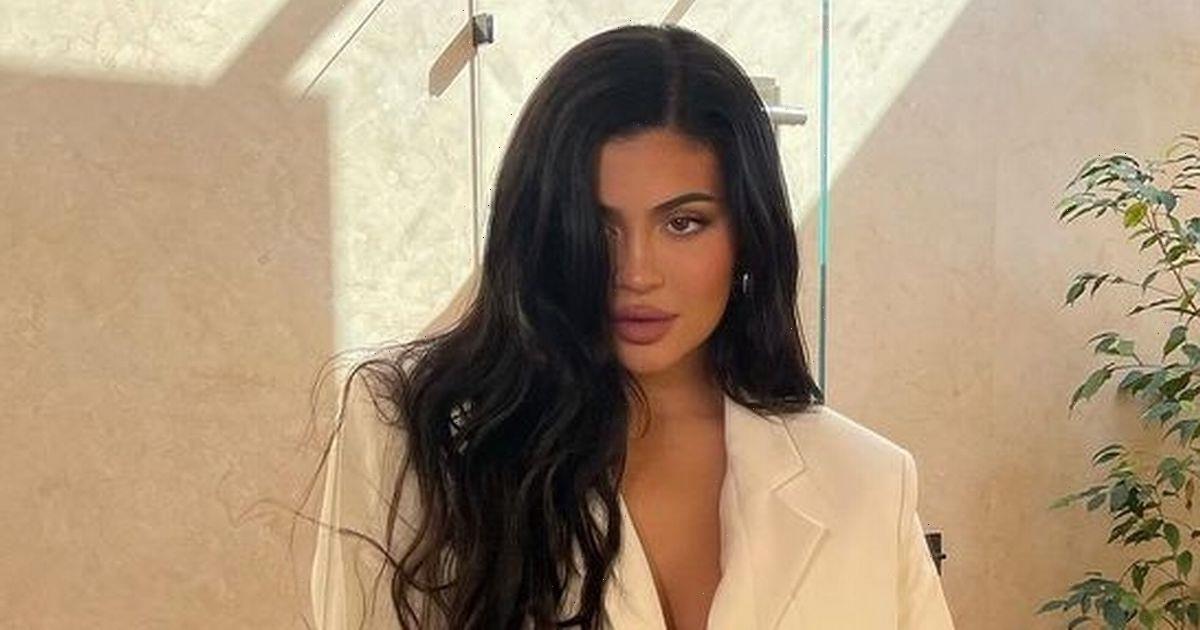 Kylie Jenner looked sensational as she took to her Instagram account to showcase her glamorous ensemble to fans online.

Flaunting her post-baby look in a string of photos, the business mogul turned up the heat for her fans by wearing an oversized trouser suit in the colour cream.

In one of her snaps, Kylie, 24, tugged at her trousers to expose her flat stomach.

Posing up a storm, the star's makeup was applied to perfection as she added a pink of blusher to her cheeks and rose coloured lipstick to her pout.

Giving a sultry look down the camera lens, Kylie's famous brunette locks tumbled over her shoulders effortlessly as she drew her fans in with her big brown eyes.

Captioning the pics, Kylie made sure to remind fans of the release date of her new reality series, The Kardashians, streaming on Hulu.

Rushing to the comment section, fans shared their thoughts on her alluring post and showered her with favourable comments.

One person wrote: "Beautiful perfect," followed by a love heart and fire emoji.

Another exclaimed: "You look so good!!!!"

While a fourth added: "I love you so much."

Announcing the exciting news to fans, Kylie took to her Instagram to share the joy with her 326million followers.

Sharing an adorable post of her baby's arm, Kylie simply penned: "2/2/22," alongside a blue love heart.

Kylie and Travis, who share 4-year-old daughter Stormi, decided to name their son Wolf, however last month, Kylie told fans that they had a change of heart.

Taking to her Instagram Story, the fashion influencer said: "FYI our son's name isn't Wolf anymore we just really didn't feel like it was him.

"Just wanted to share because I keep seeing Wolf everywhere," she explained.

Kylie and her partner Travis have yet to reveal the new name of their little ones to fans which has certainly kept many of them guessing.

Some of Kylie's pregnancy journey will however be shown in the new series of The Kardashians which will air on Hulu.