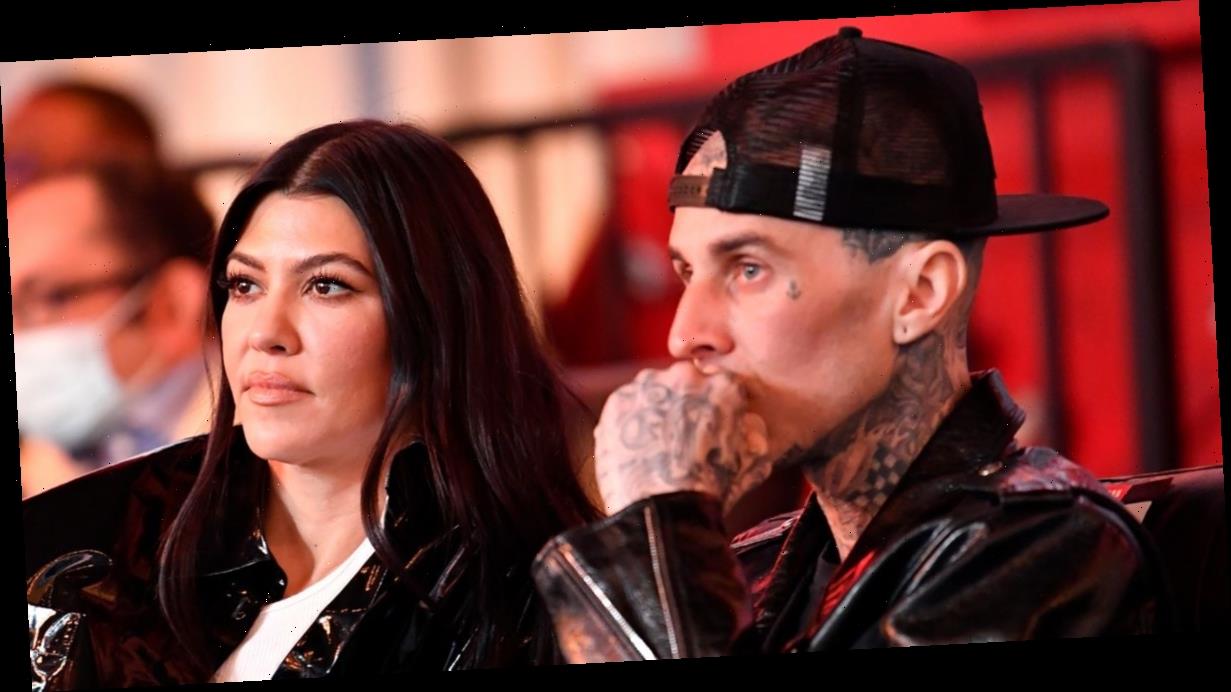 Kourtney Kardashian has been dating Travis Barker for just two months and it appears things already starting to become serious.

The 41-year-old, took to Instagram today to showcase how quickly their love for another had blossomed as she flashed a tattoo of her name that featured on her boyfriend's chest.

The pair certainly aren't hiding their romance anymore, with Kourtney even tagging her hunk in the snap.

The script like writing of her name was scribbled across an abundance of other artwork already on his skin.

Highlighting the inking, the reality star placed her well polished and manicured nails next to the text.

Not giving too much away, Kourtney posted the picture without a caption which seemingly sent her 115 million followers into even more of a frenzy.

They quickly rushed to the picture to comment on the new inking, with many sharing their happiness for her blossoming new relationship.

One fan wrote: "Oh em gee another Kourtney breaks the internet day with her hand."

A second penned: "So happy for you."

While others completely disagreed with the inking explaining that it was "too soon" in their relationship.

"Y'all just got together," said a second.

"Are you kidding me?" asked another.

A fourth had some words of advise for the Blink 182 drummer, adding: "Way too soon Travis mate."

In recent weeks the pair have been ramping things up with Kourtney sharing a seductive snap of herself that saw her bending over the bed with her long hair braid swagging down her arched back.

Alerting fans to their antics between the sheets, she captioned the snap: "Watchin movies, but we ain't seen a thing tonight."

After the love birds went public on Valentines Day, their relationship really seems to have shifted up a gear.

Just a week ago, the new couple were seen out on a double date with Megan Fox and Machine Gun Kelly.