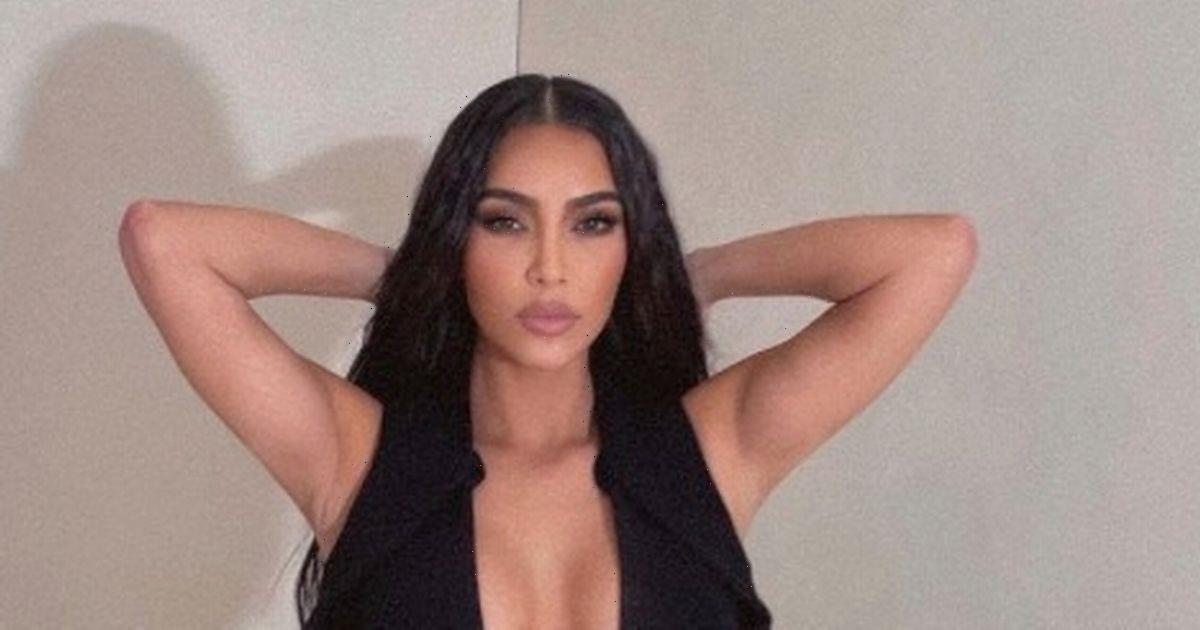 Kim Kardashian showcased her jaw-dropping figure as she almost busts out of plunging cut out top for sizzling snaps.

The 41-year-old sent temperatures soaring as she posed in a bold black top for a social media post.

The Keeping Up With The Kardashian star wowed fans as she shared several snaps of her posing in a small white hallway wearing ripped black baggy jeans and the risqué top.

Fans and famous faces rushed to comment on the reality stars photos including comedian Amy Schumer who penned a fire emoji while others left heart-eye emojis.

Other fans asked Kim: "Did Pete take these photos?"

Kim recently took a romantic getaway with boyfriend Pete Davidson, 28, to the Bahamas.

The pair stayed at a private resort as the Skims mogul shared glimpses from her trip with the Saturday Night Live star with fans.

Kim shared enough racy photo while she was away enjoying the sunshine leaving fans stunned as reality TV star Scott Disick left a comment on the post.

Scott couldn't resist a little joke and appeared to be talking about the size of Pete's manhood as he left a rather risqué comment on one of the 41-year-old's steamy bikini pictures.

The photo showed Kim soaking up some sun with her incredible curves barely contained by a skimpy brown two-piece. Her rumoured new flame Pete was nowhere to be seen.

Fans thought the remark was hilarious, with most assuming Scott was making a light-hearted reference to Pete's appendage.

One wrote: "Hahahaha love it!"

"You know who he's talking about, genius comment," said another amused fan.

When one person expressed confusion, another directed them to the Urban Dictionary, which defines "tripod" as "a man with a penis so big, it is interpreted as a third leg, hence 'tripod'."