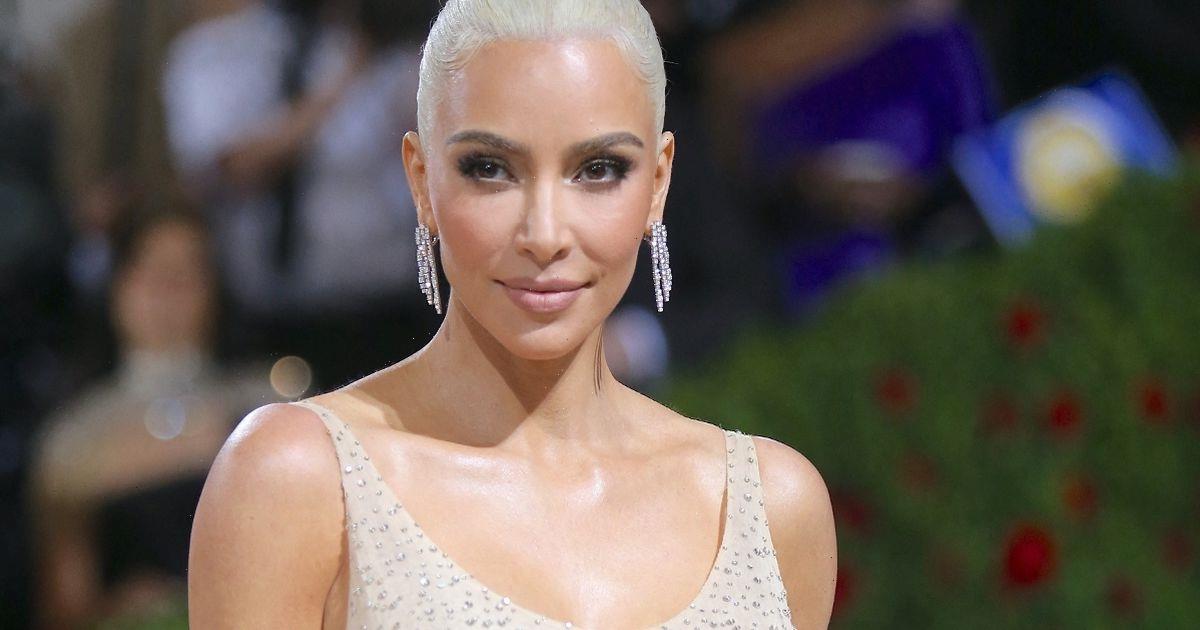 To show the condition of the dress before and after Kim wore it, The Marilyn Monroe Collection has shared some images of the nude dress on display at Ripley's Believe It or Not!.

The Instagram account, which is ran by historian and collector Scott Fortner, has claimed that the bejewelled dress had some crystals missing while some were left "hanging by a thread", though a source close to Kim rubbished the allegations.

The custom Jean Louis gown was first worn by Marilyn in 1962 as she sang Happy Birthday to the then-President John F. Kennedy.

Kim was then loaned the dress by officials at Ripley's Believe It or Not! to wear on the Met Gala red carpet, however, she then changed into a replica later on.

After the series of before and after images have gone viral, a source close to Kim told the Daily Mail that the photos shared are not accurate and the allegations of damage are false.

The insider also revealed that before Ripley's brought the dress for $5 million in 2016, there were already signs of wear.

They also noted that The Kardashian only had the nude dress on for less than 15 minutes at the event.

The 41-year-old was the first person to wear the gown since the 60s actress and admitted that she had lost 16 pounds in three weeks in order to fit into the gown.

Although as she was still unable to zip it all the way, the reality star added a white fur shawl to hide the fact it was open in the back.

Kim only wore the nude diamond dress as she walked the red carpet before she changed into a replica making her way into the Met Gala.

Kim spoke to Vogue about wearing the gown and insisted she wouldn't risk any damage happening to the dress as she's "extremely respectful".

She said: "I’m extremely respectful to the dress and what it means to American history. I would never want to sit in it or eat in it or have any risk of any damage to it, and I won’t be wearing the kind of body makeup I usually do."

Although Kim didn't wear the dress for the whole evening, many have slammed the decision to allow the celebrity to wear it at all.

Fashion historian Scott Fortner told the New York Post that no one should have reworn the dress because of the importance of the piece in American cultural history.