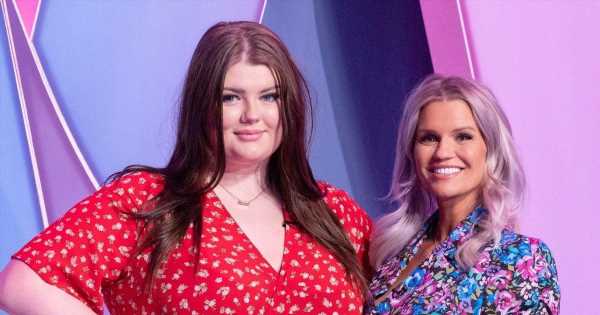 Kerry Katona couldn't contain her pride as her eldest daughter Molly graduated from university this week.

The former Atomic Kitten singer, 39, took to social media to mark the milestone moment as her eldest child completed her studies at Trinity College in Dublin.

Alongside a sweet message, Kerry shared a snap of Molly beaming in her cap and gown shortly after her graduation ceremony.

She captioned the shot: "My @123_mollymc in her cap and gown at graduation so very proud of you baby girl."

Meanwhile, Molly's father Brian McFadden also showed his support to his daughter in a touching post.

The proud dad – who shares two daughters with ex-wife Kerry – shared a series of photos of Molly and her friends on their graduation.

"So proud of my beautiful daughter Molly graduating today at Trinity College Dublin," he penned.

Fans rushed to show their support to Molly in the comments, with one saying: "Congratulations Molly."

"Congrats @123_mollymc. I remember her being born along with her sister Lily," a second wrote, while a third added: "Amazing. Congratulations Molly."

Kerry and Brian also welcomed daughter Lily-Sue, 18, before splitting in 2004.

Meanwhile, it comes after Kerry opened up on her body image following a recent holiday to Spain with fiancé Ryan Mahoney and her children.

During the getaway, the star was snapped enjoying herself whilst in a bikini on the beach.

She later addressed the snaps in a six-minute clip on her Instagram profile, saying: "So, I’m sure you’ve seen some pictures of me looking like a big, fat beach whale.

"But that’s okay people, I don’t mind, because I’m 42 next month and I’ve had five kids. But my body just looks dead swollen. I know I have eaten so much crap on this holiday."

Kerry went on: "I saw these pictures of me and I was like, ‘Oh my God is that a whale?' It’s alright though, it’s all good. I’ve got a big bum, but can you see it’s like my body is swollen."

The mum-of-five has always been open about her weight struggles with her fans.

Last year, Kerry admitted to falling off of the wagon – especially where eating clean had been concerned.

Speaking on Instagram Live, the ex band member told her followers: "I am at my biggest weight at the minute. I am so miserable because I feel so big.

"It's the biggest I've ever been, I could cry. I am going to document this weight loss. I'm feeling really fat and ugly at the minute.

"It's getting me really really down and none of my clothes fit me."