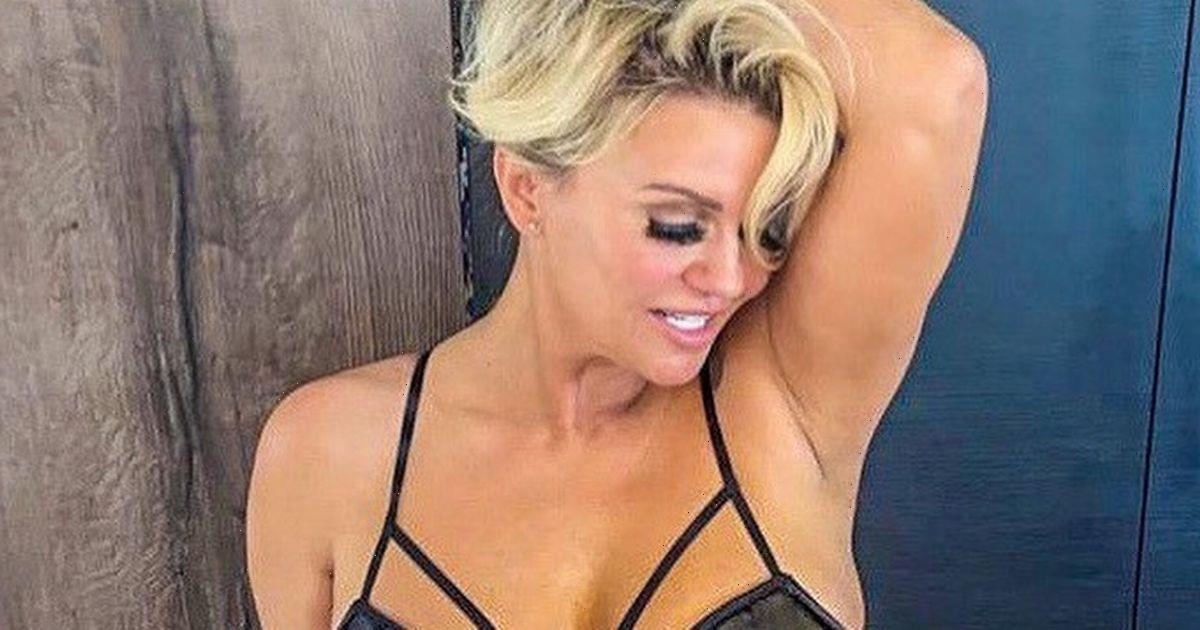 Kerry Katona put on an extremely racy display for her fans on social media – after admitting she had been "banned for life" from TikTok.

The former Atomic Kitten singer, 40, told fans she had been removed from the social media site for violating the rules with her X-rated content after sharing a racy clip of her bum.

However, it seems she didn't let her recent ban stop her from wowing fans with another saucy snap which saw her flaunt her peachy rear yet again.

READ MORE:Kerry Katona got proposed to in three weeks because she was 'so good in bed'

The mum-of-five took to Instagram on Sunday (August 29) to plug her latest slew of sexy OnlyFans snaps.

Kerry had stripped down to a skimpy blue bikini which exposed her ample cleavage and killer curves in the sun.

The reality star looked hotter than ever as she laid back on the grass and poked her peachy behind out to the world with her leg held up.

The blonde bombshell beamed for the camera as she showed off her enviable tan and gorgeous leg tattoo, which is inked just above her right ankle.

She looked glammed up to perfection with a lick of red lippy, but she let her famous blonde locks flow freely onto the grass to let fans know she was keeping things low-key and leisurely.

Kerry seemed to make a statement after her TikTok ban as she quoted Coco Chanel in her caption: "A girl should be two things: who and what she wants – Coco Chanel @onlyfans".

It wasn't long before the former pop star had floods of fans fawning over her in the comments.

One fan gushed: "This is a gorgeous woman!!!!" whilst another said: "Wow, you look absolutely stunning."

Kerry told fans on Saturday (August 27) that TikTok had barred her following her explicit snaps.

She previously boasted 26.4k followers on her original account @kerrykatona77 before it was allegedly deleted due to her adult content qualifying as “sexual harassment.”

Kerry said: "I’ve been banned for life on TikTok. I think it was because I put up a clip of my bum.

"I don’t know the rules to be honest but I think they classed it as sexual harassment."

Luckily, she revealed she will soon return to the platform after she employed a new team member to help create her a new account on the app.