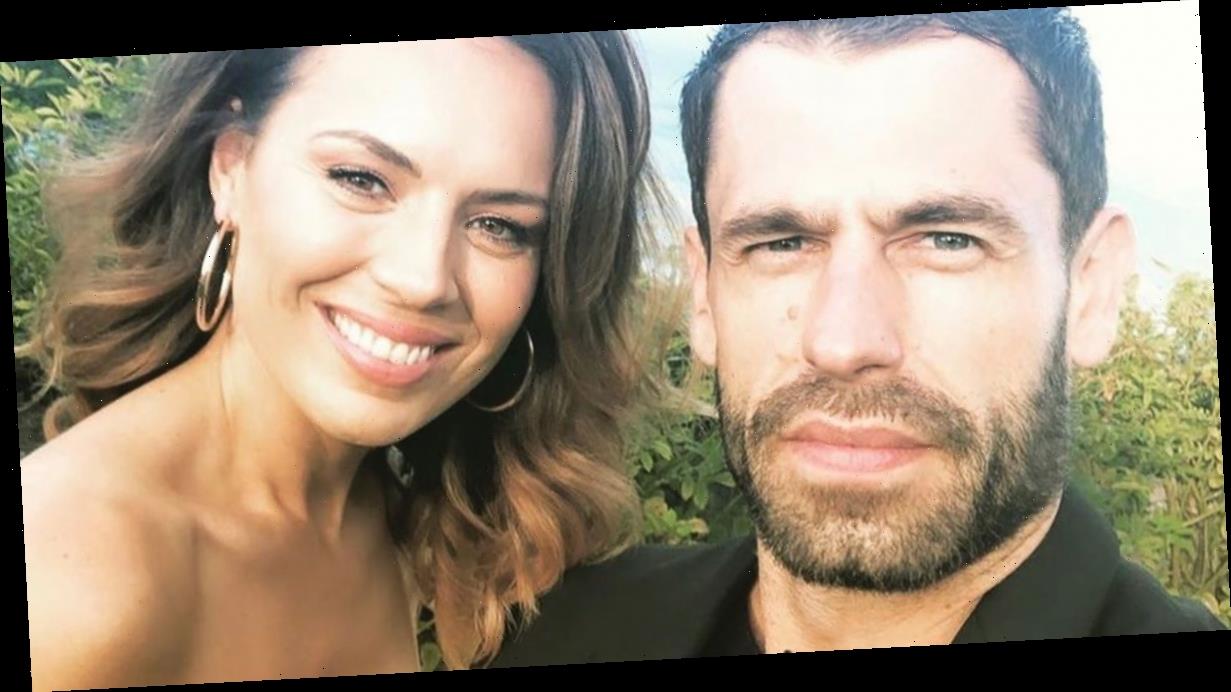 Kelvin Fletcher has denied there are any problems in his marriage to wife Eliza Marsland, following reports that she was not happy with him going for late night drinks with his Strictly Come Dancing co-stars.

The former Emmerdale actor was photographed out in London at 3.35am last week alongside his pro-partner Oti Mabuse and other Strictly stars.

His wife Eliza was seen without her wedding ring in the days following, however she explained it was because it was "heavy", was for "special occasions" and it was the day she was getting a fake tan.

Now, Kelvin, 36, has also denied that anything is wrong with his marriage, saying: "Everything is amazing."

Speaking of the recent reports, he added to The Sun: "I am just a little bit bewildered by all the attention. But I am sure it will all blow over."

Kelvin previously confessed that wife Eliza got "too jealous" of his kissing scenes when he played Andy Sugden on Emmerdale.

He told the Sun: "I do ring her up and say, 'I'm kissing so-and-so today,' and make a joke about it.

"That's how we deal with it. But Liz won't watch the show because she gets too jealous. To me, though, it's just work."

Following the emergence of photos of Kelvin with Oti going for drinks at a London hotel, Eliza unfollowed Kelvin on Instagram.

There is no suggestion that there is anything more than a friendship between Kelvin and Oti, 29, who is married to Marius Iepure.

Instead, Eliza was reportedly unhappy that Kelvin was out partying while she was at home with their children – Marnie, three, and Milo, one.

According to The Mirror, a friend said: "She was not worried about anything going on between them it was the fact that she was at home doing all the motherly things and here he was out gallivanting."