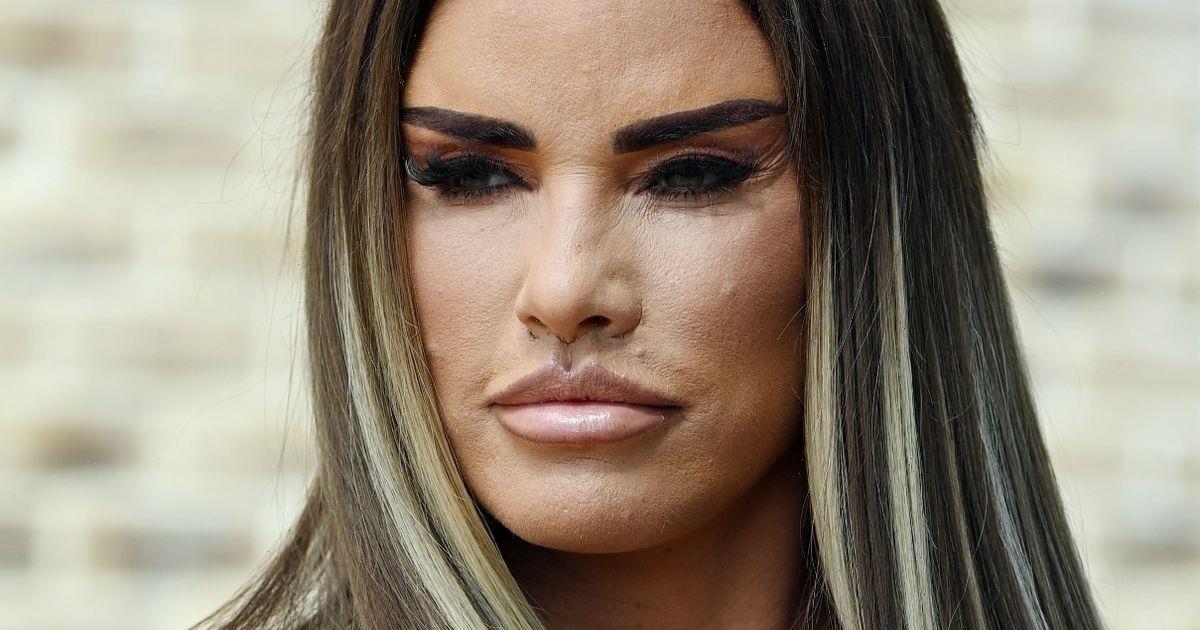 Kate Price has displayed the results of her latest stint of cosmetic surgery procedures as she was snapped showing off her extensive list of tweaks after undergoing a major surgery spree.

The 43-year-old flew over to Turkey last month to get a Brazilian bum lift, lip and eyelid surgery, often coined a 'fox eye' facelift, and full-body liposuction.

The former glamour model unveiled the results of her latest procedures while wearing a pink lycra two-piece as she held an adorable teacup-sized chihuahua puppy.

Cosmetic queen Katie opted for eye and lip lifts, liposuction under her chin, and fat injected into her bum.

She has said she is thrilled with the results and also insists that she isn't addicted to having cosmetic surgery.

In the photos, Katie showed off her incredibly taut look and posed with fuller-looking lips.

She also flaunted her flat stomach as she sported a black crop top teamed with a pair of tight pink leggings and a matching fitted zip-up.

The reality TV star previously shared a glimpse of her new look on social media but Thursday was the first time the mother-of-five has been pictured in public post-surgery, following her GMB appearance earlier this week.

Katie recently revealed the results to her 2.6m Instagram followers as struck a pose with her new puppy Buddy featuring in the selfies too.

She told her fans that she is still "swollen" from the procedures but was pleased with ecstatic with the overall results.

She captioned the post: "Omg I’m soo happy with my face surgery @comfortzone_drkerim my extensions @alperdamdelen make up @fern_makeup hair styled by @joel_maghair21 and my new baby Buddy," followed by some red heart emojis.

"I’m still swollen but it’s been 2 weeks since surgery."

A flock of Pricey supporters were quick to share their thoughts on the star's surgery, with some familiar faces popping up in the comment section.

But some of her fans were worried about her taste for going under the knife so frequently.

One said: "The more you have done … its not looking like you… you really dont need it done katie." A second commented: "But why?? Think about time you left your face alone an grow old gracefully or as gracefully as you can!"

A third penned: "You're only 43 and on your 3rd facelift. Please stop now. You're going to end up causing so much damage x."

Katie has always been incredibly open regarding the cosmetic work she's undergone over the years and has addressed such concerns on Good Morning Britain on Friday. Katie said: "It’s like a car – you have an MOT. If you get a scratch or a dent, you fix it, and that’s how I feel with my body. I’m not trying to look younger and I definitely don’t want that alien look – when people go over the top and look like freaks.

"Having surgery isn’t fun and games, it is painful and it’s irreversible… Everyone’s got imperfections, I could go over the top but I don’t want to look like a freak. "I’m not addicted, but if people want to say I’ve got body dysmorphia, just say it, even my mum says it, "You need to see somebody, you’re not normal in the head, are you?

"I said, 'Mum, if you could have your face done again, you would but you can’t because you’re terminally ill at the moment, you used to have Botox, this and that'.'