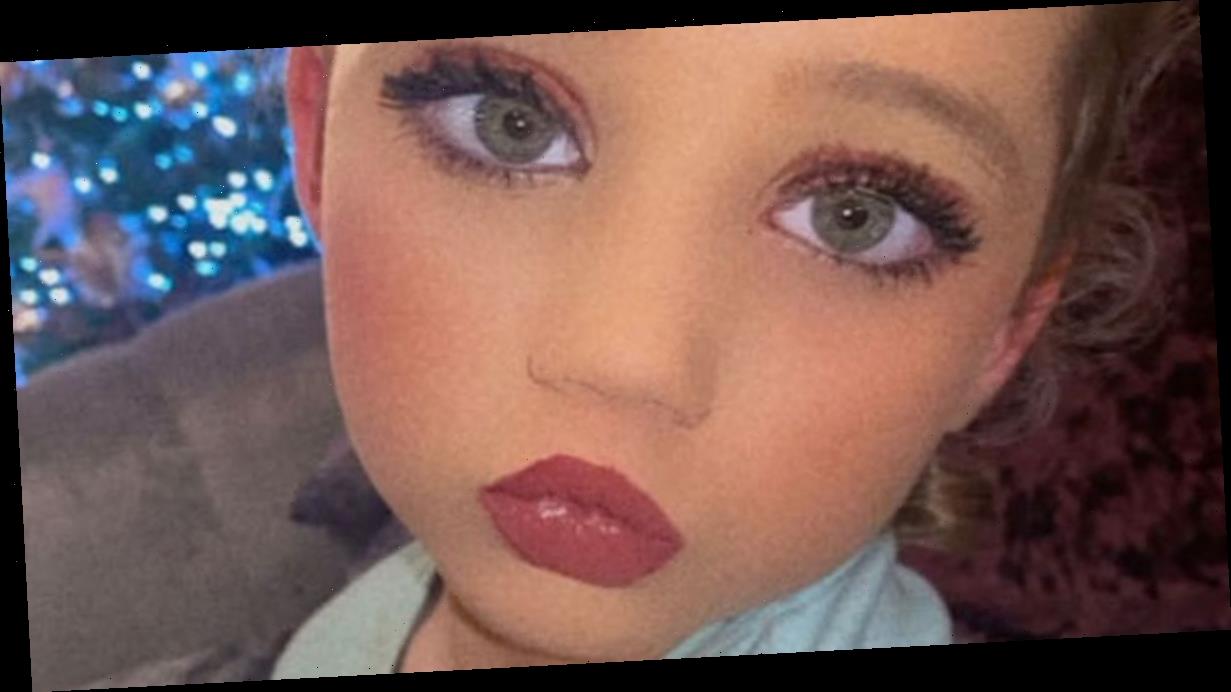 Katie Price has left fans split after sharing a picture of her six-year-old daughter Bunny wearing a full face of make-up.

The former glamour model, 42, posted pictures of her youngest daughter pouting and showing off large eyelashes.

Katie proudly told how her other daughter Princess, 13, had painted her new make up on Bunny's face.

Some of her fans were outraged and told how it was "wrong" to share snaps of the youngster wearing make-up because she is "too young".

One said: "Wtf! As a mother myself that is wrong on so many levels."

A second person agreed, and said: "Wow so wrong!! Don't post stuff like this Katie what the hell is wrong with you."

Another person wrote: "I'm sorry but that is just wrong."

A third shocked fan wrote: "Oh god she is beautiful but making her up like this is horrendous, let her be a child."

Another told that while she is a fan of Katie's she couldn't understand why she would post a picture like that on social media.

She wrote: "Katie I love you but why post this when you know you'll get attacked for it after you done it to Princess it caused an uproar it's no one's place to judge or anyone else's business but when you public you just give them ammunition to shoot you down."

But other fans of the star defended her and told how they saw no harm in Bunny wearing make-up.

One person wrote: "Her big sister did her make-up nothing more nothing less! It's Christmas guys there's worse things happening to kids out there then having make-up applied!"

Another said: "My older sister used to put make-up on me when we were kids it's what you do no harm in it, just a bit of fun!"

"It's called dressed up little girls been doing it for years, Merry Christmas Katie Price and kids, all the best for 2021," a third person added.

A fourth person wrote: "It's just sisters playing with make-up. It would be different if Bunny was dolled up like this to go out, but it's just playtime at home!"

Katie Price's representative has been contacted by Daily Star Online for comment.

The criticism of Bunny wearing make up comes after Katie was widely criticised for putting make up on Princess last month.

Katie shared pictures of her posing with daughter Princess, 13, wearing makeup and showing off her new hair cut.

In one snap the youngster was seen with straight hair, pouting with pink lip gloss and fluttery eyelashes.

Many fans told Katie that Princess was too young to be wearing makeup.