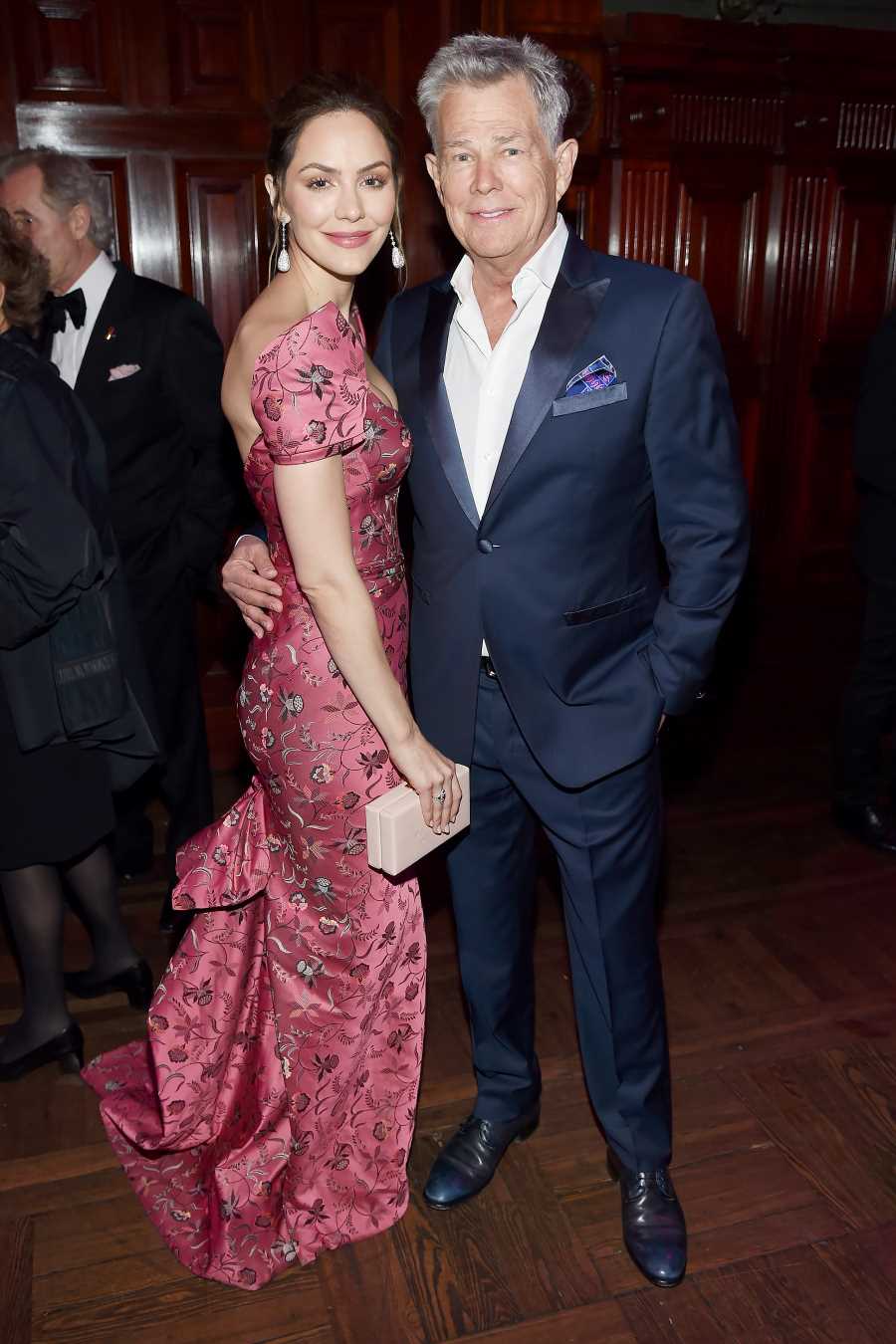 Katharine McPhee is paying tribute to her husband-to-be.

Hours before the American Idol alum, 35, is set to wed musician David Foster, she shared a throwback video on Instagram of herself performing “Somewhere Over The Rainbow” with Foster accompanying on the piano.

“Exactly 13 years ago today my very first single, Somewhere Over The Rainbow, was released right after Idol,” she wrote. “Today… I’m marrying the man who produced it. Life is full of beautiful coincidences, isn’t it?”

“Thank you for taking me over the rainbow, David,” she concluded her sweet message to Foster, 69.

The couple first met in 2006, when McPhee was a contestant on the fifth season of American Idol and Foster served as a mentor. After reconnecting, they got engaged last July while they vacationed in Anacapri, Italy.

McPhee sang “Somewhere Over The Rainbow” during the season 5 finale of American Idol, where she came in second to winner Taylor Hicks.

The bride-to-be also shared some of her wedding beauty prep on the morning of her big day, posting an Instagram Story of herself getting a facial.

“The secret to a calm and collected bride,” she captioned the photo. “And maybe a little Xanax.”

When it comes to McPhee’s fashion for the big day, it appears that her friend Zac Posen may have designed her a custom wedding dress.

On Thursday, the designer shared a photo of himself with McPhee and songwriter Carole Bayer Sager. “Fun times in London,” he captioned the photo, also including the bride emoji.

This will be the second marriage for the singer, who was previously married to Nick Cokas, and the fifth for Foster, who was most recently married to Real Housewives of Beverly Hills star Yolanda Hadid.

Ahead of their nuptials, the couple has been embarking on a trip across Europe, posting photos in Mykonos, Greece, and Lake Como, Italy.

McPhee recently shared a series of snaps, taken by Foster, of herself wearing a latte-colored bikini while aboard a yacht in Mykonos. The swimsuit shots came after the Waitress star posted a fun slideshow of photos that featured her on the boat — drink in hand — in an ‘80s-inspired get-up.

“We’re so happy and proud of each other,” McPhee gushed to PEOPLE in May.

Last fall, she shared a similar sentiment, telling PEOPLE in September, “We genuinely love and respect each other and have for a very long time.”

McPhee added of their relationship, “It doesn’t make sense to a lot of people, but it does to us.”