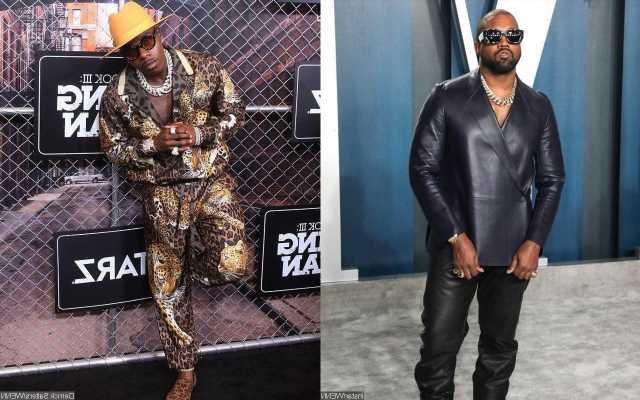 The ‘Follow God’ rapper doesn’t offer an explanation as to why his 2020 song disappears from streaming platforms, as he is set to release his new album ‘Donda’.

AceShowbiz –Kanye West is seemingly trying to leave no traces of his ties to DaBaby on the Internet. The Atlanta rapper has removed his song “Nah Nah Nah” featuring the Cleveland native from all streaming platforms, including Apple, Spotify and Tidal.

The Yeezy designer has not offered an explanation as to why he removed the song from streamers, but it came on the heels of the controversy surrounding DaBaby’s homophobic rant. The “Suge” hitmaker has come under fire after he made offensive remarks during his set at Rolling Loud festival in Miami on July 25.

After receiving negative feedbacks, DaBaby posted on Twitter on July 27, “Anybody who done ever been effected by AIDS/HIV y’all got the right to be upset, what I said was insensitive even though I have no intentions on offending anybody. So my apologies.” The 29-year-old rapper added, “But the LGBT community… I ain’t trippin on y’all, do you. y’all business is y’all business.”

He offered his second apology on August 2 via Instagram. “I want to apologize to the LGBTQ+ community for the hurtful and triggering comments I made. Again, I apologize for my misinformed comments about HIV/AIDS and I know education on this is important. Love to all. God bless,” he said in the recently-deleted post.

“I appreciate the many people who came to me with kindness, who reached out to me privately to offer wisdom, education, and resources,” he continued. “That’s what I needed and it was received.”

Kanye himself is gearing up to release his new album “Donda”, which is now scheduled to arrive on August 13 after being postponed several times.