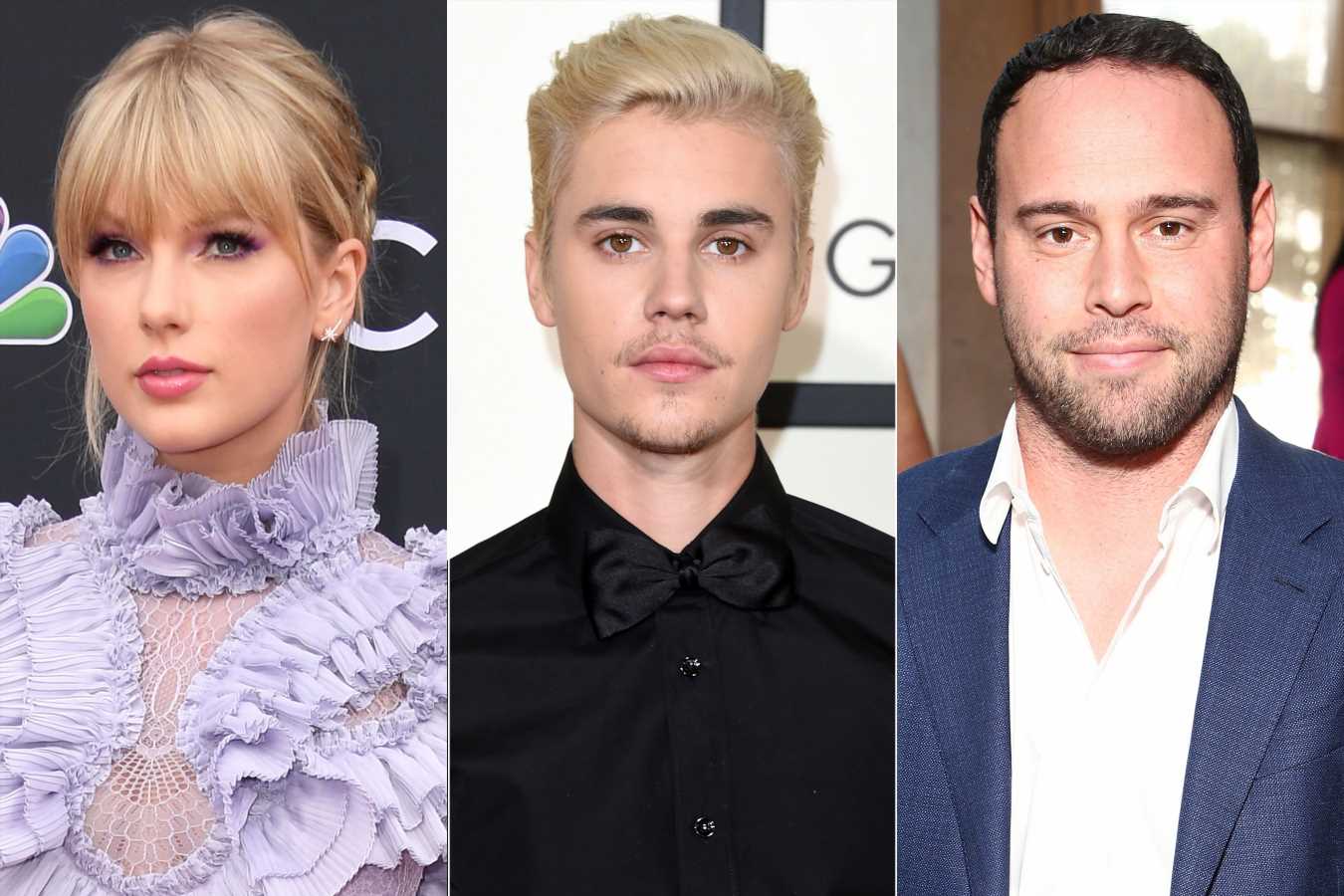 Taylor Swift and Scooter Braun‘s ongoing drama has many of their fans and famous friends picking sides, including Justin Bieber.

The “Sorry” singer made it clear that he’s sticking by Braun — his longtime manager — when he issued a lengthy statement in defense of him on Instagram on Sunday after Swift accused him of “manipulative bullying” upon learning that he purchased her former record label, Big Machine Label Group, and ultimately, her master recordings. Now, there’s some insight into why Bieber decided to publicly weigh in — and open himself up to backlash.

Since Braun, 38, has supported Bieber, 25, throughout all of his ups and downs over the years — and particularly over the last several months as he took time off from music to focus on treating his mental health struggles including depression, anxiety and ADHD — Bieber “felt the need to defend” his “friend and mentor,” a source close to the star tells PEOPLE.

“[Scooter] has been very understanding and encouraging of Justin taking a break from making a new album and instead focusing on his mental health,” the source says. “Justin thinks Scooter has a big heart [and] thought Taylor’s bashing of Scooter was unfair.”

The source adds, though, that Bieber “doesn’t plan to make any more public statements defending Scooter.”

“He really just wants the whole thing to die down,” the source says. “It’s a small business, and he doesn’t want there to be hate.”

Upon learning that Braun had acquired Big Machine for $300 million on Sunday, Swift, 29, shared a Tumblr blog post expressing her disdain for Braun and claiming that he used Bieber and on-and-off client Kanye West to bully her on social media following her feud with the rapper over the lyrics of his song “Famous.”

“All I could think about was the incessant, manipulative bullying I’ve received at his hands for years,” Swift wrote. “Like when Kim Kardashian orchestrated an illegally recorded snippet of a phone call to be leaked and then Scooter got his two clients together to bully me online about it.”

Swift also shared a screenshot taken from Bieber’s Instagram account of an August 2016 post, in which he shared a FaceTime call between himself and Braun — who can be seen with West, whom Braun was not managing at the time of Bieber’s Instagram post. “Taylor swift what up,” Bieber captioned the post.

In response, Bieber wrote in the caption of a throwback photo of him and Swift on Instagram, “Hey Taylor. First of all I would like to apologize for posting that hurtful instagram post, at the time I thought it was funny but looking back it was distasteful and insensitive.. I have to be honest though it was my caption and post that I screenshoted [sic] of scooter and Kanye that said ‘taylor swift what up’ he didnt have anything to do with it and it wasnt even a part of the conversation in all actuality he was the person who told me not to joke like that.”

Bieber then went on to claim that Braun has had Swift’s “back” since the days when she “graciously” let Bieber open up for her on tour a decade ago.

“As the years have passed we haven’t crossed paths and gotten to communicate our differences, hurts or frustrations,” Bieber wrote. “So for you to take it to social media and get people to hate on Scooter isn’t fair. What were you trying to accomplish by posting that blog? seems to me like it was to get sympathy u also knew that in posting that your fans would go and bully scooter.”

“Anyway, One thing i know is both scooter and i love you,” he continued. “I feel like the only way to resolve conflict is through communication. So banter back and fourth [sic] online I dont believe solves anything. I’m sure Scooter and I would love to talk to you and resolve any conflict, pain or or [sic] any feelings that need to be addressed. Neither scooter or I have anything negative to say about you we truly want the best for you.”

Bieber concluded his message by saying, “I usually don’t rebuttal things like this but when you try and deface someone i loves character thats crossing a line..”

“Gentleman? @haileybieber @justinbieber you must be bored,” Delevingne, 26, commented on Bieber’s post. “I wish you spent less time sticking up for men and more time trying to understand women and respecting their valid reactions. As a married man, you should be lifting women up instead of tearing them down because you are threatened. I am not sure you actually understand what an apology is.”

“This issue that @taylorswift is talking out is about far more than a picture and you know that. As you said, you haven’t spoken to her in years which means you definitely don’t understand the situation. I do,” continued Delevingne, who starred in Swift’s “Bad Blood” music video in 2015. “Take a step back and try to learn from this. We should all be on the same team. End of story.”

In her original blog post, Swift wrote that she had tried for years to own her own music from Big Machine and was told that she could only do so if she signed a new contract that gave her ownership of one of her old albums for every new one she completed.

“I walked away because I knew once I signed that contract, [Big Machine founder] Scott Borchetta would sell the label, thereby selling me and my future,” she wrote. “I had to make the excruciating choice to leave behind my past. Music I wrote on my bedroom floor and videos I dreamed up and paid for from the money I earned playing in bars, then clubs, then arenas, then stadiums.”

Swift said learning that it was Braun who had ultimately purchased her masters from Borchetta was her “worst nightmare.”

“Now Scooter has stripped me of my life’s work, that I wasn’t given an opportunity to buy. Essentially, my musical legacy is about to lie in the hands of someone who tried to dismantle it,” she wrote. “This is my worst case scenario. This is what happens when you sign a deal at 15 to someone for whom the term ‘loyalty’ is clearly just a contractual concept. And when that man says ‘Music has value,’ he means its value is beholden to men who had no part in creating it.”

Borchetta, 57, denied Swift’s bullying claims in a lengthy statement posted to his label’s website on Sunday, and he insisted that Braun has had nothing but the star’s best interest at heart.

“Was I aware of some prior issues between Taylor and Justin Bieber? Yes. But there were also times where Taylor knew that I was close to Scooter and that Scooter was a very good source of information for upcoming album releases, tours, etc, and I’d reach out to him for information on our behalf,” Borchetta said. “Scooter was never anything but positive about Taylor.”

In his letter, Borchetta claimed the deal he offered Swift gave her “100% of all Taylor Swift assets … to be transferred to her immediately upon signing the new agreement.”

“We were working together on a new type of deal for our new streaming world that was not necessarily tied to ‘albums’ but more of a length of time,” he added.