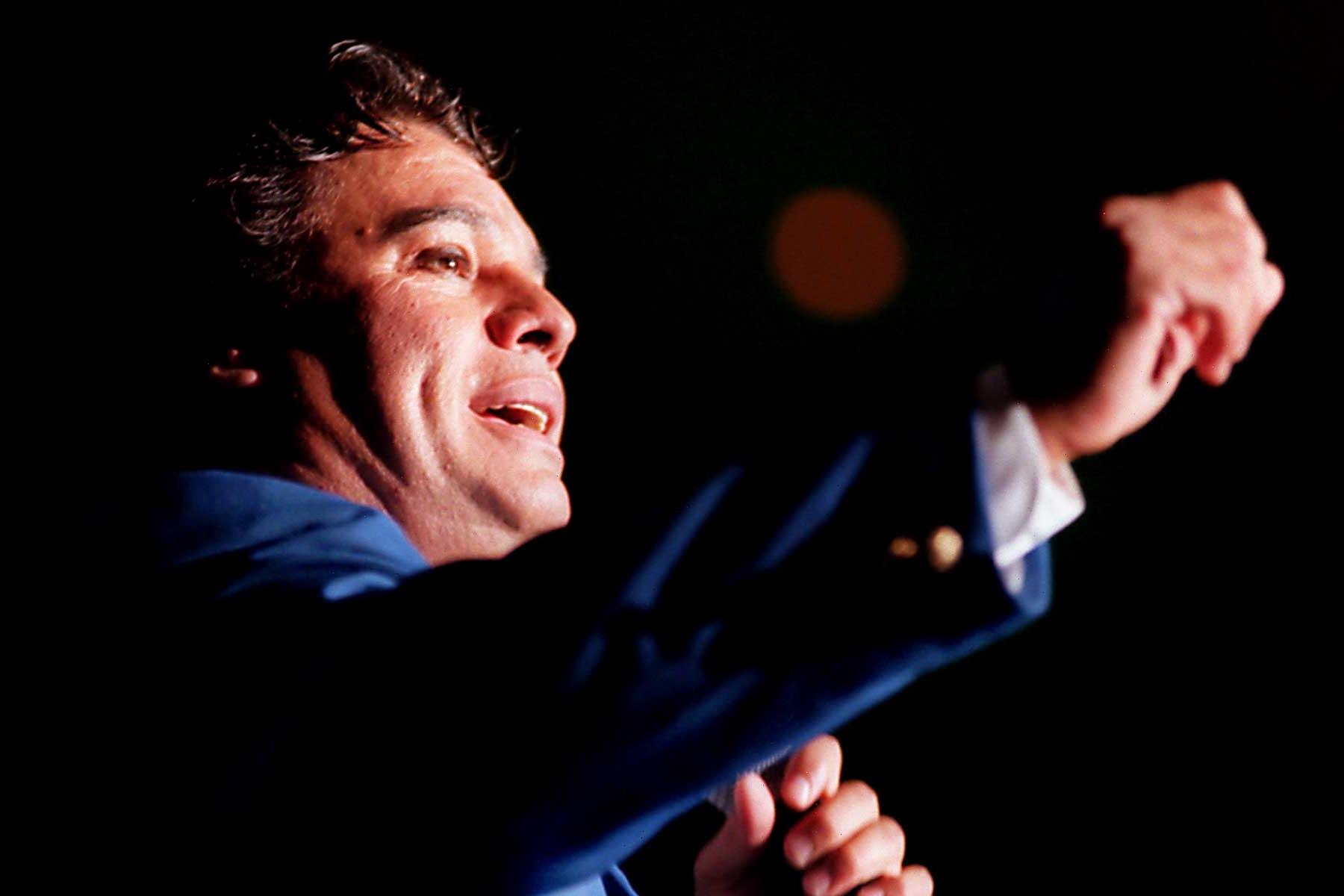 On a busy street in downtown Juárez, people gather around a house playing music. Some of them carry flowers, a few hold photos, and others use their phones to take pictures of the house with the music so loud it drowns out the noise of the early Saturday afternoon traffic. It’s the unmistakable music of Juan Gabriel — the artist born Alberto Aguilera Valadez, who grew up in a Juárez orphanage after his mother, Victoria, couldn’t afford to raise him. In this city, the musical talents that ultimately made him a pop icon were nourished. He later reconnected with his mother, changed his name, became a star, and bought this house on Avenida Lerdo for her.

Five years ago, on August 28th, 2016, Juan Gabriel died unexpectedly of a heart attack at age 66. That loss left Juárez and El Paso in tears. Five years later, as they gather around the house that’s less than half a mile from the Rio Grande that divides Juárez from El Paso, some are still crying.

“It was the saddest day of my life,” Kooretty Okazunto Grijalva says in Spanish, recalling the day one of Juárez’s heroes died. Her voice breaks as soon as she remembers it. After meeting at one of his concerts, they became friends. She now takes care of this house, an honor given to her by Gabriel himself. “I don’t know why he chose me,” she says, as if still in disbelief. “I’m poor and had nothing to offer or give. But he chose me to be here, like I am now.”

And so, because she is here now, Grijalva helps organize events honoring Gabriel on the anniversary of his death. Around Juárez and El Paso there will be a mass in his honor, and mariachis and impersonators performing the way Juan Gabriel once did. These rituals help to remember someone who, though he isn’t physically here, feels like he never left.

“He didn’t die,” Grijalva says. As she talks, she places her right hand over her chest. No longer crying, her voice sounds like she’s found a sudden peace. She says it was Gabriel’s humility that made him so relatable and unforgettable. And because of that, he’ll live forever. “People only die when you forget them,” she continues as her hand softly taps against her chest.

Just from his nickname — El Divo de Juárez — it’s clear that Juan Gabriel and Juárez have a special bond. In songs of longing and heartbreak, of loneliness and trying to make sense of those emotions, Juárez is in Juan Gabriel’s music. Juan Gabriel remains very much a part of the city, too. He’s in the pictures on the wall of his favorite bakery where he ate conchas. In the memories of an old man who runs a downtown liquor store and remembers when the young man who later became Juan Gabriel was just starting.

He’s in the mural so large it covers a nine-story downtown building, close to the cantinas and nightclubs, where he began singing as Adan Luna. He’s in the Gran Plaza Juan Gabriel, a few blocks away from that mural, where a statue of him stands. “Mientras alguien siga cantando mis canciones, Juan Gabriel vivira por siempre,” the quote at the statue’s base reads. So long as someone keeps singing my songs, Juan Gabriel will live forever. 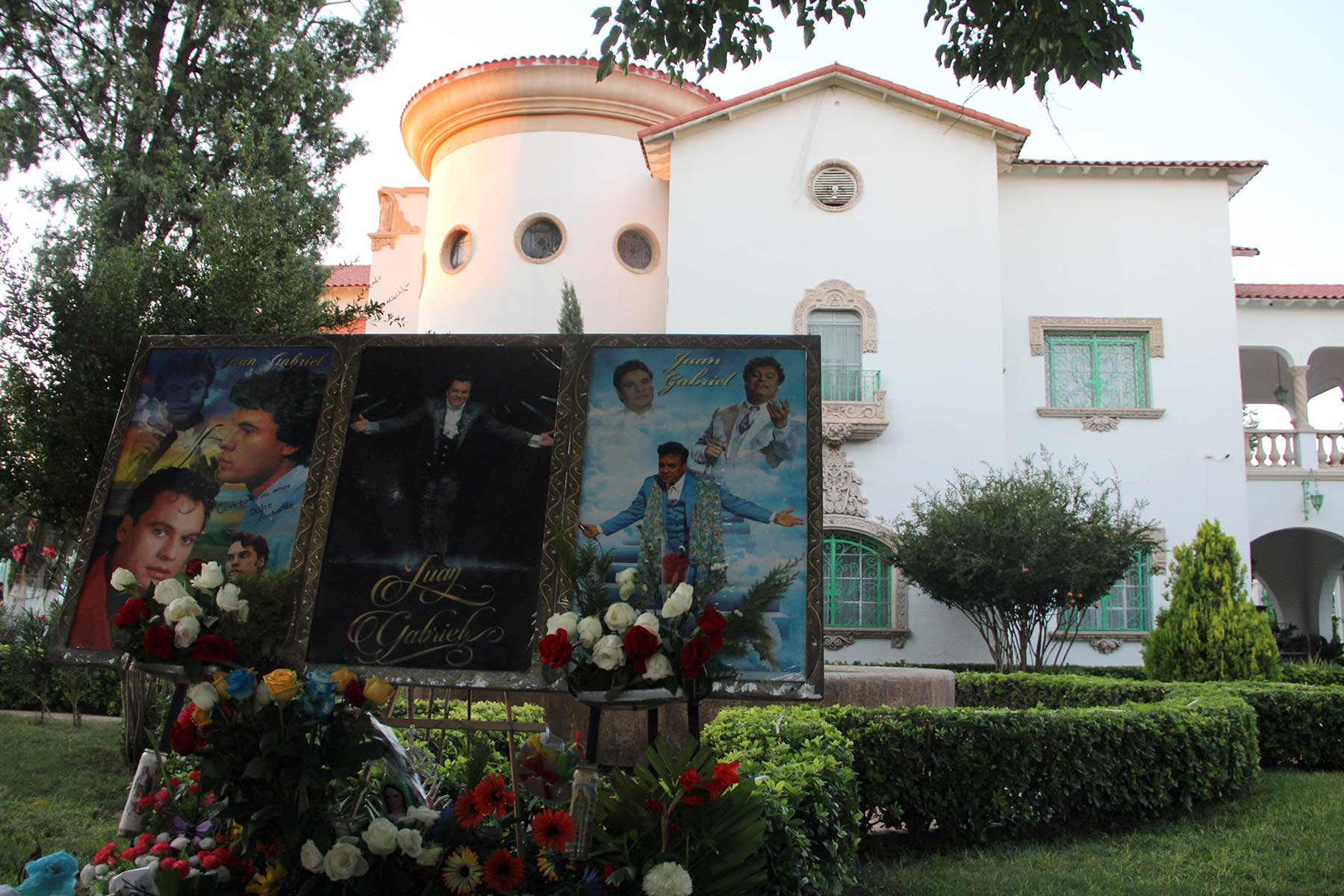 But by far, the strongest tangible connection between the city and singer is in the three houses he lived in, each representing a different part of his life. There’s the humble house on Colonia Insurgentes, where he and his mother lived after reconnecting, and where the oldest residents of the neighborhood still call him Alberto. They recognize the differences between the truth of his life and what’s become myth. They remember how he’d sit outside writing songs on a notebook, and how, at night, he’d walk a couple of miles to go perform them. There’s the house he bought for his mother, who died just three years later, in 1974. She only lived through the early part of the career that turned her son’s life into a rags-to-riches story retold many times in telenovelas and movies. And then there’s the house he bought for himself on Avenida 16 de Septiembre. It’s the same house his mother had once worked in as a poorly treated servant. Whenever he was in Juárez, that’s where he stayed.

“When the water fountain was on, it meant Juan Gabriel was home,” Alberto Quezada says in Spanish. For almost five years, not long after Gabriel’s death, Quezada has worked as part of the home’s maintenance crew. Since his death, there have been plans to convert the home into a museum. Since his death, Quezada says, people visit every day. He sometimes sees them in prayers that end in tears. Crying because although he might have lived elsewhere — he died at his home in Santa Monica, California — there was never a sense that he left. Never a sense he abandoned Juárez.

And so, when he died, 130,000 Juárenses gathered around his house to mourn together. They brought flowers and candles, balloons, and handmade signs. They played his music and sang. They yelled out his name and cried. Each anniversary of his death since then, people still gather for Juan Gabriel, whose career flourished around the time the city felt like it was ascending along with him.

Like many Mexican border towns, Juárez went through a rapid population growth during the last two decades of the 20th century. Most of that got attributed to maquiladoras, those foreign-owned factories — mostly owned by U.S. companies — strategically put along the northern Mexico border to take advantage of cheap labor and the proximity to the U.S. 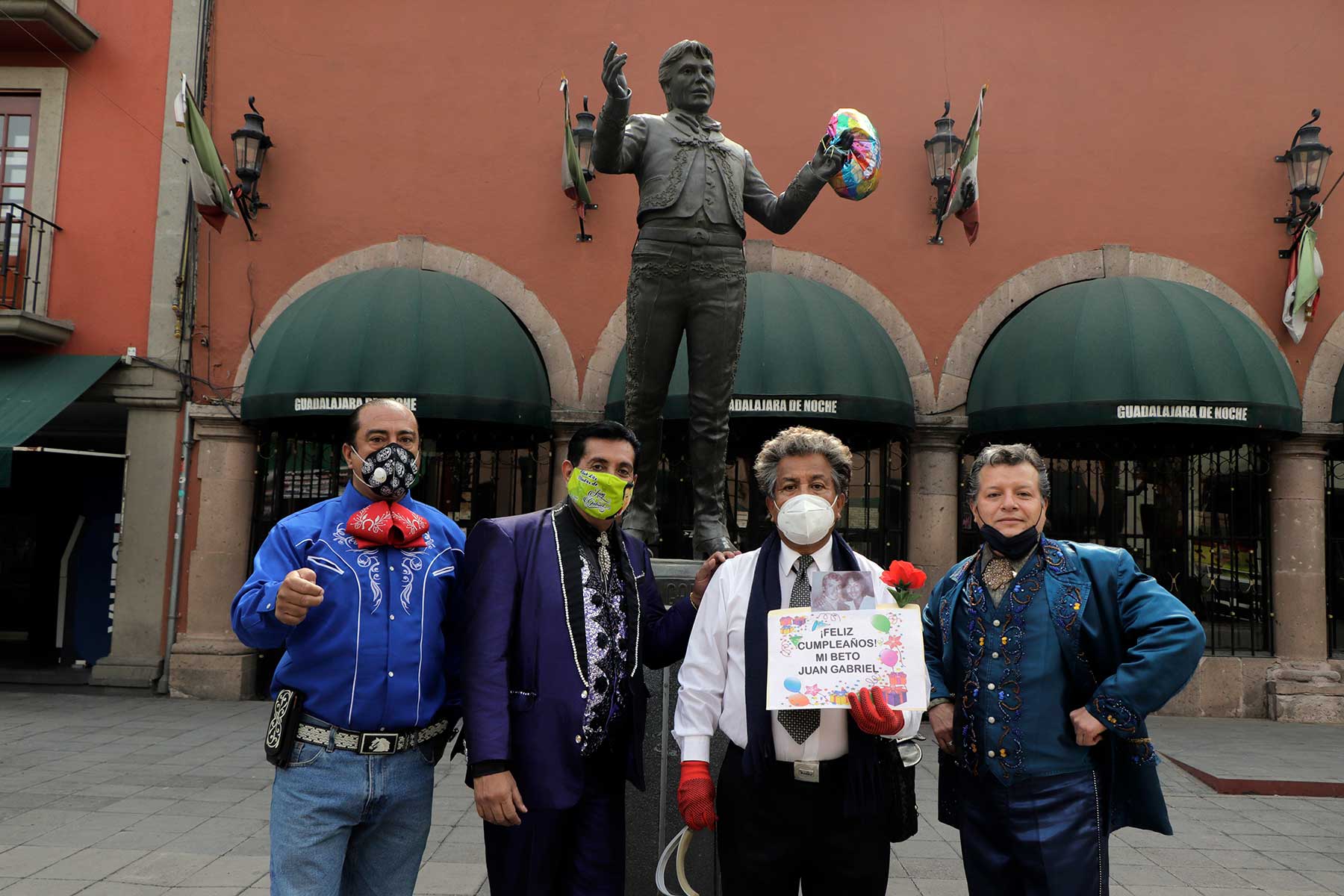 Fans honor Juan Gabriel’s legacy on the occasion of his birthday in January 2021.

In the 1980s and ‘90s, Juárez went from a mid-sized city to one of Mexico’s largest. Because of those maquiladoras, it became an industrial hub of the country. In the middle of that, as Juárez was transforming with a population increase at a rate unseen in any part of the country, Juan Gabriel went from being a star to a world-wide icon.

In 1990, he gave one of his defining career performances, singing for over two hours as he recorded a live album at Mexico City’s Palacio de Bellas Artes. Around the same time, as it felt like all of Juárez was cheering for the poor boy living his wildest dreams, drug cartels increased their influence over the city: The same thing that made Juárez appealing to industry is also what made it attractive to cartels.

Even if this is a different Juárez than the one Juan Gabriel grew up in, even if he’s not physically here, his presence remains.

He’s still the one who made it out and never forgot where he came from. The one who, in doing that, made the goals and dreams of everyone here that much more realistic. The one who told everyone who’d listen that even if pain and hurt were a part of life, it was also full of beauty and wonder. The one whose songs, on days like these mournful anniversaries, come from what sounds like every part of the city.

Juan Gabriel is here. In the mural so large El Paso can see it. In the water fountain outside his house that’s always on, because, since his ashes are inside, Juan Gabriel is now always home. He’s in the tears people cry and the smiles on their face when they talk about him, his music, and the city. These are people who, in talking about when Juan Gabriel was young, remember a different Juárez.

That’s why he’s here. Alive, even if no one can touch him. Breathing, even if he died five years ago. Beloved, because he sang of the beauty of Juárez, the same place others saw and tried to exploit.

“We all loved him very much,” Maria Dolores Rios Valdez says in Spanish. She was there, crying, outside Juan Gabriel’s house, on day he died. Since then, every year, she attends the events around the city that keep Juan Gabriel alive. “He did a lot for Juárez,” she adds. “He always put us on a pedestal.”