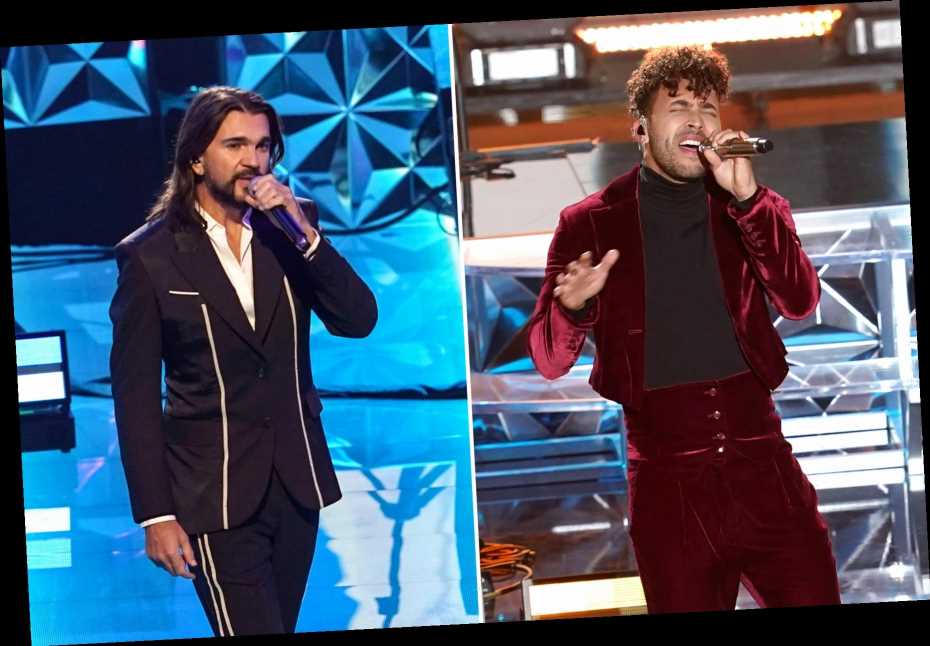 Wearing a fluffy retro-like dress, Jiménez opened up with a homage of Julio Iglesias’ “Hey!,” delivering a passionate vibrato that matched hearts with the Spanish icon. Iglesias is known for his gut-wrenching romantic songs that rose to global prominence in the Sixties and Seventies, paving the way for the classic generation of romantic Latin-pop crooners of that era.

With a swaggering sneer, Juanes then joined the stage singing “El Gato Está Triste y Azul” by the Brazilian icon Roberto Carlos, who rose to stardom during the same time as Iglesias. The Colombian star showcased his breathy, heartfelt vocals as he conveyed the classic song with endearment and respect. Last year, Juanes joined the roster of Latin icons as The Latin Recording Academy’s Person of the Year; Iglesias, Carlos, and Guerra have all been previously honored.

This year, Juanes was nominated for Song of the Year and Best Pop Song among a few more bids. In 2019, he released Más Futuro Que Pasado. “Futuro gives me a lot of hope,” Juanes told Rolling Stone in 2019. “Esperanza, you know — Más Futuro Que Pasado is about having the drive to keep experimenting. I want to keep writing music, I want to live more. This is the point of my life when I want to live so much. But before I do anything, I start from the roots. And from there I build my vision.”