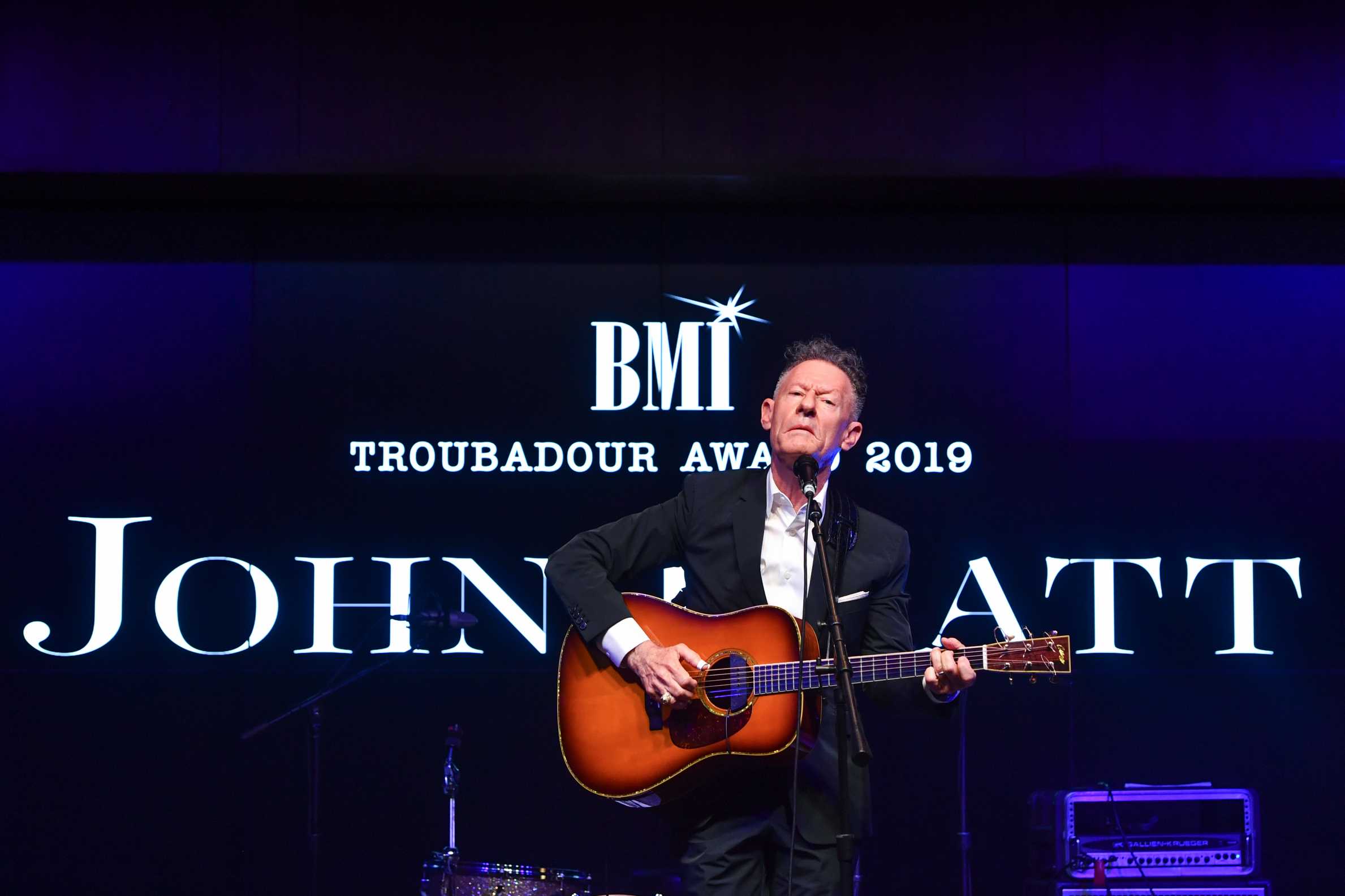 John Hiatt was honored as the third recipient of the BMI Troubadour Award during a dinner Monday night in Nashville. The songwriting mainstay, who moved to Nashville when he was just 18, follows John Prine and inaugural Troubadour recipient Robert Earl Keen in the honor. 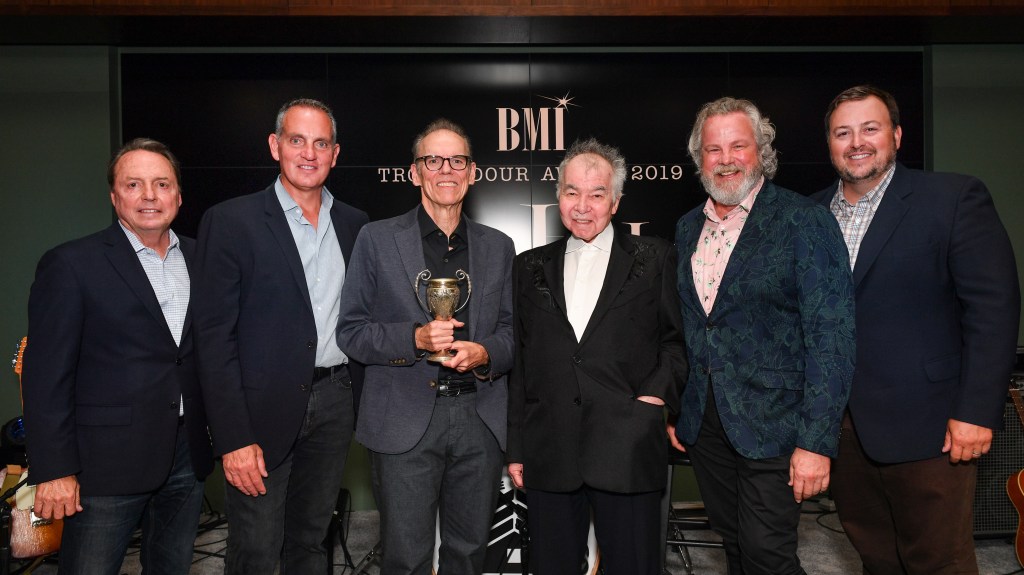 An intimate affair at the performing rights organization’s Music Row headquarters, the evening featured an eclectic lineup of artists playing Hiatt’s songs. Elvis Costello sang “Take Off Your Uniform,” off 1979’s Slug Line; Lyle Lovett offered 2011’s “Train to Birmingham”; and Delbert McClinton delivered a yearning rendition of the Hiatt signature “Have a Little Faith in Me,” providing his own harmonica accompaniment.

“To me, there is something ancient about his music, like it was always there,” BMI’s Jody Williams said onstage. “So many of the artists who have covered his songs are great writers themselves. That’s the ultimate compliment.” Among them: Willie Nelson, Jimmy Buffett, Bob Dylan, Bruce Springsteen, and Emmylou Harris.

Hiatt’s daughter Lilly Hiatt also performed, digging deep for “Ethylene,” off 1995’s Walk On, and reading prepared remarks that illuminated a surreal childhood spent surrounded by world-class musicians. In one anecdote, she recalled how Eric Clapton once phoned the house to speak with her father about recording his song “Riding With the King” as a duet with B.B. King. Her mother hung up on him.

It was that very song that wrapped up the Troubadour ceremony via a collaboration between some of today’s most promising talents. After performing a chilling version of “Feels Like Rain,” off Hiatt’s 1988 LP Slow Turning, the duo the War and Treaty were joined by 23-year-old guitar wizard Marcus King to put their own spin on “Riding With the King.” It was a staggering performance, with the bluesy voices of King and the War and Treaty’s Michael and Tanya Trotter transforming the song into an urgent testament to Hiatt’s influence. At 67, the latest Troubadour remains a beacon for both young artists and fellow legends. 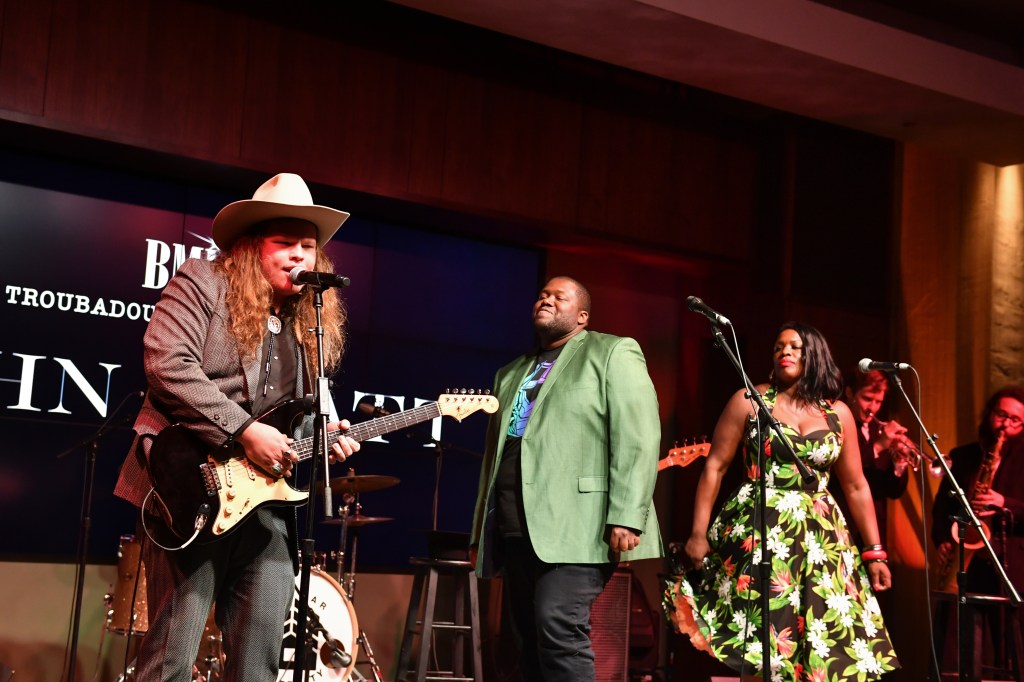 Marcus King and the War and Treaty perform for John Hiatt at the BMI Troubadour gala. (Erika Goldring for BMI)