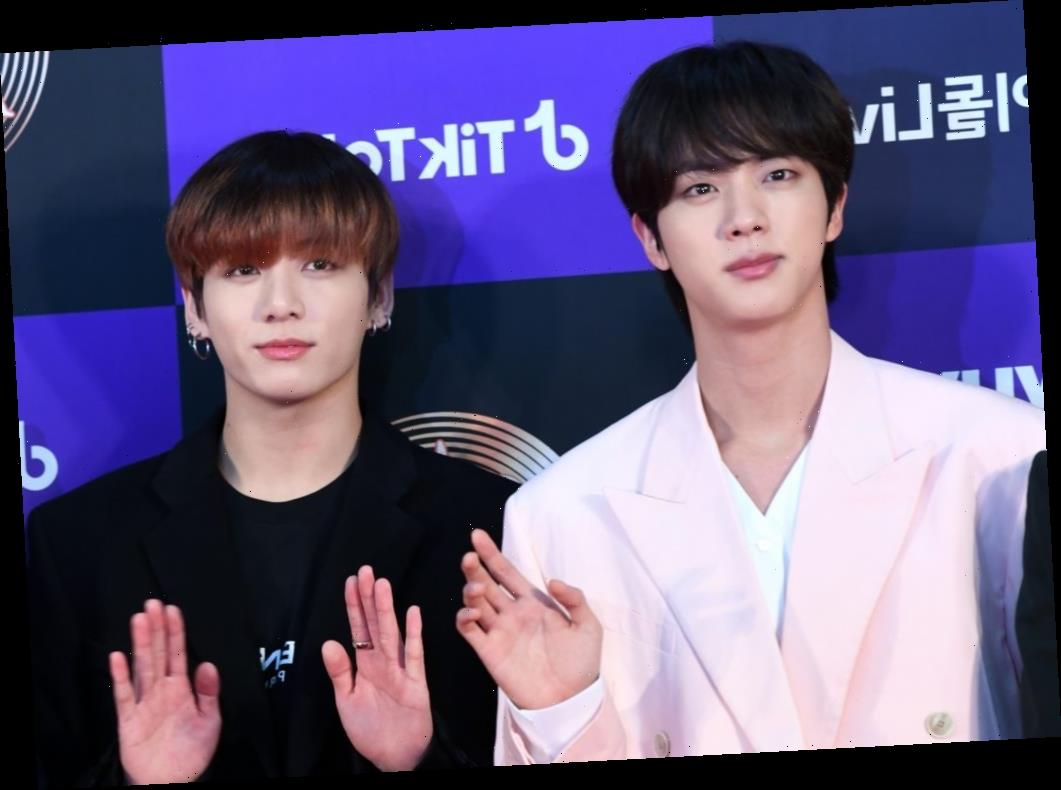 The BTS members are unique, to say the least. V hates wearing shoes. RM lost over 30 AirPods. One singer in this K-pop group, Jin, always keeps one utensil in his bag. Why is it in there? He has no idea.

Jin is the oldest member of the K-pop group, BTS

He’s a singer, dancer, and Mr. Worldwide Handsome. Kim Seokjin (also known by his stage name, Jin,) is one of the performers in the award-winning K-pop group BTS, appearing on songs like “Dynamite” and “Black Swan.” Although he sometimes acts younger, he’s also the oldest idol in the boy band.

“As the oldest member, I think I experienced the world a little sooner than many people my age, so I think I am a grown-up. I just act like a kid on purpose. But I feel like a grown-up when I talk to my friends and they ask for advice,” he said of his age, according to South China Morning Post.

For one YouTube video, the idols in this band answered questions within seven seconds. One of the questions asked was what Jin has in his bag. Surprisingly, the performer shared that he always has a utensil with him. In true Jin fashion, he doesn’t know why he has it, but he does.

“In my bag is a spoon always. I don’t know why. I never use it so it’s just there,” Jin said during the interview. He laughed right after he answered the question. He wouldn’t be the first BTS member to carry a bag, as J-Hope had a bag that he personally handed to a fan after a concert.

Jin and other BTS members commented on their latest song, ‘Dynamite’

This 7-second interview brought a few other unique answers from the BTS members. Fans learned how Jin describes dynamite, (like a “boom,”) and how RM would avoid getting hit by dynamite. There was even a clip of V throwing a basketball around.

This interview came in conjunction with the colorful, upbeat, retro song “Dynamite,” which premiered earlier during August 2020. As the first song of a brand-new era, the BTS members shared that they wanted something to make their fans happy during these trying times.

Although Jin performs songs with BTS, like the recent release “Dynamite,” he also has a number of solo songs, including “Moon” off of Map of the Soul: 7. “Epiphany” has over 85 million plays on the streaming platform Spotify.

The “Dynamite” music video is now available on YouTube. Music by BTS, including their recently released album, Map of the Soul: 7, is available for streaming on Spotify, Apple Music, and most major platforms.