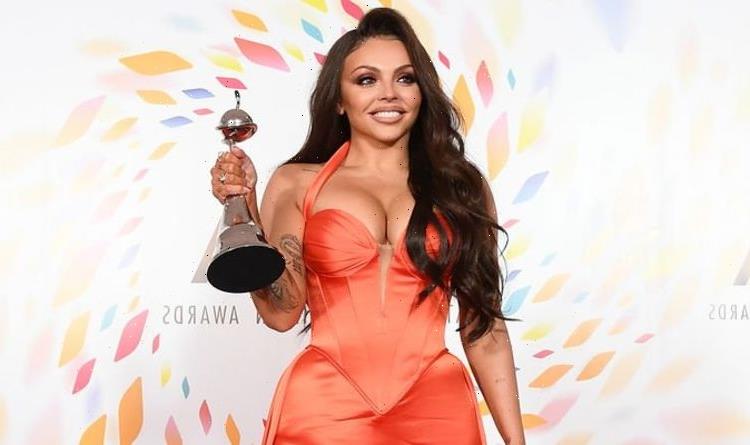 Jesy left Little Mix almost a year ago in December 2020. At the time, the star told her fans: “The past nine years in Little Mix has been the most incredible time of my life. We have achieved things I never thought possible … So after much consideration and with a heavy heart, I’m announcing I’m leaving Little Mix.” Now, just hours after the release of her first single, Jesy explained the thinking behind quitting.

Jesy spoke this morning on Capital Breakfast with Roman Kemp and Heart Breakfast with Jamie Theakston and Amanda Holden to promote the charity Global’s Make Some Noise Day.

The 30-year-old said: “Do you know what? I had the best memories in Little Mix, I can’t take ever that away. We laughed so much, we had the most fun together but it was just time.

“Like, I wasn’t in a good place and I’ve been very open and honest about that and I just needed to take myself out of that situation, and generally do what was going to make me happy.”

Jesy added: “Yeah, you live once and I think in life you’ve got to do what makes you happy.”

The singer was also candid about how being in Little Mix left her without much control in her own life.

Jesy said: “Do you know what, it’s not even about leaving Little Mix behind because I had the most, we had the most fun, but there was just a lot that came with being in a girl group.

“There was a lot of pressure. I didn’t have control over my life which I really struggled with, but to be in Little Mix and to be in a girl group, you don’t really have a life.

“It’s non-stop work work work, you don’t ever get any days off.”

Despite the mounting pressure, Jesy felt while in Little Mix, she had nothing but good things to say about her former bandmates, Perrie Edwards, Leigh-Anne Pinnock and Jade Thirlwall.

The British star said: “They are the hardest working girls and I… it was just so much for me and I was mentally struggling with my own issues and stuff that was going on and I just needed to take control of my life and just make myself happy and I just think you live once and life’s too short.”

She also praised her fans for noticing that she had not been “herself” towards the end of her journey in the group.

“Yeah this is the thing,” she said. “It was getting to the point where I couldn’t even hide it.”

Jesy continued: “The fans were like: ‘Jesy just seems sad all the time.’ And I’m a very honest person, I can’t fake how I’m feeling.

“And yeah, it was getting to a point where I couldn’t be myself and be happy, I knew it was right.”

The singer also gave some insight into her first solo single, Boyz, which features American star Cardi B.

She revealed: “I feel like I’ve put my heart and soul into this. But yeah, basically this has all come about, I was going through a breakup, and I was like: ‘Why do I always fall madly in love for the bad boy?’ I need to write a song about this. Because there are so many girls who can relate to that.”

Jesy continued: “Yeah. And then I was like, nobody has sampled Bad Boy For Life, how has that not happened? So I was like, this makes sense.

“I went into the studio and it was the first song I wrote which is crazy. Because normally you write 20, 30 songs and you think, they’re terrible and put them in the bin and then you eventually find your sound, but it happened so naturally and then [P Diddy] obviously heard the song, loved it, and then I wanted him in the video and he said yes!

Jesy’s song Boyz is out now.