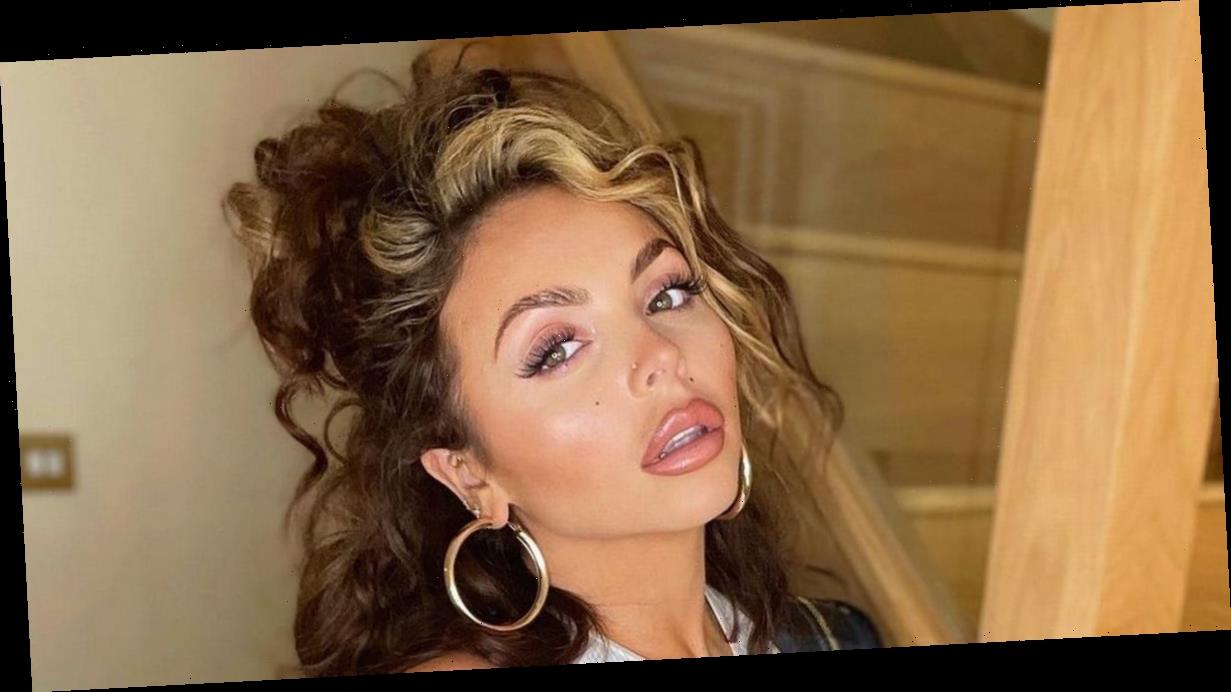 Jesy Nelson burst thermometers with yet another string of gorgeous selfies.

The 29-year-old singer, who made her departure from Little Mix last year, showed off her rippling abs in a teeny white crop top.

Her hourglass figure was on display as she posed up a storm in the figure-hugging garment.

The sizzling siren wore a cool two-piece on top of her microscopic top, the colourful plaid and patchwork jacket and trousers adding even more style to the look.

Jesy shared a trio of sexy snaps as she worked her posing magic towards the camera in a series of effortless positions.

In the first selfie, she smouldered while gazing at the camera as she leant against her wooden bannisters.

The second picture saw Jesy posing in the same position beside her staircase as she posed with her head tilted back sexily.

In the third photograph, Nelson sat down on her wooden stairs as she posed up a storm once again while pouting beautifully.

Jesy's brunette curls were styled in a fabulous up-do, her blonde highlights on display as they fell over her face.

The former Little Mix star shared the snaps with her 7.7million followers on Instagram.

She captioned the post: "Studio attire", teasing fans as she appeared to be working on new music after going solo.

Her devoted fans rushed to leave a comment, showering Jesy with compliments and adoration.

While another penned: "SOOOO STUNNING".

"Beautiful as always", gushed a third.

Jesy recently sparked rumours she has got back together with her ex, Harry James, after eagle-eyed fans noticed both of them posted pictures of the same takeaway.

Fans made the connection as they spotted that the pop star shared a takeaway with a male companion from posh sushi restaurant Roka.

Harry then posted a picture of the exact same takeaway on his own Instagram story.

The couple dated for 16 months and attended the Brit Awards together before deciding to call it a day back in 2018.

Speculation about the lovebirds comes after rumours that Jesy has split from on and off boyfriend Sean Sagar.