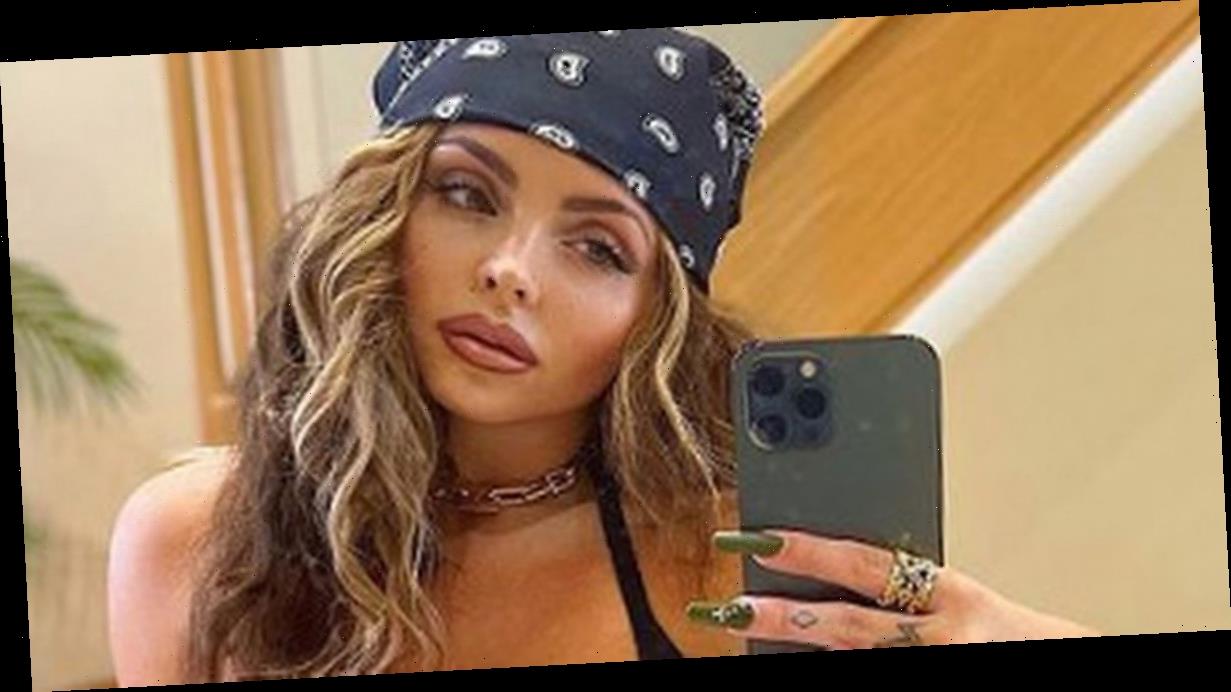 Ex Little Mix star Jesy Nelson sent fans into meltdown as she teased that new music could be coming their way soon.

The 29-year-old headed to the studio alongside Patrick Jordan Patrikios – a British record producer – and multi-platinum selling songwriter Sunny of Sunny Music.

Jesy looked incredibly happy as she posed for a trio of images alongside her studio chums while wowing in a very skimpy top that exposed her washboard abs.

Looking stylish and on-trend she rocked the cleavage flashing item with a high waisted pair of light wash denim jeans.

She teamed her took with beige oversized cardigan and accessorised with two gold chunky choker chains.

Setting herself and her natural stunning curly locks free after leaving the girl band, she not only oozed bucketloads of confidence but seemed to have found some inner peace after taking some time out.

Another added: "We love seeing you so happy."

A third asked: "Does gang gang want to tell us something?"

"I'm so excited you have no idea," chimed a fourth.

While many others gleefully penned: "JN1 is coming."

Meanwhile, her former bandmates Perrie Edwards, Leigh-Anne Pinnock and Jade Thirlwall sent shockwaves of sadness across the Little Mix community as they appeared in their first magazine cover since Jesy's departure from the group.

The now trio, confessed that Jesy leaving the band had been an eye-opener and that the girls are now spending less time together as result.

Speaking to Glamour Magazine Jade said: "I'm not saying that we're codependent, but we do heavily rely on each other, so it's been healthy to take a step back and think, 'What do I want?'

"As we come together and work together this year, we'll have an even better and healthier relationship with that perspective.

"This time's taught me that I am still figuring out who I am, too… It's beautiful that we're still a group, but we want to help push each other to do our own thing, too."