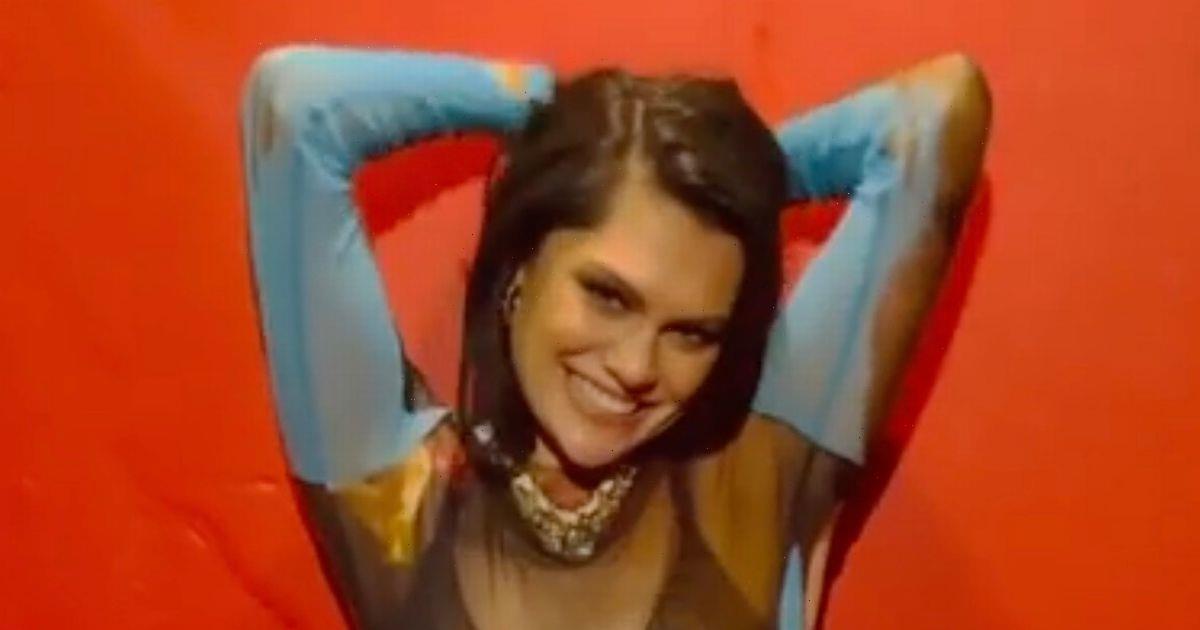 Jessie J has wowed fans in a lingerie set from Kim Kardashian's brand SKIMS, teaming it with a black and blue mesh Givenchy maxi dress over the top.

She added a chunky gold Versace necklace to the bold look and also rocked a pair of gold hoop earrings.

Jessie's dark tresses were styled in a side parting as they cascaded down to her shoulders in loose curls.

Jessie, who is currently in New York City, also wore a pair of towering black heels and danced around in a clip, captioning the post: '"The big [apple emoji] does something to me."

Following her wardrobe workout, Jessie sang to an audience including her record label as she sang Big White Room.

She wrote along side a clip: "Went and sang Big White Room in my labels @republicrecords faces for memories of when they met me 16 years ago lol."

The Price Tag singer was snapped hugging and kissing the Danish-Israeli basketball player while they waited for food at Besties Vegan Paradise in Los Angeles.

The pair were first rumoured to be an item after they appeared together in a now-deleted Instagram picture taken during a Caribbean holiday in March.

In 2018, Jessie confirmed she was in a relationship with Hollywood actor Channing Tatum following his split from ex-wife Jenna Dewan.

Their on-off relationship lasted for two years going their separate ways in October 2020.

Jessie – whose real name is Jessica Ellen Cornish – then started a relationship dancer with Max Pharm Nguyen but the couple split after seven months together in October 2021.