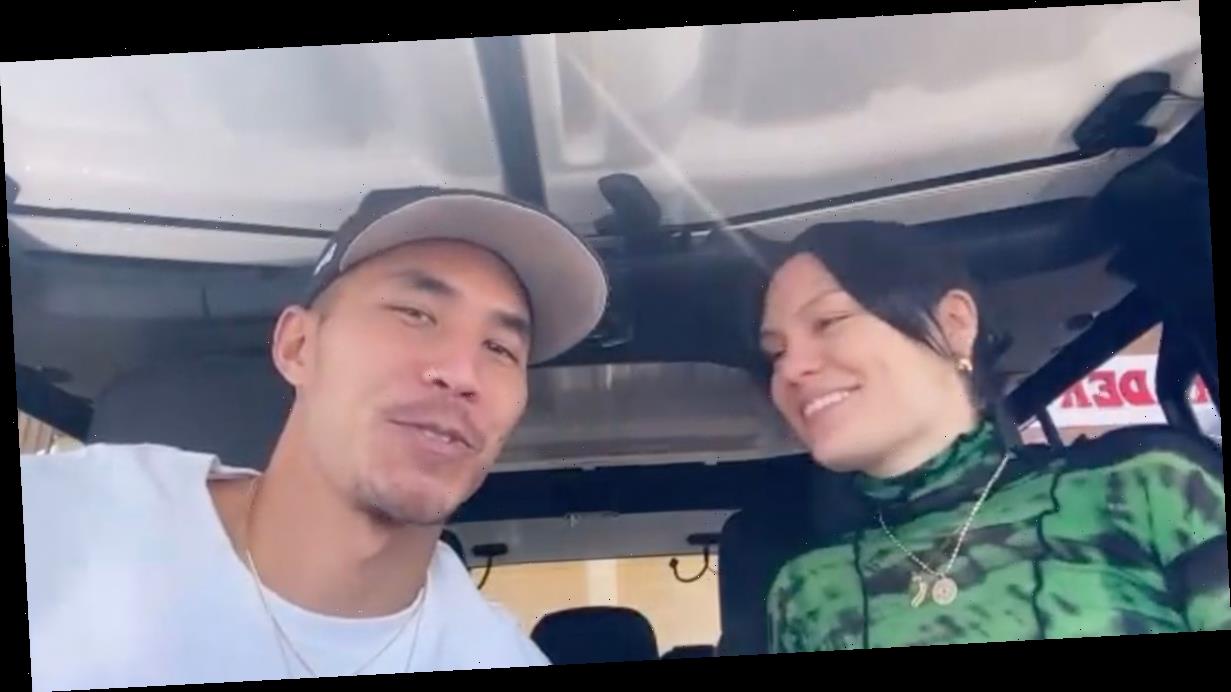 Jessie J shared a passionate smooch with her new boyfriend Max Pham Nguyen as the hot couple filmed the steamy moment while inside a car wash.

The Bang Bang songstress, 33, looked smitten with her dancer and choreographer boyfriend in the sultry clip.

Peaches by Justin Bieber was playing in the background of the footage as the couple kissed before Jessie proceeded to lick Max's face as he smiled.

The Not My Ex hitmaker then pushed the phone camera downwards after the romantic moment.

Jessie shared the video on her Instagram stories with her 9.5million followers.

Jessie then shared a picture of herself sitting alongside Max as she added: "Errands day."

The pop sensation confirmed her relationship with Max last month after she split from actor Channing Tatum in October last year.

Former The Voice judge Jessie dated actor Channing on and off from April 2018 before revealing she was single last year.

Last month, the singer revealed that she is more focused on getting back to music rather than fame after some personal changes that happened in her life.

She revealed: "I have never been that kind of person".

Jessie added: "I know it sounds clichéd, but genuinely I love to sing.

"The most important direction for me is to be authentic to who I am."

"I definitely think I've come off that path in moments, but I feel now I’m starting my career again, which feels amazing", the star said.