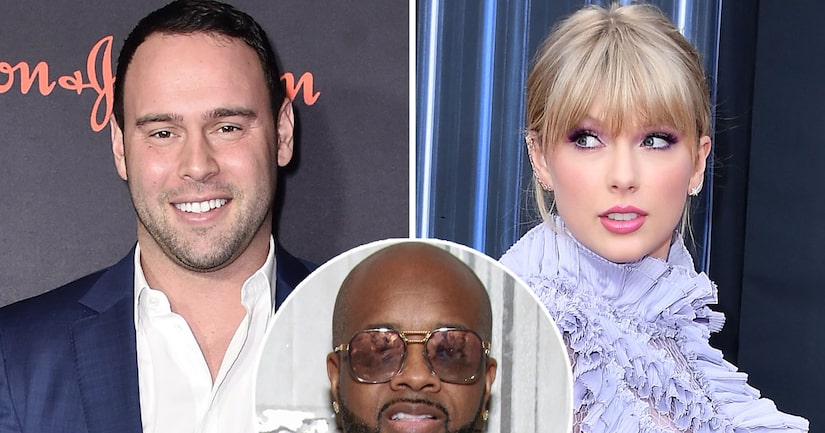 “Unfortunately, she was not privy to know the man that owned [her masters] was trying to sell them,” the music producer and hip-hop legend says.

Jermaine Dupri is taking a staunch side in the Taylor Swift–Scooter Braun feud that began last month.

The music producer and hip-hop legend is Team Scooter and feels Swift is projecting her anger onto the wrong person.

"It is a business deal where he got everybody’s masters. She is just mad," Dupri told Page Six. "It’s not just her … he has other masters and, unfortunately, she was not privy to know the man that owned them was trying to sell them. That’s the person she should be attacking."

On June 30, it was revealed that the music manager to the stars bought Scott Borchetta’s record label, Big Machine Label Group, for a whopping $300 million. Big Machine was in possession of the masters of Swift’s first six albums, and she didn’t want a man who she feels has "incessantly, manipulatively" bullied her and tried to dismantle her career to own them.

But Dupri maintained that "Scooter didn’t buy the masters because he disliked Taylor Swift."

"Me and Scooter always have conversations about anything he is going through," Dupri noted, pivoting to a story about when Justin Bieber, one of Scooter’s many A-list clients, "was off track."

"One time he and Justin were not in sync," Dupri explained. "Justin was off track. Justin was like, wearing gold teeth and hanging out with Lil Twist … I told [Scooter], ‘You got to get the Justin situation right.’ And he did — he got him back in the studio, and he went back to making music."