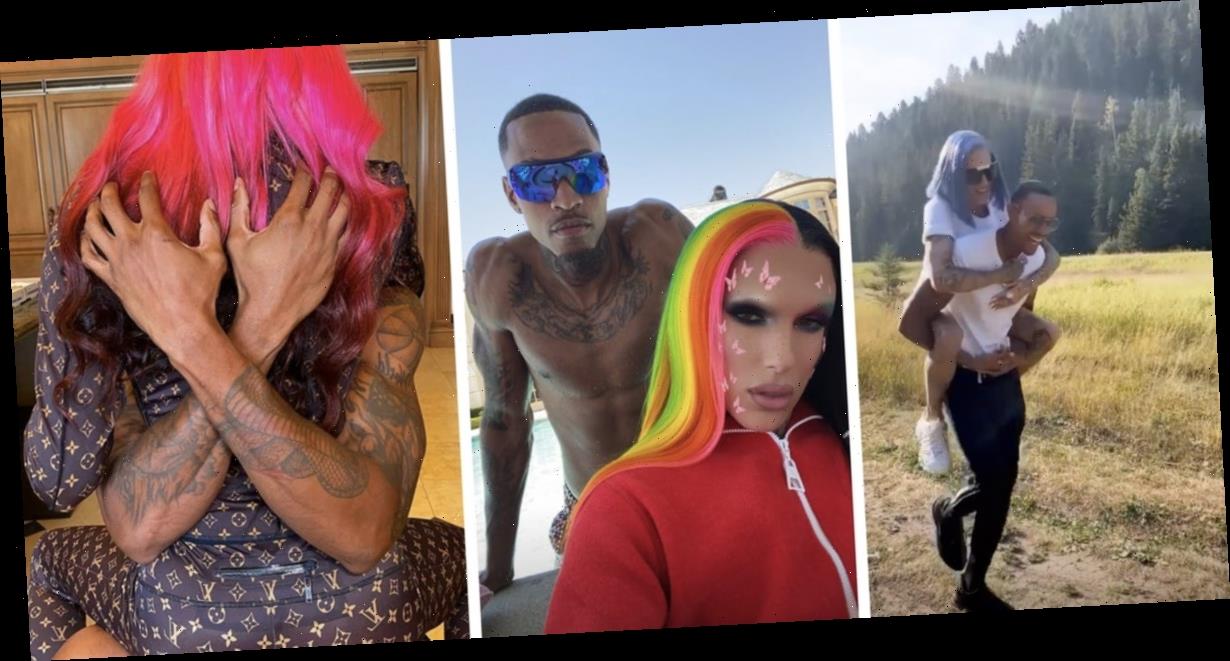 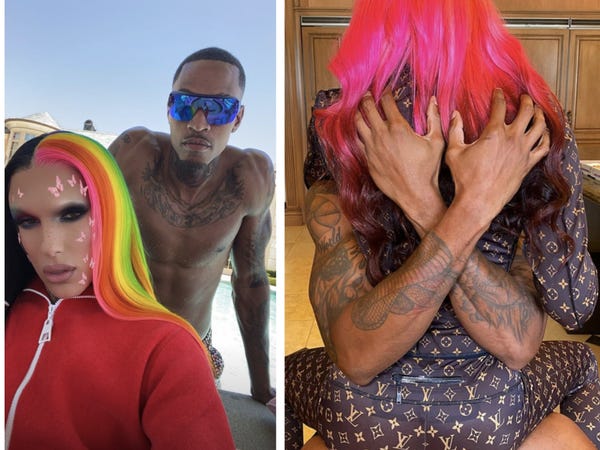 Makeup mogul and YouTuber Jeffree Star has a new rumored boyfriend almost eight months after announcing his break-up with his previous long-time boyfriend Nathan Schwandt. The new man, professional basketball player Andre Marhold, first appeared on Star's Instagram on August 22, in a picture of Star sitting on his lap, which obscured his face.

Online sleuths were able to match the visible arm tattoos to pictures of Marhold, who currently plays in Europe as a small forward for a German team. As soon as the popular Instagram celebrity gossip page The Shade Room posted pictures of Marhold, his name circulated on social media.

Since then, Star has posted several pictures of him and Marhold that show his face. Marhold set his Instagram account to private, and Star hasn't confirmed either Marhold's name or that they're dating, but he's tweeted about the relationship's detractors several times — and even implied legal action could be taking place.

Here's what we know about Marhold, the relationship, and the drama that has unfolded.

Star's first post with Marhold revealed his easily identifiable arm tattoos, which made him and his basketball career traceable. 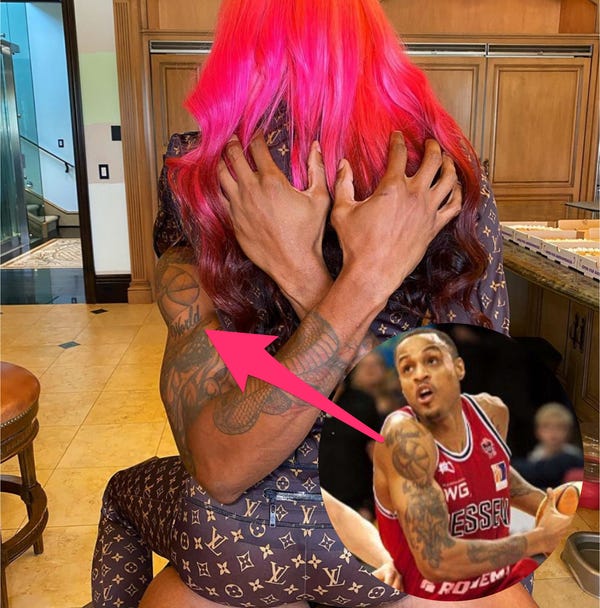 Compared to Star's nearly 15 million Instagram followers, Marhold is practically a private citizen. So when Star posted a picture of himself on Marhold's lap on Instagram on August 22, a lot of eyebrows raised, but it took a few days to identify the faceless figure.

What helped online sleuths were the visible arm tattoos in the photo. Star may not have posted Marhold's full identity, but by including the tattoos, he gave his audience a direct path to finding his rumored boyfriend. A distinctive basketball on Marhold's right bicep was the most easily identifiable ink that matched his Instagram pictures.

The Shade Room, a celebrity gossip page on Instagram with more than 20 million followers, first posted a video and some pictures snagged from Marhold's Instagram and elsewhere. They didn't include his name, but wrote he was "a professional basketball player overseas," and that was enough for Marhold's name to circulate on social media.

#PressPlay: Whew! We found the man that #JeffreeStarr was posted up with, and he’s a professional basketball player overseas, y’all! 👀 (SWIPE)

So just who is Marhold? He plays for a German team called the 46ers as a small forward and Barstool Sports described his post-collegiate basketball career as "below average." From 2009 to 2013, Marhold played basketball at Duquesne University in Pittsburgh, and he appears to be based in Atlanta when he's in the US.

On his Instagram, which Marhold set to private after his identity was revealed by The Shade Room, he describes himself as CEO of the Belle Agency, which has a small Instagram page and doesn't list its services, but appears to be a modeling agency.

Star and Marhold had no known ties before August 2020, but Marhold has since been exposed to Star's luxury lifestyle as a celebrity makeup guru. 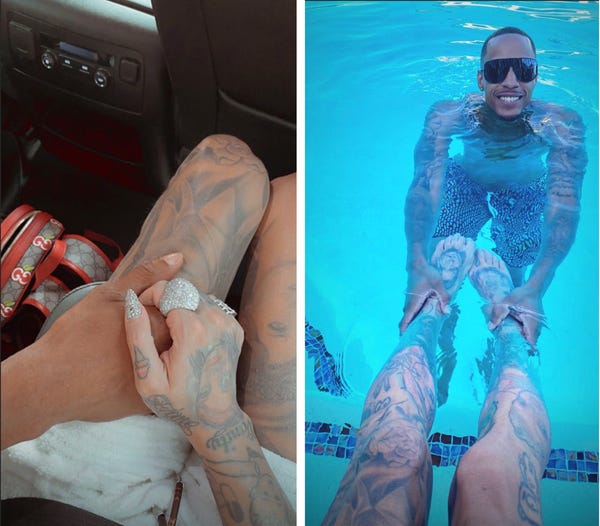 It's unclear how long Star has been seeing Marhold, if they're official, or how they met. Star has never posted about or with Marhold before, and the two have no known ties prior to their current relationship.

Since his August 22 post, however, Star has posted about Marhold almost every day. On his Instagram stories, Star has showed Marhold and him at the luxury ranch property Star says he recently purchased in Wyoming.

On August 24, Star tweeted that he was flying out "some friends" and his team to his Wyoming ranch to celebrate his latest makeup launch, and he's since posted from both Wyoming and Montana, where he and Marhold appear to have vacationed.

Star has posted pictures of Marhold with him at both the Wyoming property and at his $14.6 million Calabasas mansion.

The pair have also received a lot of attention, and a significant amount of it is negative. 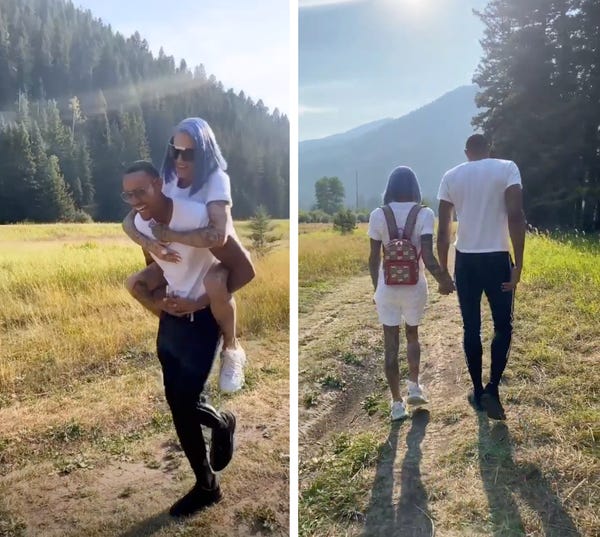 When The Shade Room identified Marhold, "Jeffree Star" trended on Twitter in the US throughout the day. Several negative tweets that mocked Star and Marhold's relationship went viral, with one comparing Star to a zombie from the Will Smith movie "I Am Legend" and racking up nearly a million likes.

As his name trended, Star tweeted a few not-so-subtle nods to the gossip, speculation, and negativity. He's also addressed some of the homophobic reactions the pair has gotten, which is apparent from social media posts and comments about them.

After Marhold was identified and Star started sharing pictures with his face in them, he also quote-tweeted a few people pushing back against the criticism.

Marhold's self-identified ex-girlfriend and the woman who appears to be the mother of his child have both weighed in. 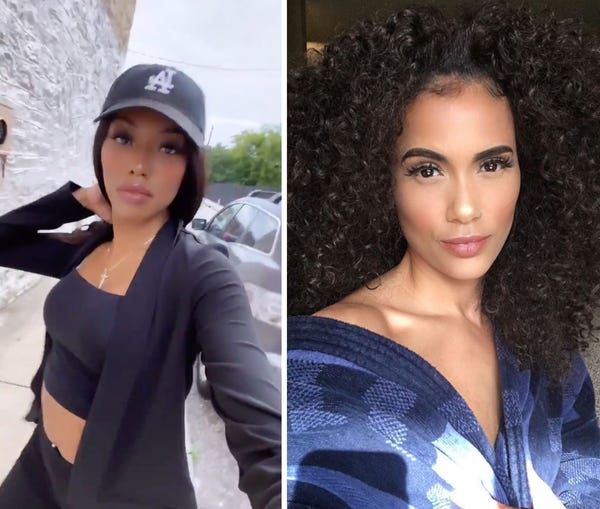 Some of Star's tweets have also appeared to reference Marhold's exes, who have gotten their own dose of social media attention. One woman, an Atlanta-based makeup artist who goes by Lauren on Shopify, has claimed in a series of tweets and social media posts that she's Marhold's most recent ex.

Lauren wrote that she and Marhold were living together at the beginning of 2020, and her tweet reacting to The Shade Room's post about Marhold and Star received more than a quarter of a million likes.

She wasn't the only ex of Marhold's to react to the news. A woman who claims to be the mother of his son, who goes by Leezy on Instagram and describes herself as a fitness instructor, model, and actress, wrote an emotional reaction on Instagram that The Shade Room shared.

Star has responded to Marhold's exes, though not by name, through vague threats on his Twitter account. 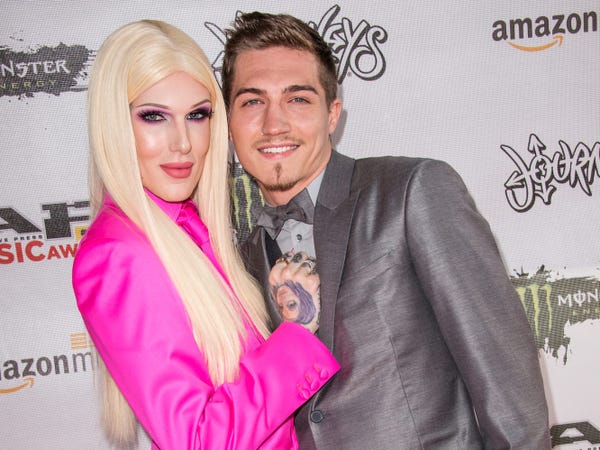 While Star didn't respond to either Lauren or Leezy by name, some of his tweets seemed to be in response to both women, and in a Snapchat rant he denied the rumor that Marhold had been married before he and Star started "hanging out."

Lauren continued to tweet about Marhold dating Star, pointing out Star's racist past and implying that he's paying Marhold.

Lauren even quote-tweeted Star, who claimed he doesn't give money to anyone he's dating, and implied that Marhold was currently sending her "sexual videos" from Star's home.

In what seemed to be at least partially a response to Leezy, Star then dismissed rumors that Marhold had been married at the time they started dating (or ever) and tweeted that any marriage certificate would be public record, implying that it doesn't exist.

In a rant on Snapchat, Star said "I didn't steal anyone's f—ing husband."

Star also tweeted about how any marriage license would be public record, and he tweeted that his lawyers had been "really busy lately."

A lot of the negative response stems from Star's heavily documented racist past. 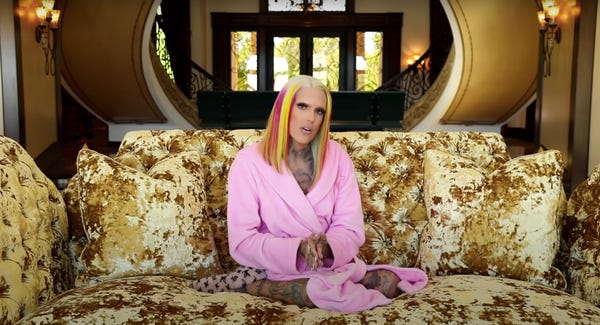 The undercurrent of a lot of the negativity toward Star and Marhold is Star's well-documented racist history online. At the beginning of his online career in the early 2000s, Star was a provocative, politically incorrect Myspace star.

Due to Star's past, a lot of his and Marhold's detractors are basing criticism off their assertion that Star is racist — which he denies. People are criticizing Marhold for his apparent willingness to date Star, with his ex specifically calling him out for being Star's "toilet paper" and noting that Star "doesn't even like black people."

There's also an assumption that Star is using his relationship with Marhold to look less racist, especially because Star is rebounding from a summer of controversy, where his and his friend Shane Dawson's old posts have resurfaced and been condemned.

A lot of footage from Star's Myspace era shows him saying and doing racist things, including harassing people on the streets with a taser and the "n-word" slur. Star also used racist language to refer to Mexican people and jokingly threatened to lighten a woman of color's skin with battery acid during an old video skit.

In more recent years, people have accused Star of continuing to use racist slurs behind closed doors, including a former friend who most recently said Star used a derotagory slur targeting Jewish people in February 2020 to refer to musician Gwen Stefani.

In June 2020, a Black male beauty microinfluencer who has appeared in Jeffree Star Cosmetics ad campaigns also said that Star treated him as a Black token and used him to better his own image and make himself and his company appear more diverse.

Black beauty YouTuber Jackie Aina publicly disavowed Star in 2018, and around the same time Star's former hairstylist leaked purported screenshots of text messages and a voice clip that appear to show Star using the "n-word" slur in texts and him referring to Aina as a "gorilla."

Star has addressed some of the old racist posts he's featured in, but he hasn't addressed all of the racist scandals he's been a part of, and many commentators have pointed out that he didn't actually apologize for the racist actions either. In his 2017 YouTube apology, Star just distanced himself from the behavior and said it didn't reflect him.

Rather than address those criticisms, Star has just kept posting pictures of him and his new romantic interest. 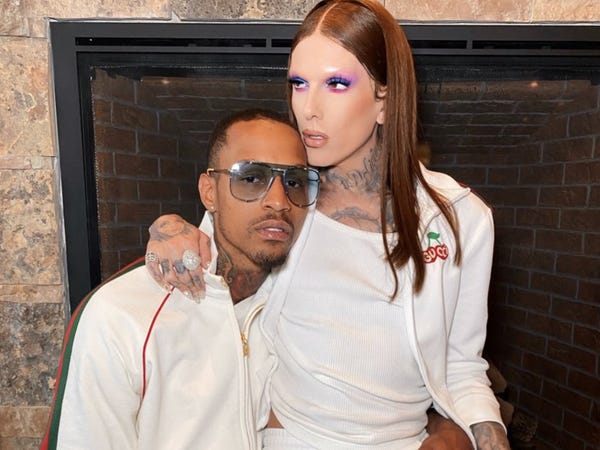 Star has avoided addressing any of the concerns around his racist past and how it affects the public's view of his rumored relationship with Marhold. However, he's kept posting pictures of himself with Marhold through it all, including a trip they apparently took to a gun range.

Marhold has yet to make an appearance on Star's biggest social media platform — his YouTube channel — and Marhold has yet to respond to any of the gossip or criticism he's received for his rumored relationship with Star.