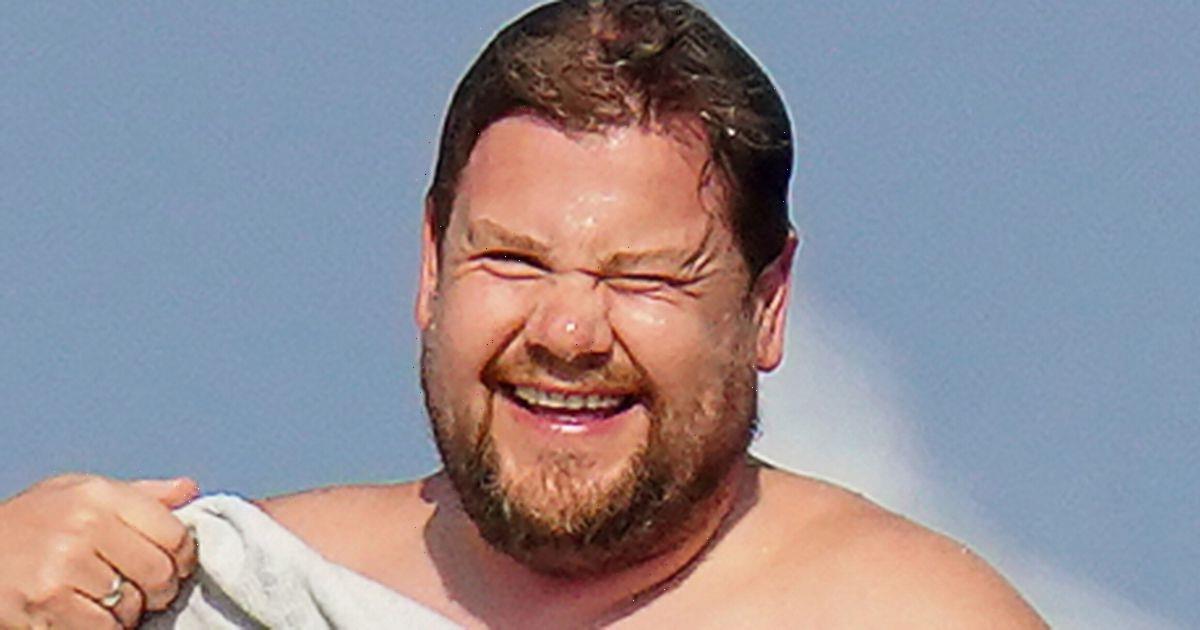 James Corden looked like he was having a great time after he was snapped on holiday taking a dip in the sea following his amazing weight loss transformation.

The TV personality and presenter, who has lost more than six-stone, was pictured with his wife Julia Carey while on holiday in St Tropez on July 15.

One snap saw James stepping onto the yacht and smiling at his wife after taking a dip in the sea, wearing red shorts and sporting a beard, while drying off with a towel.

READ NEXT: Gavin and Stacey's Rob Bryon heckled by audience baa-ing at him during nightmare gig

The presenter's phenomenal weight loss could also be seen in sun-kissed snaps from the back of a boat as he took in the beautiful surroundings of St Tropez.

James could be seen in the photographs wearing a navy blue polo shirt and grey shorts, showing off his slimmed-down frame as he helped a friend off the boat onto the yacht.

The presenter looked content and relaxed as he enjoyed a leisurely trip in St Tropez, with James staring into the distance wearing black sunglasses in another incredible snap.

James, who announced earlier this year that he was leaving his presenting duties on the Late Late Show with James Corden in the US, has spoken openly about his incredible weight loss journey.

The host, who said he weighed more than 21 stone (294lbs) at his heaviest, teamed up with Weight Watchers in January 2021 and revealed to The Sun the secrets behind his transformation.

As well as revamping his eating habits, James also attends boxing sessions with a personal trainer each morning, saying: "I have a trainer who I box with most mornings, and so far today I've had an apple."

He also recently completed a four-day transcendental meditation course, which he said teaches you to "settle the body down to a state of restful alertness".

The star has since become an ambassador for Weight Watchers, revealing that his son was the reason behind his lifestyle change.

He said in a statement in 2021: "I want to change the way that I live. I want to be better for my children and for my family.

"I don't want to wake up tired or feel embarrassed when I’m chasing my son on the soccer field and out of breath after three minutes.

"The weight is not the issue, it's the wellness of it I am ready to tackle. I'm going to take this year and work towards getting healthy."