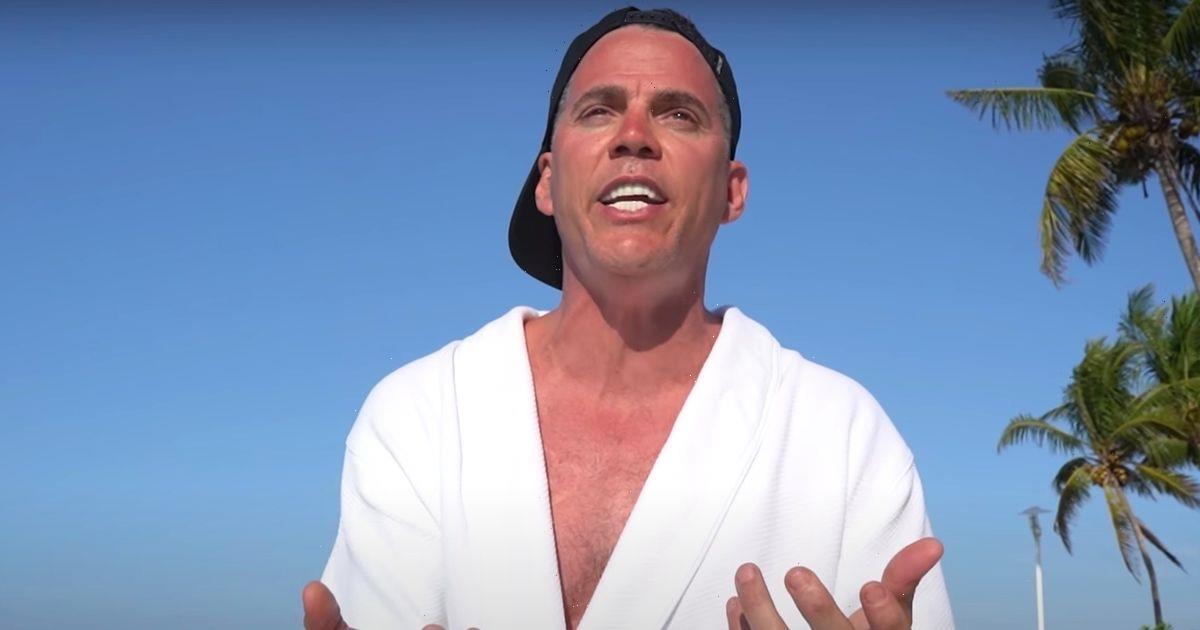 Jackass star Steve-O – real name Stephen Gilchrist Glover – revealed how he had a doctor dressed up as a clown ‘paralyse’ him from the waist down for a sick stunt.

It comes as the fourth Jackass film is set to be released in September.

And in a gruesome YouTube video, the 46-year-old let fans in on a few of the stunts they can expect for the much-anticipated stunt flick – including the moment a "four-inch" needle was inserted into his spine to numb his bottom half.

Sharing his plans, Steve-O revealed: "I might have actually talked a doctor into dressing up as a clown so that he could put a four-inch needle into my spine and inject me with a drug that would paralyse me from the waist down while I was sprinting, and before all kinds of terrible sh*t happened to me."

The flinch-inducing clip shows a cannula inserted into his spine, with a scarily long needle joining it to inject the drug.

The stuntman could then be seen wearing a helmet as he attempted to run with his legs numbed.

But that wasn’t all – he also told the camera that he’s preparing to beat a world record.

"I’m getting ready to do a world record highest belly flop ever performed into pure p*ss.

"That’s why I have 190 gallons of p*ss in my front yard at home," he explained, before treating viewers to a shot of some bottles of frighteningly dark urine stagnating in the sunshine in his garden.

In the video, Steve-O also shared that he’d received both his Covid-19 vaccinations and was fully prepared to get back out into the world again.

He’s also been busy refining his tattooing skills, and shared that he even went on a trip to tattoo American rapper Post Malone.

Steve-O also paid a visit to his family in Florida, but said they have a blanket rule that he can’t talk about any "dangerous stuff" until "it already happened and I’m okay".

Although the last Jackass film was released more than a decade ago in 2010, it clearly hasn’t stopped Steve-O’s search for the next adrenaline boost, as last year the emergency services had to be called as he duct-taped himself to a billboard in Hollywood.

The stunt was to advertise his latest series Gnarly, and he shared the crazy clip on Instagram, telling his fans: "I’m attached to a billboard right now. And I want to emphasise that a team of real professionals rigged everything safely.

"There is zero chance of me falling, and it’s important to me that we not waste any valuable city resources on this. I’m happy to just hang out."

But later, police were called to the scene at around the 90-minute point, with firefighters showing up later to cut him loose.