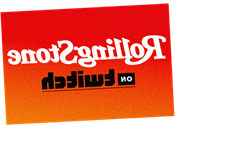 Rolling Stone on Twitch is set to stream five days a week, and the channel will host an array of guests: both emerging and established musicians, comedians, actors, political figures, and journalists. The channel will be home to a two-hour live variety show on Mondays, Wednesdays, and Fridays, and it will host live music performances on Tuesdays and Thursdays. The first week of programming will include live performances from Marcus King and Ted Park.

The channel focuses heavily on connecting audiences and providing a unique experience to interact directly with their favorite artists and performers. As Executive Producer Christopher Cruz explains, the goal for the channel is to introduce audiences to Rolling Stone in an entirely new way. “This channel is a labor of love for the Rolling Stone staff, and is an opportunity not just to bring our brand of storytelling to new audiences, but make them a part of the story.”

The partnership comes as an opportunity for Twitch, a livestreaming platform owned by Amazon known for its gaming community, to expand its audience. This follows a string of arrangements, including live broadcasting Thursday Night Football games and partnering with AMC to create a channel solely focused on The Walking Dead.

To watch the channel live and join the community, tune in weekdays at Twitch.tv/RollingStone. Follow us for live alerts and subscribe for additional bonuses.