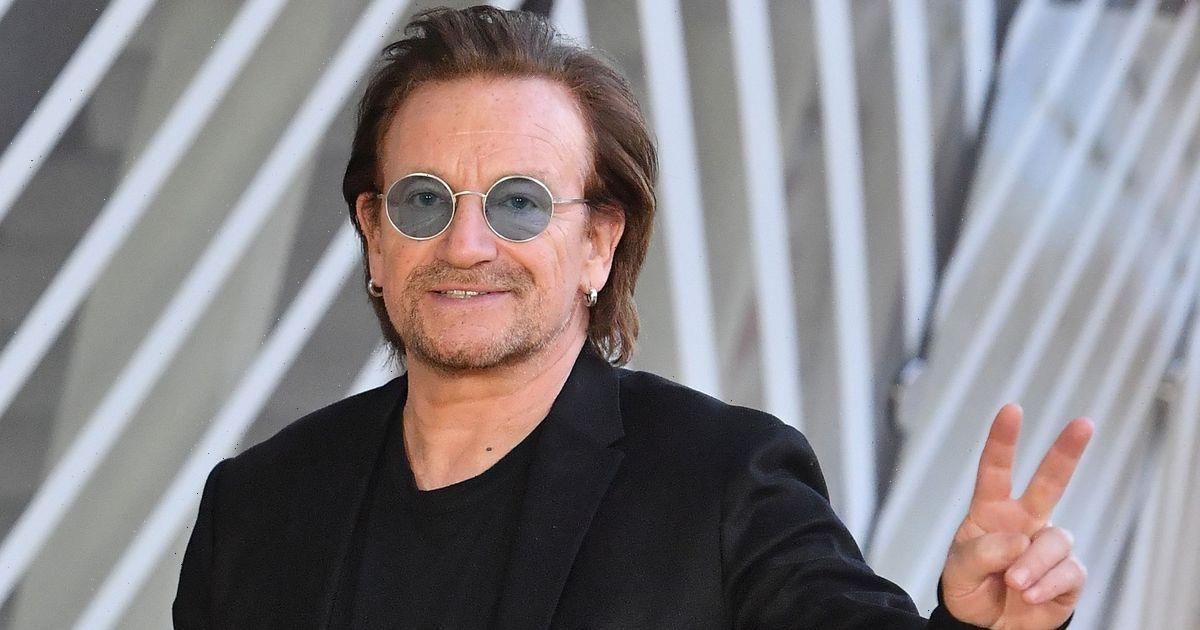 Bono is undeniably one of the most famous men on the planet, but his family are stars in their own right.

The Irish hitmaker has won a whopping 22 Grammy Awards during his time in U2, and he's been inducted into the Rock and Roll Hall of Fame.

The stadium-selling rock band have played on the biggest stages in the world and remain one of the best-selling acts of all time, with an estimated 150-170 million records sold around the globe.

Just some of Bono's epic achievements include meeting the Pope, opening Live 8 with Sir Paul McCartney and featururing on the famed Band Aid charity hit, Do They Know It's Christmas (1985).

However, some of Bono's fans might not know just how famous his wife and children are, which suggests stardom runs in the family.

Bono met his beautiful wife Alison when they were both students at Mount Temple Comprehensive School in Dublin, Ireland.

As the story goes, the singer walked her to the bus one day and he became Ali's boyfriend when she was just 15 and he was 16.

Their romance blossomed and they later tied the knot at the Old Guinness Church of Ireland in Raheny on August 21 in 1982.

Ali originally intended to become a nurse, but she later earned a politics and sociology degree from UCD; the dedicated scholar sat one exam just two weeks after welcoming the couple's first child, Jordan.

She later turned her talents to humanitarian work and is now a global activist, after being inspired by her U2's 1985 Live Aid performance.

In 1994, she became a patron of Chernobyl Children's Project International and became a director of the board in 2007.

The campaigner has also co-founded two ethical businesses, Nude Skincare products in 2007 and the EDUN fashion line in 2005, the latter of which was set up to promote fair trade with Africa.

Her smitten singer husband has used Ali as inspiration for a number of U2 hits, including Sweetest Thing, which was reportedly penned as an apology to his wife for having to work in the studio on her birthday.

The singer's eldest daughter, Jordan, has followed in her mother Ali's footsteps in becoming an activist and entrepeneur.

The New York-based businesswoman was born on May 10 1989, and she's gone on to excel in academics at Columbia University with a politics degree and creative writing Master's.

In September 2018, she featured in Vogue alongside 33 other international business stars before making the cut of Forbes' famous 30 under 30 list.

Bono's daughter Eve is a Hollywood star, which might make her the most famous of the Irish singer's brood.

Many fans will recognise her as Adele from Netflix's chilling thriller miniseries, Behind Her Eyes.

Born on July 7 1991, Eve always dreamed of becoming an actress, so she kickstarted her dream at 18 when she left Ireland to study at New York University's Tisch School of the Arts.

The starlett has already acted in huge projects, such as Steven Spielberg's Cold War film Bridge of Spies, where she played Tom Hank's daughter.

She later landed the role of Maid Marian in a modern adaptation of Robin Hood, where she worked alongside Jamie Foxx and Taron Egerton.

Bono's son Elijah seems to have taken a leaf out of his famous father's book, because he's formed his own successful rock band called Inhaler.

The singer was born in August 1999 and started his band with three of his pals from St Andrews College in Blackrock in 2012.

The boys have already been making waves in the industry after singing to Polydor Records, having supported the likes of Noel Gallagher and Blossoms on tour in 2019.

The group also ranked fifth in the BBC Sound of 2020 list and landed on the NME 100's own shortlist.

They dropped their debut album, It Won't Always Be Like This, in July 2021, which entered the UK Album Chart at number one.

Elijah admitted his parents weren't immediately enthused by his ambitions to become a performer.

He told GQ: "At the beginning, they weren’t really. I mean, they wanted me to go to college, you know, like all of our parents."

"I think they just kind of saw that I loved it and that we were good," he added.