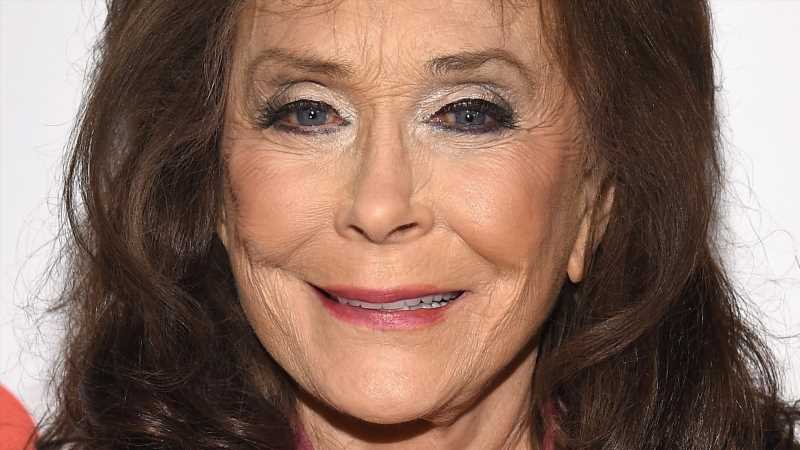 Sisters Loretta Lynn and Crystal Gayle are both country music legends. Despite the 19-year age difference between the two (Lynn was born in 1932 and Gayle in 1951), both have found the same calling (via The Boot). Lynn naturally began her career before her much younger sister and was a trailblazer in the profession. Becoming one of country music’s most popular performers, she paved the way for other female singers in the genre, including her sister. Gayle came onto the scene around 45 years ago when she released her first album and rose to the top of the music charts (via Variety). Her hit songs include “Talking in Your Sleep,” “Wrong Road Again,” and, one of her top ballads, “Don’t It Make My Brown Eyes Blue.”

Gayle spoke to Variety about what it was like to follow in her sister’s footsteps and if she was prepared for the difficulties of being a country star. “So I thought, ‘This is simple. You just go to Nashville and record songs, and you have hit records.’ I loved singing and I loved what I was doing, though I probably did more things because the agency wanted it than because I enjoyed it,” she said.” My sister was more ambitious.” Lynn’s ambition is undeniable as she was inducted into the Country Music Hall of Fame in 1988 (via Country Music Hall of Fame).

Despite the age gap and personality differences, sisters Lynn and Gayle are close, reports The Boot. Learn more about their unique relationship below.

Crystal Gayle spoke to The Boot in February 2017 about her relationship with her sister Loretta Lynn. Although Gayle admitted that the two bicker on occasion, she spoke highly of Lynn and reported that they don’t really have problems. While old tabloid reports spoke of drama between Gayle and Lynn, Gayle discredited them as “just gossip.” Gayle added that it is difficult for them to have problems with one another as they have both always been so busy with their careers. Overall, Gayle looks up to her sister.

“You know, I look up to my sister … We both have flaws in different ways, but we’re not gonna tell what they are, you know? But, I mean, we love each other … We overlook [the differences].”

Gayle’s devotion to her sister was made evident in 2017 when Lynn suffered a stroke (via Taste of Country). The now-89-year-old recovered from the scare after being moved to a care home following the stroke, although she reportedly continues to suffer from other health problems (via Pop Culture). Gayle took to Twitter following Lynn’s stroke. She thanked their fans and followers for their continued love and support and added that the family was hoping for a speedy recovery.

The Associated Press also reported that Gayle made a statement in which she affirmed that her sister was “a strong woman” and that she knew Lynn would “come out of this.” Lynn has not only recovered, but also went on to release her latest album, “Still Woman Enough,” in 2021.