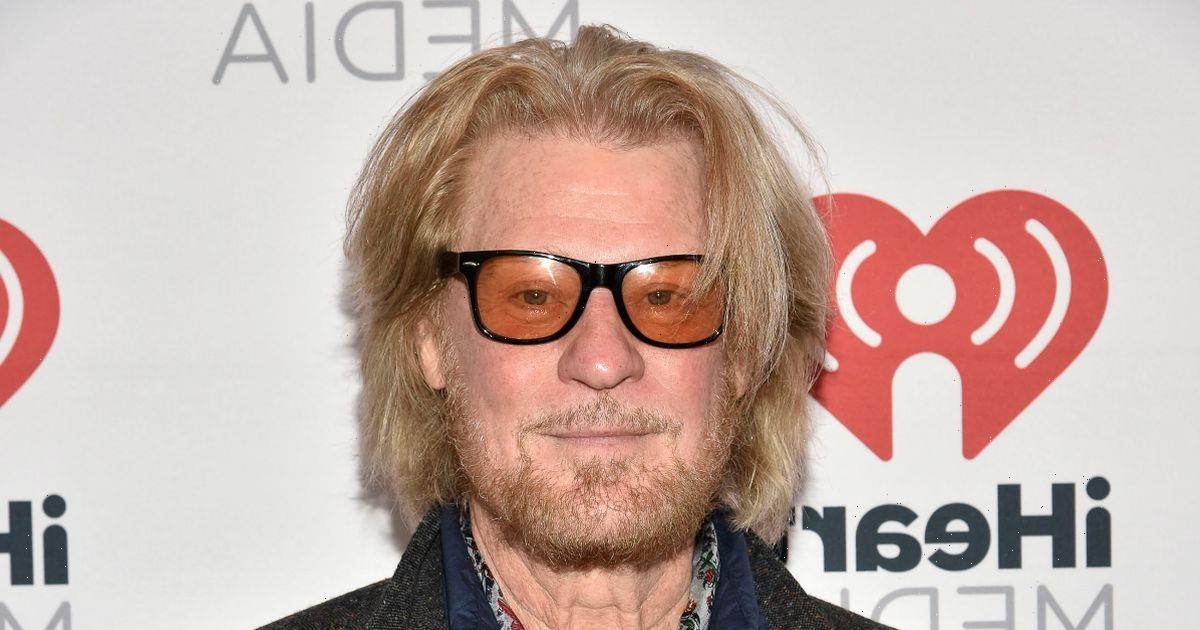 Music legend Daryl Hall, who wrote the song with the equally iconic John Oates, is celebrating his big day in a year that saw You make my dreams come true reach a landmark one billion streams.

Even Kermit the Frog sang the catchy, up-beat record on the US version of the Masked Singer earlier this year.

It is one of the many songs that he and John Oates have written in their five decades in the music industry, and to celebrate Daryl Hall's birthday, we look back on the life and career of one of music's greatest song writers and Rock 'n' Roll Hall of Fame inductees.

Daryl Hall was born Daryl Franklin Hohl in Pottstown, Pennsylvania on October 11, 1946, and it's no surprise that he took up a career in music.

Growing up, his mother was a vocal coach and his father sang in a choral group.

The music genes certainly ran in the family, with a young Daryl studying music at Temple University, where his future song writing collaborator John Oates was studying journalism.

The two first met at a concert where Daryl was performing as part of a vocal group called The Temptones, but the concert was cut short after a brawl broke out in the venue.

Quickly escaping in a lift, the two exchanged conversation, before meeting again on the Temple University Campus.

The rest as they say, is history.

Working together, Daryl Hall and John Oates released their first album Whole Oats in 1972, but had their first big success with the song She's gone, from their 1973 album Abandoned Luncheonette.

They have since gone on to sell millions of records across the world, including 1976's Bigger than both of us, 1981's Private Eyes, and 1984's Big Bam Boom.

In 1985, they also performed at Live Aid in Philadelphia, alongside Eddie Kendrick and David Ruffin of The Temptations, who they collaborated with for their classic concert Live from the Apollo, in the same year.

During Live Aid, they also provided backing vocals for Mick Jagger and Tina Turner's performance, as well as contributing to the fundraising song We are the World by U.S.A for Africa.

It's not just with John Oates that Daryl Hall has released music – he has also released a number of solo albums, including 1981's Sacred Songs, Three hearts in the happy ending machine in 1986 and Laughing down crying in 2011.

With hit, sing along songs like Maneater and I Can't Go For That (No Can Do), Daryl Hall and John Oates' music continues to be loved by generations of fans, many of who saw them on their 2019 UK tour and most recently on their 2021 US tour, which had previously been postponed due to the pandemic.

In a 2021 interview with the BBC, Daryl Hall also said that he and John Oates were working on a recording project, much to the delight of excited fans across the world.

However in 2006, he said the reason behind them not making any new music together since 2006 was because "we don't have anything to say together creatively.
"We exist for what we did together in the past," he added. "But as one grows up, one becomes more individualistic in one's life. When you are 20 years old, you need a buddy.
"When you're … 70 years old, you don't need a buddy as bad. So what we do is work separately. And we're very happy about it."

Along with John Oates, one of Daryl's song-writing partners is Sara Allen.

Daryl met Sara Allen, who was the inspiration for some of Daryl Hall and John Oates' biggest hits including Sara Smile, Rich Girl and Private Eyes, in 1972 and the couple dated for over thirty years before splitting in 2001.

Daryl had previously been married to Bryna Lublin from 1969-1972.

The couple lived for a period of time in Chelsea, London, with Daryl reported as saying in the Daily Mail, "I have an English family and I’ve lived in England for years.

"They’re extraordinary people, and I have a great family."

In 2019, Amanda Aspinall suddenly died of a heart attack aged 61 at her home in Kensington, London.

He broadcasts performances from his home and Daryl's House Club as part of his groundbreaking, web based series Live from Daryl's House, which since 2020 has also been broadcast on the channel AXS TV.

Since starting in 2007, his web series has seen him and musicians including Sammy Hagar, Kenny Loggins, Rob Thomas, Train and Fall Out Boy's Patrick Stump perform renditions of their songs and many of Daryl Hall and John Oates' hit records.

From Philadelphia to music stadiums across the world and Live from Daryl's House, generations of fans continue to discover Daryl Hall's music every day.