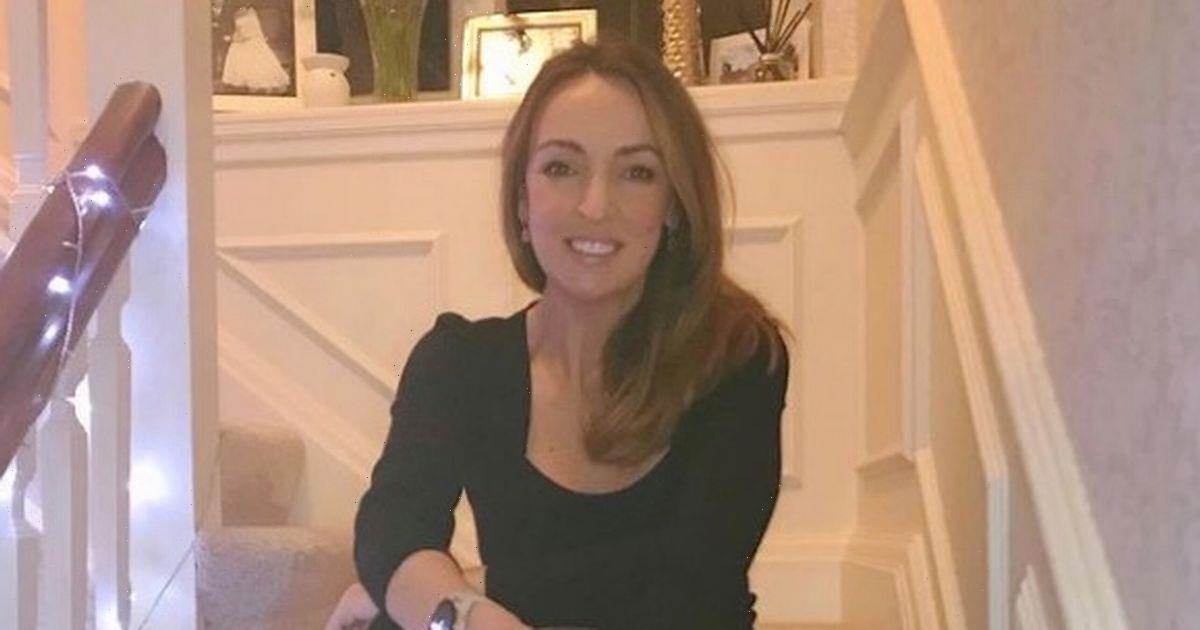 BBC Breakfast’sSally Nugent has finally been announced as Louise Minchin’s permanent replacement on the morning programme.

Louise made the decision to quit the show after more than 20 years earlier this year, and rumours immediately started flying over who would replace the iconic host.

Sally, who has stepped into Louise’s shoes more than once, seemed the perfect choice.

The 50-year-old said she was "absolutely thrilled" by her appointment, adding: "It’s an honour to take the reins from Louise."

Her co-star Dan quickly came out in support of Sally, as he posted: "She is a brilliant presenter, massively popular with the team, an excellent journalist and a great friend.

"Hopefully we’ll have many happy years on the #BBCBreakfast sofa together."

To celebrate her appointment as presenter alongside Strictly Come Dancing star Dan Walker, Daily Star takes a look at Sally’s stunning family home – from her in-house gym room to her gorgeous pet pooch.

Lockdown meant Sally had to improvise a little on her workouts, so she decided to turn one of her gorgeous rooms – decorated with dark parquet flooring – into a temporary spin studio.

The star placed an exercise bike under a gorgeous black chandelier in the room and donned her best exercise gear in order to complete a charity bike ride – the Big Bike In, back in April 2020.

Posting a cheeky selfie of her posing with the bike, Sally wrote on Instagram: "This is my before picture for the #BigBikeIn. No one will ever see the after!

Sally’s home is über trendy and embraces a minimalist chic style – especially in her bedroom.

The gorgeous room features a double bed in the centre, amid cream carpets and beige walls, with stunning gold-brown curtains to complete the look.

A tall chest of drawers stands next to the window – perfect for housing the bits and bobs Sally prefers to keep on top like a scented reed diffuser.

She looked super smart in an all-pink pantsuit as she sat cross-legged on the carpet to snap a pic with her phone held high and her brunette tresses tossed artfully over one shoulder.

Her staircase is decked out in a similar carpeting style to upstairs, but in an incredibly modern twist Sally has LED fairy lights entwined around her white banister rails, plus a sweet nod to her family with some personal photographs on the large bay windowsill.

Though Sally tends to keep her personal life private, she does regularly post pictures of one family member in particular.

Sally’s sweet Cavapoo – that’s a mix of a Cavalier King Charles and a toy poodle – Sadie, looks like she gets pampered on the reg.

And she’s even allowed up on the couch, as she snuggled close to her mum while getting comfy on a gold polka dotted cushion.

Sally has never revealed her husband’s identity, but she is married and the pair share a son together.

The presenter has dished in the past that her husband treated her to a stunning "blue for a boy" vintage ring after the birth of her son, which ranks among her favourite pieces of jewellery.

Sally also unexpectedly stood in as birthing partner for her colleague Victoria Fritz back in 2016, when her husband was stuck in motorway traffic while she gave birth at Manchester St Mary’s hospital.

Perhaps most impressive of all is Sally’s stunning wooden piano, which she showed off on social media.

With an open songbook to the hit track Make You Feel My Love, Sally clearly went all out on the traditional instrument, as it even included a metronome to help her keep rhythm.

Gilt-framed artwork can be seen behind the upright piano on the wall, completing the incredibly regal space.

It seems Sally is a keen player, too, as she posted to Instagram: "Maybe it’s time to finally finish my piano exams #Grade8."

BBC Breakfast airs every day on BBC One from 6am.