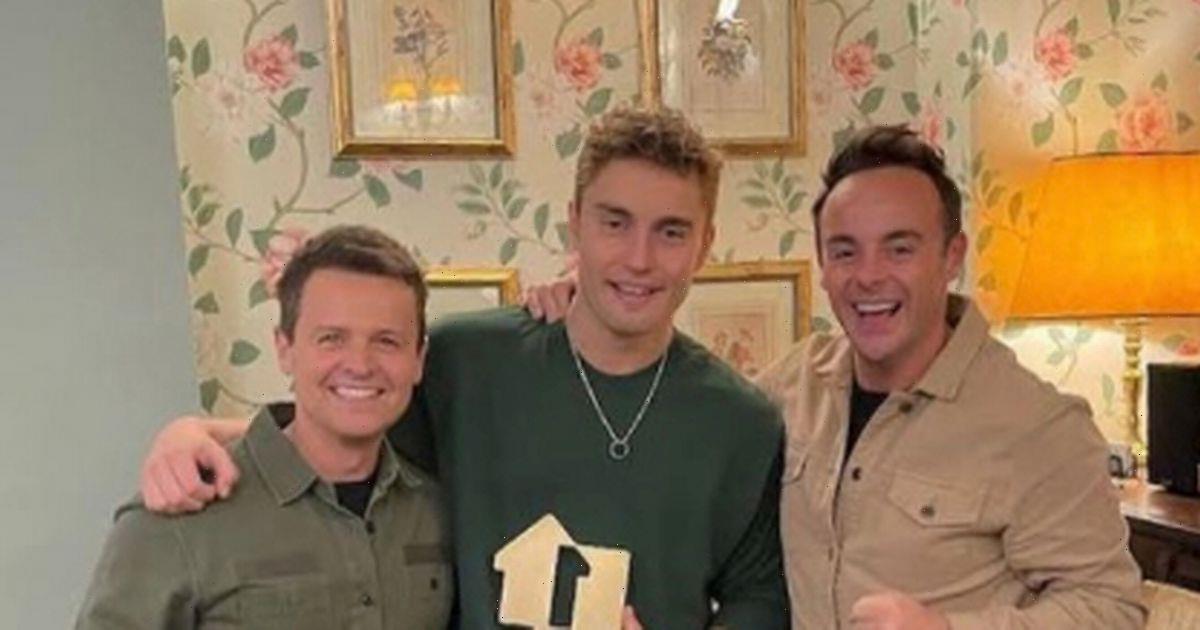 I'm A Celebrity's Ant and Dec took time out from preparing for the new series to surprise Sam Fender with a trophy to celebrate his album going to No1 in the chart.

In a video shared on his social media, singer songwriter Sam can be seen enjoying a meal in a restaurant with friends and colleagues, when the presenters gatecrash the party.

Declan Donnelly said: "Who ordered the number one album?" as Sam turned and looked stunned.

Ant McPartlin laughed: "Was it you?"

"Oh my god! Oh my god!" Sam exclaimed, with hands clamped over his mouth in shock before grabbing Ant in a hug.

Ant congratulated him before they ended up in a group hug.

"How are ya? You alright?" asked Ant.

A shocked Sam replied: "I wasn't ready for that like. First Shearer and then you!"

They then posed for photos together with Sam clutching his trophy happily, to celebrate the number one spot for his second album, Seventeen Going Under.

His album outsold the rest of the Top Ten combined.

Ant and Dec shared a post on their Instagram saying: "Met up and presented this legend with the trophy for his new album going to No1

"Congrats Sam Fender, proud of you!" with the hashtags 'local hero' and 'howay the lads'.

Back in 2019, Sam celebrated in style when Ant and Dec followed him on Twitter, sharing a video where he called them "the two treasures".

He also became the proud recipient of a Greggs VIP card.

Fans are counting down the days until they see Ant and Dec introducing the next batch of I'm A Celebrity stars to join the castle in Gwrych.

The series can't return to Australia yet due to the Covid travel restrictions in place.