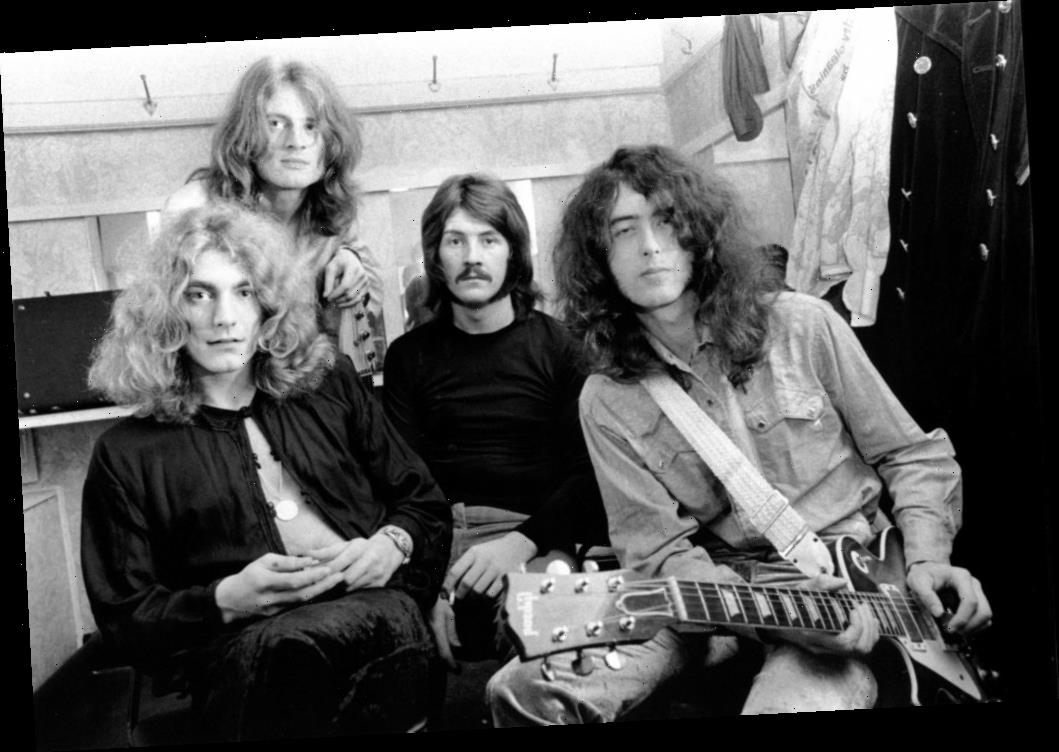 Led Zeppelin is a classic rock band, however, even artists in other genres have tried to emulate their musical genius. For example, a rapper once asked Jimmy Page if he could use the riff from “Kashmir.” Here’s what Page told him — and what he thinks of rap music as a whole.

Firstly, a little background. “Kashmir” is one of the great Led Zeppelin songs of the 1970s. The 1990s were a time when the world seemed to miss the 1970s. During the 1990s, Cher made a comeback on the pop charts, Star Wars returned to the silver screen, and That ‘70s Show started its run. In addition, rapper Puff Daddy, also known as Sean Combs or P. Diddy, tried to sample “Kashmir” for his song “Come with Me.”

So what did Jimmy Page think of hip-hop in general and Puff Daddy in particular? During a Rolling Stone interview, Kory Grow mentioned “Come with Me” to Page and asked him why rap music was significant to him. Page responded he found hip-hop culture and break dancing very fascinating. He described some rap music as “brave.”

“And I tell you, when Puff Daddy, as he was at the time, got in contact and said that he wanted to do this thing, I thought, ‘Wow. Yeah, yeah. We’ve been sampled enough. Why not do it for real?’” he recalled. “So I thought it was great. And it was an epic thing that he did. He put two orchestras on it, for heaven’s sake [laughs]. We never had that sort of luxury. And when I did Saturday Night Live with him, it was phenomenal. He did a couple of run-throughs and then the take, and he was different on each one. He was somebody who was improvising, and I admired his work.”

In addition, Page praised “Come with Me” for helping him to hear the riff from “Kashmir” with new ears. He compared Puff Daddy sampling “Kashmir” to the performances of “Whole Lotta Love” by artists as varied as James Brown, Black Sabbath, and Snoop Dogg. Page thinks it’s “really cool’ he’s able to influence other artists the same way legends like B. B. King, Muddy Waters, and Robert Johnson influenced him.

How the world reacted to ‘Come With Me’ versus ‘Kashmir’

So how did the public react to “Come with Me?” The track reached No. 4 on the Billboard Hot 100. It remains one of the most well-known rap-rock songs of the 1990s. For comparison, “Kashmir” did not chart on the Billboard Hot 100 at all. However, it remains a classic song and Shakira even incorporated it into her Super Bowl performance. “Kashmir” has clearly resonated with artists from multiple genres, from rappers to Latin pop stars.