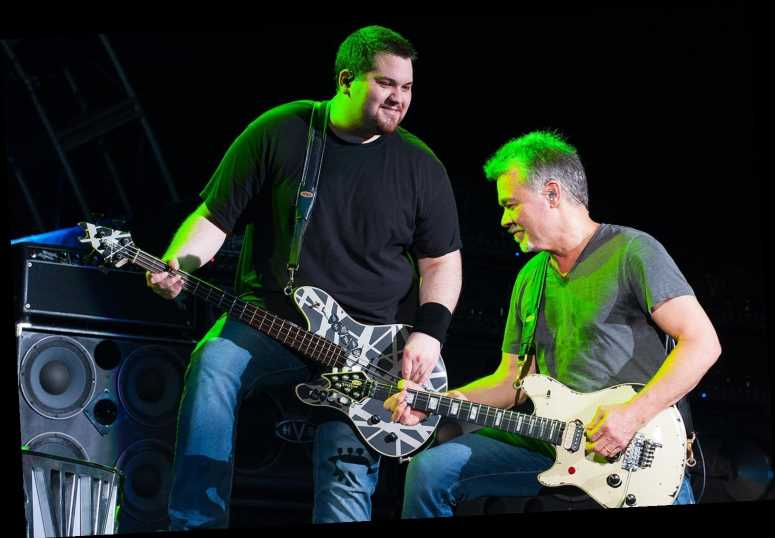 Wolf Van Halen is honoring his dad Eddie Van Halen in the best way: through song.

"As my pop continued to struggle with various health issues, I was imagining what my life would be like without him and how terribly I'd miss him," Wolf says about the song in a press release. "While the song is incredibly personal, I think anyone can relate to the idea of having a profound loss in their life."

The track is written as a letter to the Van Halen frontman, who died last month at 65 after facing cancer for years.

Wolf was able to play the song for his dad before his death, according to a press release, with Eddie saying "no matter what the distance is, I will be with you," referring to the track's title. The song's music video starts with a clip of a young Wolf talking to his dad inside of their family's home. "I love you, daddy," Wolf says in the clip before Eddie suggests to "build a little studio" for the two in their garage.

The music video follows Wolf and Eddie's close relationship since his birth in the early 1990s up until recently and ends with a voicemail from Eddie to Wolf.

"I'm so happy that you have a song now. So proud of you and I love you so much," Eddie says in the clip. "Call me if you get a chance. I want to hear your voice. OK? I love you." The proceeds for the new song are set to be donated to "Pop's favorite charity," the Mr. Holland's Opus Foundation, which aims to provide instruments to low-income students who desire to pursue music education.

"I never intended 'Distance' to be the very first piece of music people would hear from me, but I also thought my father would be here to celebrate its release," Wolf added in the press release. "This is for him. I love and miss you, Pop."

"Distance" is out now.