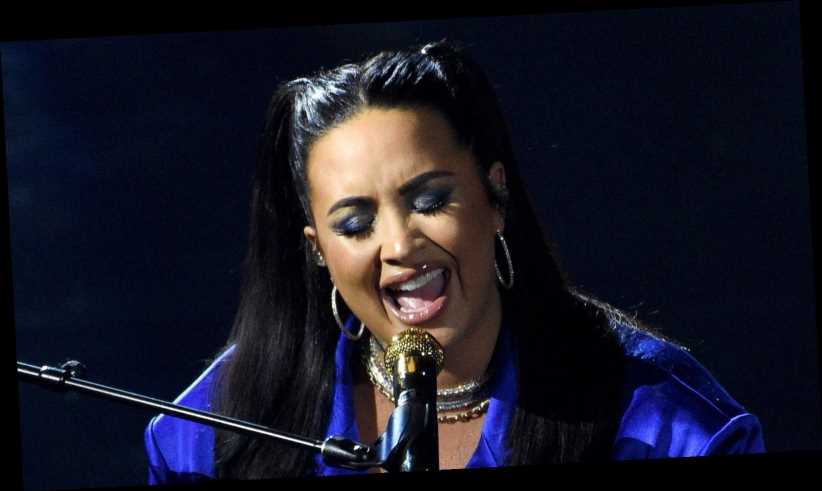 As Congress met to certify the vote for the 46th President of the United States, Joseph R. Biden, Jr., a protest supporting President Doland J. Trump turned violent as the rioters stormed the United States Capitol hoping to stop the certification.

When news broke of the violence, all of America watched and commented as the nation’s capital came under siege, including those in Hollywood. Stars took to social media to share their disgust for the violent acts that delayed the certification of President-Elect Biden and reiterate their disdain for the sitting President Trump.

One artist who has repeatedly shared her opinion about Trump is Demi Lovato, who took to Twitter to share how the news of the violence broke her heart.

“My heart is broken. It makes me to sad to believe how naive I was to think this couldn’t possibly happen, and yet it did. Here we are. For everyone in my comments saying ‘where’s d7’ or wanting me to sing instead of speaking up about what needs to change in this country,” wrote Lovato in response to a screenshot of a Black Lives Matter tweet calling out the hypocrisy of the way police treated the rioters at the capitol (via E! News). However, Lovato had more thoughts on the matter, and took to Twitter to share them. Here’s how Demi Lovato is responding to the event.

Demi Lovato continued to write on Twitter about the violence that took over the U.S. Capitol, revealing she has something in store in response.

“THIS IS WHY I POST AS MUCH AS I DO,” wrote the “Confident” singer. “THIS IS WHY I CARE. THIS CANNOT HAPPEN ANY F***ING MORE. I’m angry, embarrassed and ashamed. I’m in the studio working on something special after today’s assault on democracy. #impeachtrumptonight.”

This wouldn’t be the first time Lovato has used her music to comment on politics. Back in October, at the height of the 2020 Presidential Election, the singer partnered with Finneas, the famous brother and musical partner to Billie Eilish, to create “Commander in Chief.” The song was directed, of course, at President Trump and contained lyrics like, “We were taught when we were young/If we fight for what’s right there won’t be justice for just some./We won’t give up, stand our ground./We’ll be in the streets while you’re bunkering down./Loud and proud, best believe/We’ll still take knee, while you’re Commander in Chief.”

At the time the former Disney star released the song as an “effort to vocalize the powerful emotions felt by millions and mobilize fans to get out and vote,” according to Variety. While Lovato hasn’t yet shared more details of her forthcoming song in response to the violence in Washington, D.C., it’s a safe bet that the new track will cover similar ground.