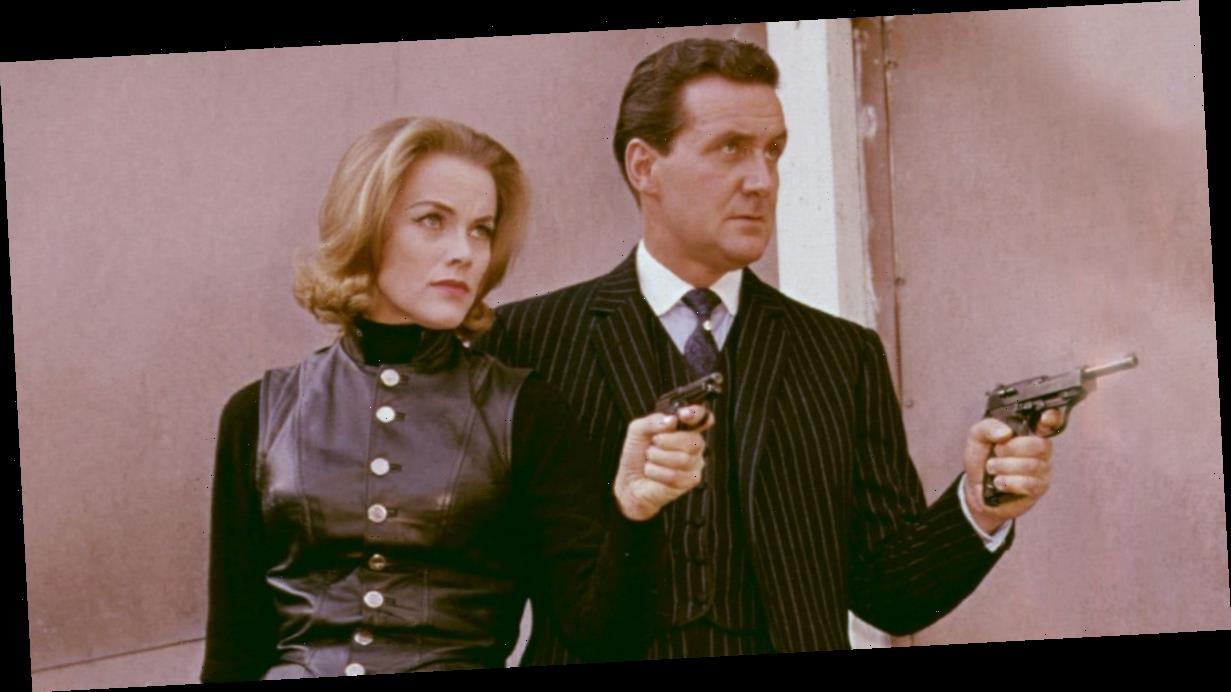 Her family confirmed she died of "natural causes" and not from anything relating to the coronavirus pandemic, which was just causing mayhem with national lockdowns, and which has caused thousands deaths around the globe since.

Paying tribute, her family called her an "adored mother and grandmother" who was "an extraordinary combination of beauty, brains and physical prowess".

Honor had a lengthy and successful career in the film and TV industry, with her name appearing in many credits.

The British rose is most known for her roles as Bond girl Pussy Galore in James Bond Goldfinger in 1964, and for playing Cathy Gale in The Avengers from 1962 to 1964.

To mark the one-year anniversary of the star's sad passing, Daily Star has taken a look back at Honor's greatest ever roles in film and television.

Honor's first big break was starring in The Avengers from 1962 to 1964 as Cathy Gale.

Honor made her first appearance as Cathy at the start of the series' second season in 1962.

She left the series after its third season in order to co-star in the James Bond film Goldfinger.

Her character was an anthropologist who married a farmer in Africa and there learned to hunt, fight and take care of herself.

When her husband was killed, Cathy returned to London to earn a Ph.D. in anthropology.

She was the curator of a museum when she first encountered John Steed and agreed to work alongside him up until season three.

Her second big break, and arguably the role she is most known for is for playing Bond girl Pussy Galore in the James Bond film Goldfinger in 1964.

The stunner played the fictional character who is the leader of Pussy Galore's Flying Circus, a group of women aviators connected with Goldfinger's "Operation Grand Slam".

She and Bond fight as he attempts to stop her, but the pair end up having a romantic relationship as Bond corners Galore in a barn and forcibly holds her down and kisses her.

She initially tries to fight the spy off, but she gives in and returns his kiss passionately, and they have sex.

She then secretly turns against Goldfinger; she alerts the CIA to her employer's scheme, and they help her replace the deadly nerve gas that Goldfinger is planning to have her aviators spray over Fort Knox with a different, harmless substance.

We won't spoil the plot further in case you wish to watch to mark Honor's death.

Honor's next big film was playing Julia Daggett in Shalako in 1968.

The film, which also starred James Bond actor Sean Connery, cantered around New Mexico in 1880 as frontier adventurer Bosky Fulton (Stephen Boyd) and his men lead a hunting party of European aristocrats and their servants, along with a retired American politician and his wife, into Apache territory.

Honor's character comes in as she leaves her husband and falls in love with the main character, Bosky.

But unfortunately for Lady Julia, it's not a happy ending…

In 1963, Honor starred as Hera in the film Jason and the Argonauts, which follows the story of Pelias.

Pelias usurps the throne of Thessaly, killing King Aristo, but knows that a prophecy states that one of Aristo's children will avenge him.

The god Hermes, disguised as Pelias's soothsayer, watches as the infant Jason, Aristo's son, is spirited away by one of Aristo's soldiers.

Pelias slays one of Aristo's daughters after she seeks sanctuary in the temple of the goddess Hera.

Because the murder has profaned her temple, Hera becomes Jason's protector.

She warns Pelias to beware "of a man wearing one sandal".

Another iconic film Honor starred in, was as Laura West in the TV sitcom The Upper Hand from 1990 until 1996.

Continuing from former series, it follows the story of an affluent single woman Caroline Wheatley who is raising her son with the help of her mother Laura West.

Caroline hires a housekeeper only to have a man called Charlie Burrows apply for the job.

Honor stars as the glamorous and young-at-heart mother who lives in an annex of her daughter's house.

Something of a man-eater, she dates a string of different men throughout the course of the series.

It is Laura who initially hires Charlie, mainly because of his looks, but when she spots the chemistry between him and Caroline she does everything she can to encourage a relationship between them.

Although Laura frequently makes cracks at Caroline's expense, she genuinely loves her daughter and can be very protective of her.