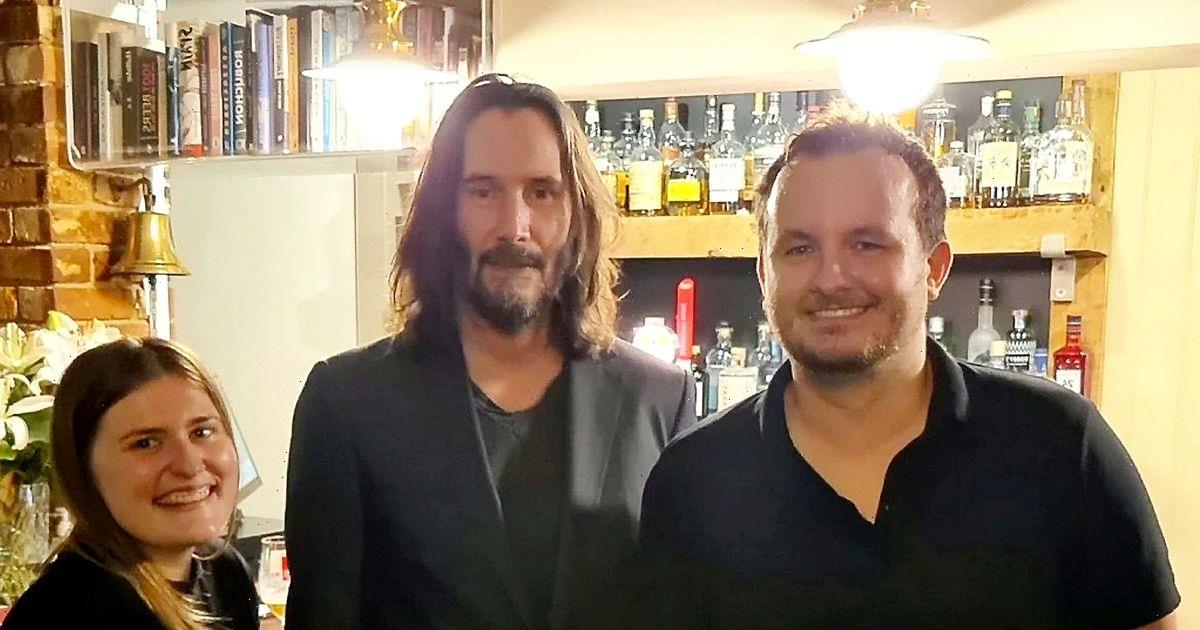 Hollywood megastar Keanu Reeves left customers stunned after turning up for dinner 'and a few whiskies' at a pub in a Northamptonshire village.

The Matrix actor walked into the The Fox and Hounds, in Charwelton, on Wednesday evening (25/8) where he happily mingled with punters and posed for photos.

Landlord Danny Ricks said he had to do a "double take" when the film star entered and sat down at a table with six other people.

The 57-year-old ate a vegetarian Caesar salad for starter followed by a main course of falafel – washed down with "quite a few double whiskies".

Danny said: "It was bizarre. I had to do a double take when he walked in as I couldn't quite believe my eyes. I thought 'that guy looks quite a lot like Keanu Reeves'.

"He sat down with six other TV people, I couldn't really hear what they were discussing but it all about filming and scripts.

"He was just a lovely, down to earth guy and was really nice to everyone. Everything nice you would think about him was all true.

"He stood and took photos with customers and staff. Nothing was too much for him, he took plenty of time to chat to everybody.

"He had the caesar salad and a falafel dish and he got through quite a few double whiskies as well. He certainly likes his whisky.

"We managed to stay professional until the end of his visit but of course we had to get a picture with him.

"It's not every day you get a Hollywood star walk into your pub. It made everyone's evening. He was such a top bloke and absolutely lovely."

The Canadian was in the area filming a documentary about Brawn GP's F1 championship-winning year of 2009.

Reeves is next starring in John Wick: Chapter 4, which is due to release in 2023.