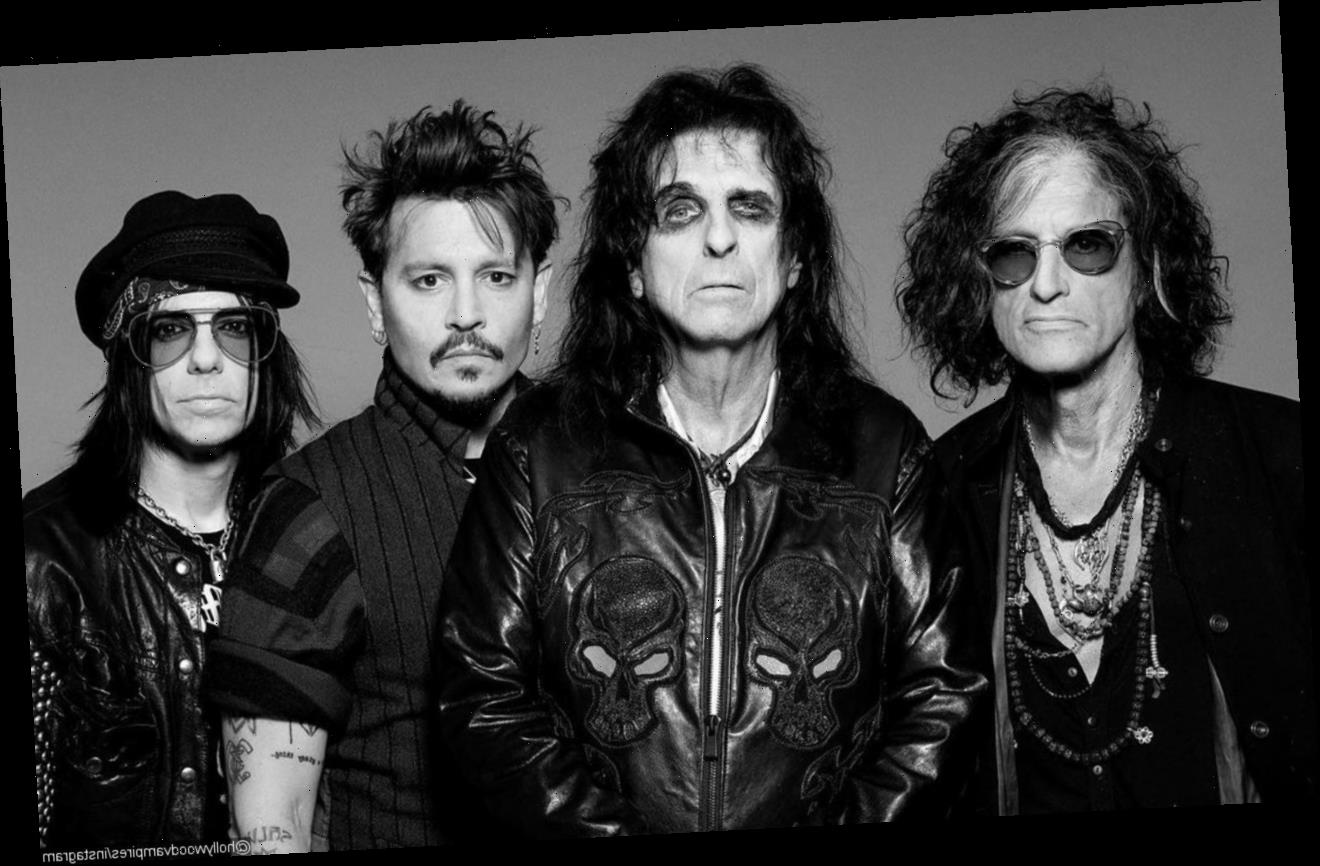 In a released statement, the supergroup formed by Alice Cooper, Johnny Depp and Joe Perry claims to have been trying to make the summer gigs happen but are hindered by travel restrictions.

AceShowbiz –Johnny Depp and Alice Cooper‘s supergroup the Hollywood Vampires have scrapped their summer European tour due to COVID-19 concerns.

The band had previously rescheduled dates to August and September, but because of safety concerns surrounding the pandemic, the tour has now been canceled.

A statement reads, “We are beyond disappointed to announce that the Hollywood Vampires must cancel our rescheduled UK/European tour this Summer.”

“We kept trying to make it happen, but unfortunately due to the uncertainty of COVID-19 travel restrictions, it is just not possible… Thank you for understanding, and we WILL be back rocking with you once the world returns to normal!”

The news comes as Depp is still embroiled in two lawsuits, both linked to allegations he abused his ex-wife Amber Heard – the actor is fighting to overturn a libel ruling against him in the U.K. and land a retrial against The Sun newspaper, and he’s also suing Heard for defamation in the U.S.

The European tour was originally set to support of the band’s second studio album, “Rise”. When it was first announced, Cooper gushed, “This show has something for everyone. I like to joke that The Vampires are the world’s most expensive bar band, but what a lot of people don’t realize is that this is a real rock band, not just some novelty.”

“I wouldn’t keep doing it if it weren’t such a great band,” he continued. “Everybody gets along, the musical chemistry is as good as it gets and the show will be the highest energy hard rock shows you will see all year. I never get tired of playing with these guys!”