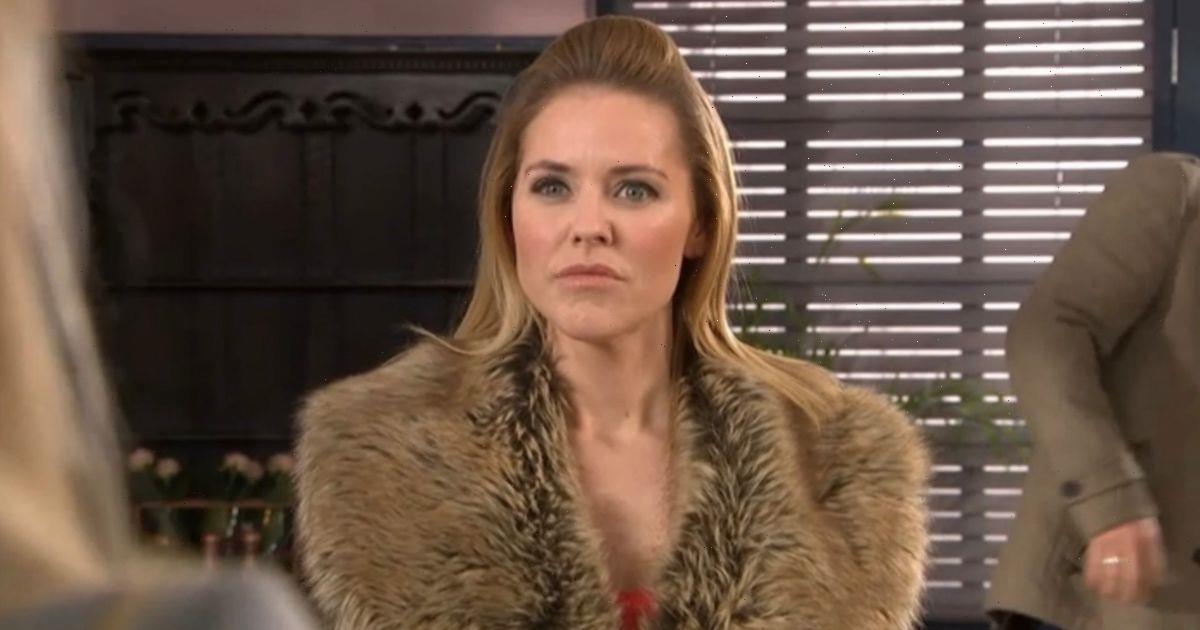 Hollyoaks star Stephanie Waring has been a British TV staple for over two decades.

The actress joined the Channel 4 soap as Cindy Cunningham in 1996 and played the role intermittently until 2008, when she joined the cast full time.

Cindy is now one of the show's longest running characters and Stephanie one of its hardest working veterans, with the character having changed her last name several times due to marriage – despite Stephanie herself never being married.

Currently, she's facing heartache as her partner Luke is slipping away due to frontotemporal dementia.

She would also appear alongside her daughters in TikTok videos which showed off the house's sleek cream couch and modern features, including a flat screen TV.

Stephanie likes to go all out at Christmas time, decorating her house with fairy lights and a huge festive tree.

It follows a successful career as Stephanie also appeared as a character called Emma in five episodes of Coronation Street from 2006 – 2007, while making brief appearances in Doctors and Holby City.

Her failed romance with Dan Hooper has led to good things

Stephanie makes the most of the space, having lived alone with her two daughters following her split from Dan in 2014.

The pair's failed relationship soon made headlines after it was revealed that he had started dating former Coronation Street star Kym Marsh.

Stephanie saw Dan and Kym's relationship as a betrayal, famously making her opinions about the couple known on social media.

She wrote on Twitter: "There is an unwritten rule that if you are friends with somebody you don’t go near their ex partners.

"Especially when children are involved. He’s not just some guy that I went out with for a year. This is a man I spent half a decade with and have a child with.

'Any woman who has had their heart broken and who is going through a break up can sympathise with this. He could have gone out with some 20-year-old hairdresser. He’s a free and single man who can do as he pleases.

'But Kym I actually considered a friend who I’ve known for years. It’s left me in bits. She’s heartless.'

Kym and Dan split in 2015 and earlier this year, Stephanie confirmed she was in a relationship with new boyfriend Tom Brookes, and has since mended her friendship with former love rival Kym.

Stephanie has new love on her horizons

Of celebrating their six month anniversary in June, Stephanie said "Wow, I can't believe I have made it to six months in a relationship!!!

"Since our first date where we literally did not stop talking for hours, You have never once failed to make me feel so unbelievably loved by another person.

"You make me cry with laughter mainly at your expense and more often than not at the most inappropriate times."

Earlier in December, the duo got engaged on their first anniversary together.