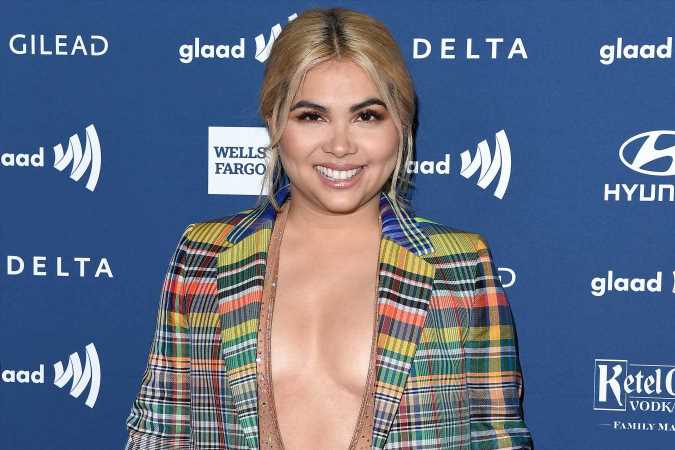 Hayley Kiyoko is opening up about her journey to self love.

On Friday’s episode of The Kelly Clarkson Show, the musician, who has long been an advocate for the LGBTQ community, shared that being gay has become her “biggest strength” after years of living life in fear of other people not accepting her.

“My biggest weakness growing up was that I was gay and I was different from everyone else and now it’s become my biggest strength because it’s empowered me,” Kiyoko, 28, explained to host Kelly Clarkson alongside guest Tracee Ellis Ross.

“I really feared growing up because I was like, life is going to be so difficult and people are just not going to understand,” the “Curious” singer explained.

Kiyoko said that by sharing her own experience, she hopes her fans and people like her “grow to feel inspired and know that they can have a good life.”

“They don’t have to commit suicide, the don’t have to not love themselves, they can be loved. And it’s about all these incredible, powerful women, and just people in general, taking that first step and initiative to showcase that.”

In addition to being a voice for LGBTQ community, Kiyoko is also using her platform for those struggling to break into the music industry.

PEOPLE spoke exclusively with Kiyoko as she began her partnership with Bumble Bizz, which is helping bridge the gender gap and giving women musicians the chance to break through in the industry.

“I think that when we have opportunities, our ability is limitless and so it feels amazing and I want to be able to give that back,” Kiyoko told PEOPLE. “Getting the opportunity to just be myself and be able to express myself was very freeing.”

The “Girls Like Girls” singer recently finished touring the world following the release of her debut album Expectations last year. The album featured Kehlani on “What I Need,” which has garnered over 51 million streams on Spotify.

Now, she’s ready to hit the stage at multiple music festivals this summer, where three women will get the chance to receive guidance and mentorship from Kiyoko, Bebe Rexha or Kacey Musgraves, thanks to “Empowered by Bumble Bizz.”

“It’s incredible what Bumble is doing to empower women and to challenge the gender gap in the music industry,” she said. “I’m very excited to help inspire and also give female artists an opportunity to shine.”

The initiative, kickstarted by the Bumble app, allows up-and-coming women musicians to submit their work via Bumble Bizz for a chance to receive mentorship from Rexha, Kiyoko or Musgraves — along with the possibility of performing at a 2020 music festival.