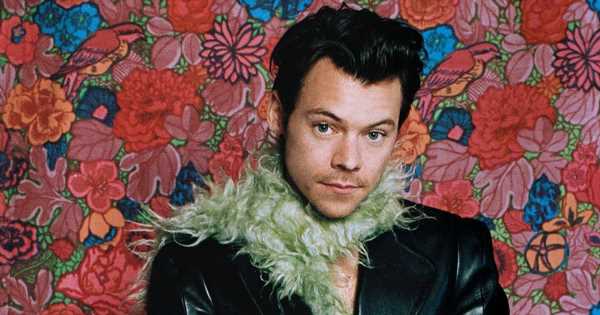 Harry Styles' fashion choices often catch the eye and he's now teaming up with Gucci for a "1970s pop bohemian" collection with the Italian fashion house.

In what's been described as "the biggest hook up" Styles, 28, has been working alongside Gucci's creative director Alessandro Michele for the capsule collection.

Harry and Alessandro have been pals for several years, with the cheeky Cheshire chap often wearing Gucci on red carpets or during his jaw-dropping stage performances.

Now, their collaborative effort will see items designed by both Styles and Michele hit stores in October of this year after debuting in Milan.

The line named HA HA HA, a play on their initials of H and A will no doubt delight fans who are often left stunned by Styles' outfit choices.

Speaking about the collection, Alessandro said: "The idea of working together came to me one day while we were talking on the phone.

"I proposed creating a 'dream wardrobe' with him, starting from those small oddities that come together in childlike visions.

"We ended up with a mix of aesthetics from 1970s pop and bohemian to the revision of the image of the gentleman in an overturned memory of men's tailoring."

The fashion designer continued: "Harry has an incredible sense of fashion.

"Observing his ability to combine items of clothing in a way that is out of the ordinary compared to the required standards of taste and common sense and the homogenisation of appearance."

Over the years, Harry has continued to smash through gender stereotypes with his androgynous fashion choices.

He told Vogue: "Clothes are there to have fun with and experiment with and play with, what's really exciting is that all of these lines are just kind of crumbling away.

The Boyfriends hitmaker is currently performing on his sold-out Love On Tour stadium tour and recently helped a male fan come out as gay on stage.

But in the past, he's refused to address speculation about his private life, telling Better Homes & Gardens: "For a long time, it felt like the only thing that was mine was my sex life.

"I felt so ashamed about it, ashamed at the idea of people even knowing that I was having sex, let alone who with."

He explained: "I've been really open with it with my friends, but that's my personal experience; it's mine.

"The whole point of where we should be heading, which is toward accepting everybody and being more open, is that it doesn't matter, and it's about not having to label everything, not having to clarify what boxes you're checking."