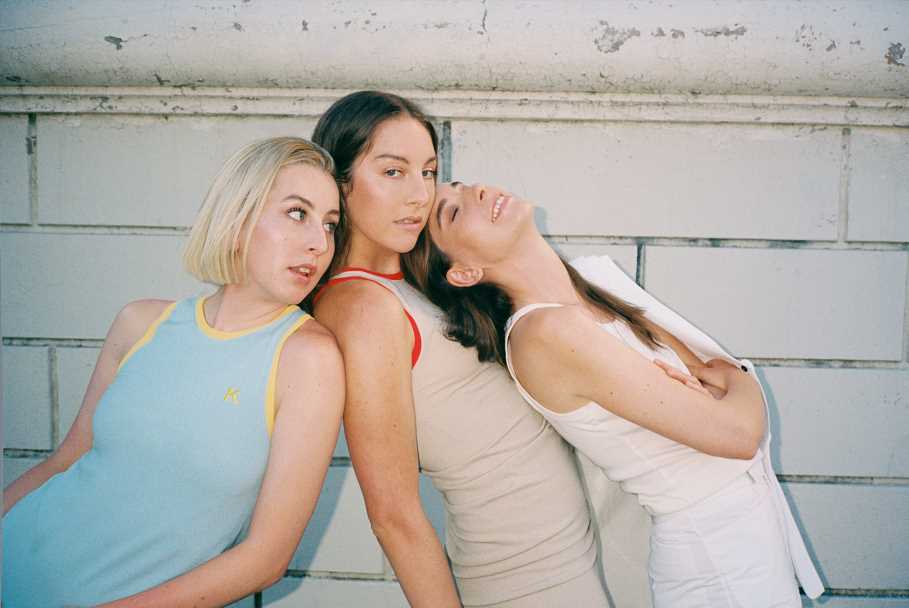 Haim dropped a new single “Summer Girl,” accompanied by a video directed by frequent collaborator Paul Thomas Anderson. The song marks the band’s first new music since 2017’s Something to Tell You.

The video features Daneille Haim leading her sisters Alana and Este through the streets of Los Angeles, shedding layers of clothing along the way. “And you always know, I’m your summer girl,” Danielle sings, occasionally turning around to glance at a saxophonist following her. She eventually confronts him behind the glass of a ticket booth at the New Beverly Cinema, dressed in uniform. “Walk beside me, not behind me,” she advises, “Feel my unconditional love.”

“I started the song when I found out my partner had cancer,” Danielle said in a statement. “I was on tour and felt like I was trying to send positive energy his way almost telepathically. Whenever I would come home in between shows I wanted to be his sunshine – his summer when he was feeling dark. His hope when he was feeling hopeless.”

“Summer Girl” is Haim’s most recent collaboration with Paul Thomas Anderson, who was a student of the Haim sisters’ art teacher mother in Los Angeles. They previously teamed up with the Oscar-nominated director on the live video “Night So Long,” “Little of Your Love,” “Right Now” and the short film “Valentine.” The band has not announced a new album yet, but hinted at new music via Instagram. “So excited to start releasing new music as we’re working on it,” they wrote. “Kinda like we did before our first album.”