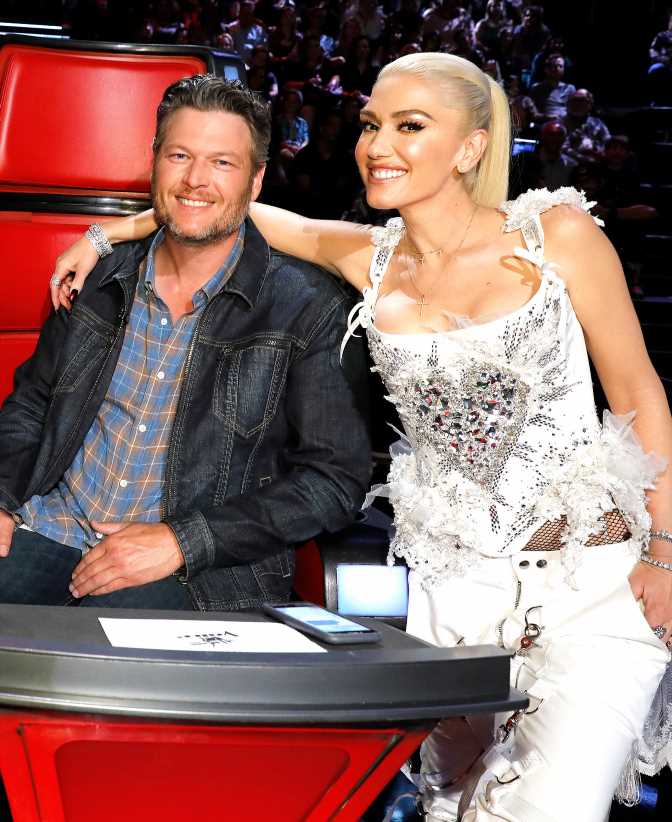 It looks like Blake Shelton definitely ain’t no hollaback boy.

Gwen Stefani appeared on Monday’s episode of The Tonight Show Starring Jimmy Fallon and recalled her disappointment in her country star boyfriend for not knowing one of her most iconic songs.

During the episode, host Jimmy Fallon reminded Stefani, 49, about Shelton’s last appearance on the talk show when he played the Name That Song Challenge and failed to guess his girlfriend’s song, “Hollaback Girl.”

“I came to this show to promote my album, and I’m losing everything, everything in my life!” Shelton, 43, then joked on the show, looking discouraged.

However, Stefani didn’t hold the mistake against her longtime boyfriend.

“That is so funny,” she told Fallon. “He should’ve known that one, but he’s country. He doesn’t listen to [this genre]!”

While Shelton may not have known his girlfriend’s song, Stefani recently confessed that she had no idea who the country star even was before The Voice.

“I didn’t even know he existed before the show,” Stefani, who returned to the singing competition as a coach this season, told Andy Cohen on his SiriusXM Radio Andy show Monday. “I didn’t even know that he was a human being on this planet.”

While Stefani has had plenty of time to get used to their very different musical styles, it was a struggle at first.

“It’s crazy. I mean, now it’s normal,” she said. “I’ve accepted that he’s a true hillbilly and all those things.”

“I just love that we’re from different genres,” she added.

As for what it’s been like returning to The Voice, Stefani admitted that she had no idea what to expect.

“I thought it was gonna be [extra] this time because I feel like we’re so far into the relationship and it’d been such a long time since I’d been on the show and I didn’t know how we would be just us and competing,” she said, as she complimented the six-time champion on his skills.

“He’s just so magical. Blake is literally a unicorn. Anywhere he goes people are just attracted to him,” she said. “He’s such an incredible talent.”

The Voice airs Mondays and Tuesdays at 8 p.m. on NBC.