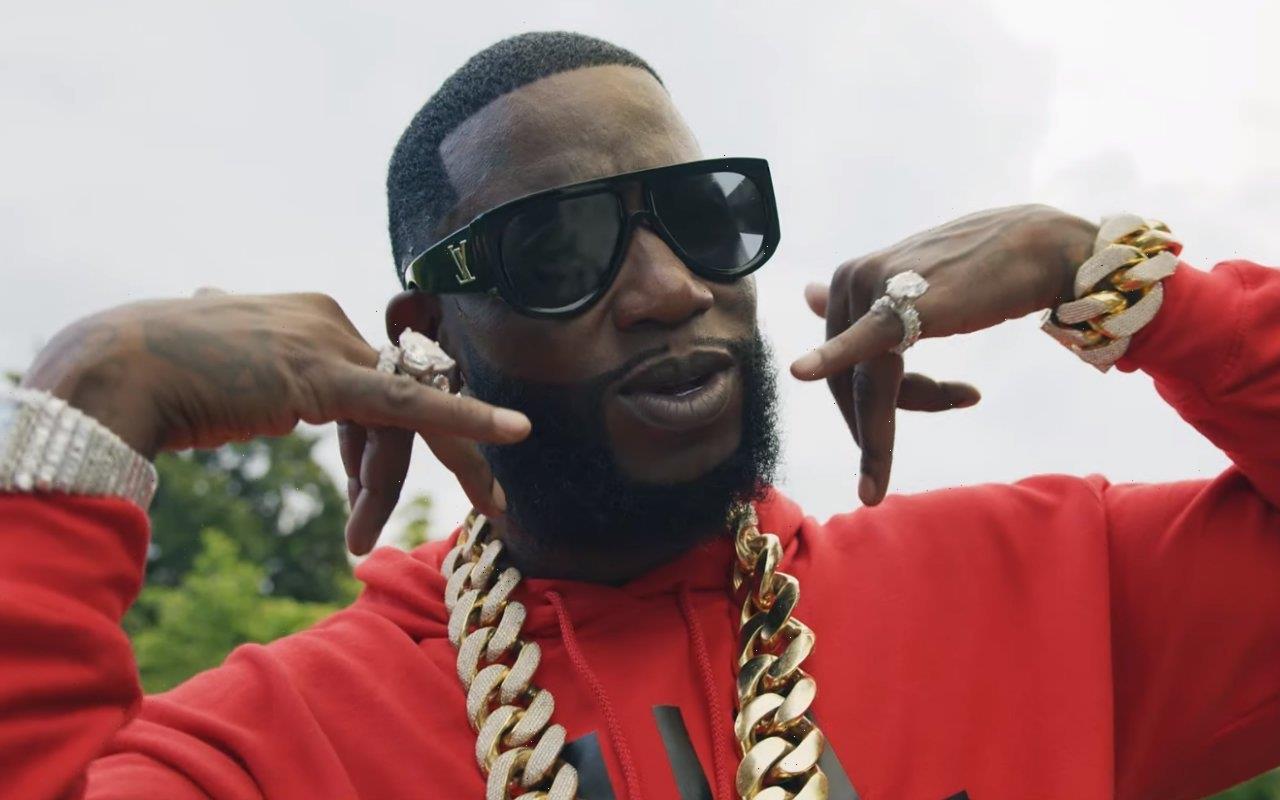 The track follows the Alabama-born emcee’s March single ‘Publicity Stunt’, which many believe is aimed at NBA YoungBoy a.k.a. YoungBoy Never Broke Again.

AceShowbiz –Gucci Mane returns with a new self-reflective single. On Wednesday, July 27, the Alabama-born emcee released “Dissin the Dead” in which he seemingly regrets the “trend” of speaking negatively about the deceased rappers.

The song arrived along with its official music video. In the clip, the 42-year-old can be seen delivering his bars in a cemetery. “I know I should be more careful with the s**t that I said/ I feel like I started a trend, they never gon’ stop/ They gon’ keep dissin’ the dead,” he spits.

Gucci famously name-dropped Pookie Loc, the man he was accused of killing in May 2005 in Decatur, Georgia, in several of his songs. One of the examples is “Truth”, in which the rhymer seemingly disses his longtime rival Young Jeezy.

“Go dig your partner up, n***a, bet he can’t say s**t,” Gucci, who was initially charged with the murder of Pookie, spits on the track. “And if you looking for the kid, I’ll be in Zone 6.”

The “Wake Up in the Sky” spitter also brought up Pookie’s name on collaborative single with Lil Durk called “Rumors”. He raps, D.A. dropped my murder, didn’t have evidence to prove it/ I think my house is haunted, yeah, by who? The ghost of Pookie.”

“Dissin on the Dead” follows Gucci’s March singe “Publicity Stunt”, which many believe is aimed at NBA YoungBoy (YoungBoy Never Broke Again). The husband of Keyshia Ka’oir raps, “He’s tryna pull a publicity stunt/ These rappers be p***y, they bleed once a month… Don’t speak on my name, don’t get put in a blunt.”

Gucci later rhymes, “Why you diss me for publicity, n***a?/ Is you in the streets or a industry, n***a?/ Is you my fan or my enemy, n***a?” He adds in his second verse, “Why you sign goons? I don’t f*k with these rappers/ Most claim that they real, but they know they some cappers.”