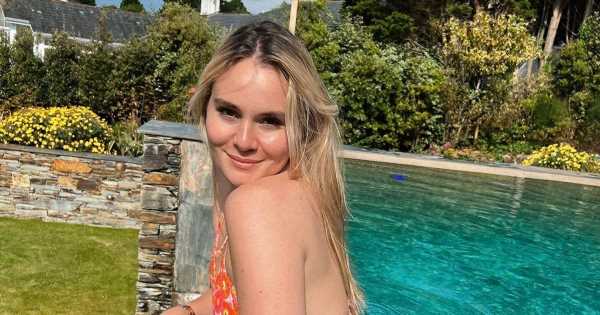 Celebrity chef Gordon Ramsay's daughter Holly slipped into a tiny bikini for her latest Instagram snap as her dad joked she is going on this year's Love Island.

It comes after Ramsay was tipped to spread his wings by joining Strictly Come Dancing following the success of his daughter Tilly.

He is currently the bookies' favourite rumoured-contestant to join the iconic dancing show this year.

The Ramsay family have been celebrating the Queen's Platinum Jubilee at their Cornwall home and it appears Holly, 22, has been soaking up the sun.

She went for a dip in their swimming pool to cool off, pictured in a red, orange and yellow bikini. "Pool party for 1," she wrote as the caption.

Many pointed out her striking resemblance to Ramsay in the comments. Her dad even commented: "I thought you were off to Love Island? @hollyramsayy."

Meanwhile, others were keen to know if she was gearing up to appear on the ITV2 dating show. One said: "@gordongram she would win hands down, ur attitude and tanya looks!!!"

Another wrote: "Oh no Gordon! please don’t start up the rumour mill."

A William Hill spokesman said: “Gordon Ramsay has stated that he wants to give dancing a go, so might he be set for a stint on this year’s Strictly Come Dancing? Well, he’s very well-fancied at just 11/8 to be a contestant on this year’s show.

“A whole host of celebs have been mentioned as possible contenders, including Peter Crouch. The former footballer was not shy of getting the dance moves out on the pitch, so it wouldn’t be the biggest shock if he tried his hand on Strictly.”

Although Ramsay hasn't publicly commented on the rumours – he has previously shown interest in joining the show and taking to the dance floor.

When speaking at a Q&A for his show Gordon Ramsay's Future Food Stars, the Michelin-starred chef was asked if he would consider becoming a contestant for Strictly's 2022 stint.

"In a f***** heartbeat" he replied – before joking about how he wouldn't look good in a sequin outfit.

Strictly is set to dump the Covid protocols it has had for the past two years and welcome back a full studio audience.

Get the latest celebrity gossip and telly news sent straight to your inbox. Sign up to our weekly Showbiz newsletter here .