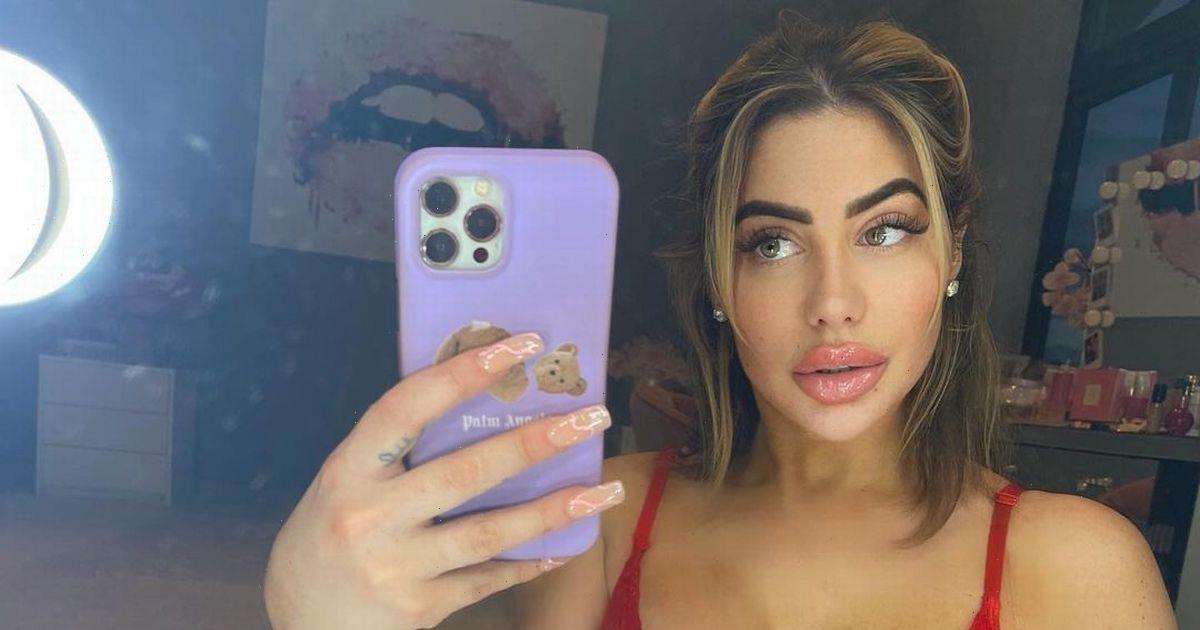 The 26-year-old posed up a storm dressed in nothing by red lingerie as she pouted for a selfie in her bedroom mirror.

She took to Instagram to share the sultry pics, as she cheekily pulled down the neckline of her bodysuit to show more of her ample cleavage in the first picture – which struggled to contain her assets.

In the second Chloe turned to the side to show off her curves and tiny waist as her long brunette tresses cascaded over her shoulder.

She wore a full face of glam makeup, complete with a smokey eye and pink lipgloss to emphasise her pout.

Captioning the sexy snaps, Chloe wrote: “For my self baby not you!”

Her army of 3.6 million followers flooded the comments with praise for the star.

One fan said: “Queen” while another wrote: “Gorgeous”.

The series of shots come after the star was seen giving her Hollyoaks’ Owen Warner a second chance this week.

The reality star and the actor enjoyed a seven-week romance earlier this year.

However, Chloe dumped the 22-year-old after it was reported that he had been messaging Only Fans model Apollonia Llewellyn just days before Chloe went public with their relationship.

But it seems that the former couple have managed to get past that as they were spotted kissing over the weekend.

Chloe and Owen were pictured leaving The London Reign nightclub together and locked lips as they drove around London on a rickshaw.

When the couple first split, Chloe told The Sun Online: "I have enjoyed Owen's company and we had a really good holiday together.

"It's the right person, but the wrong time.

“I think the world of Owen and we will remain on good terms."