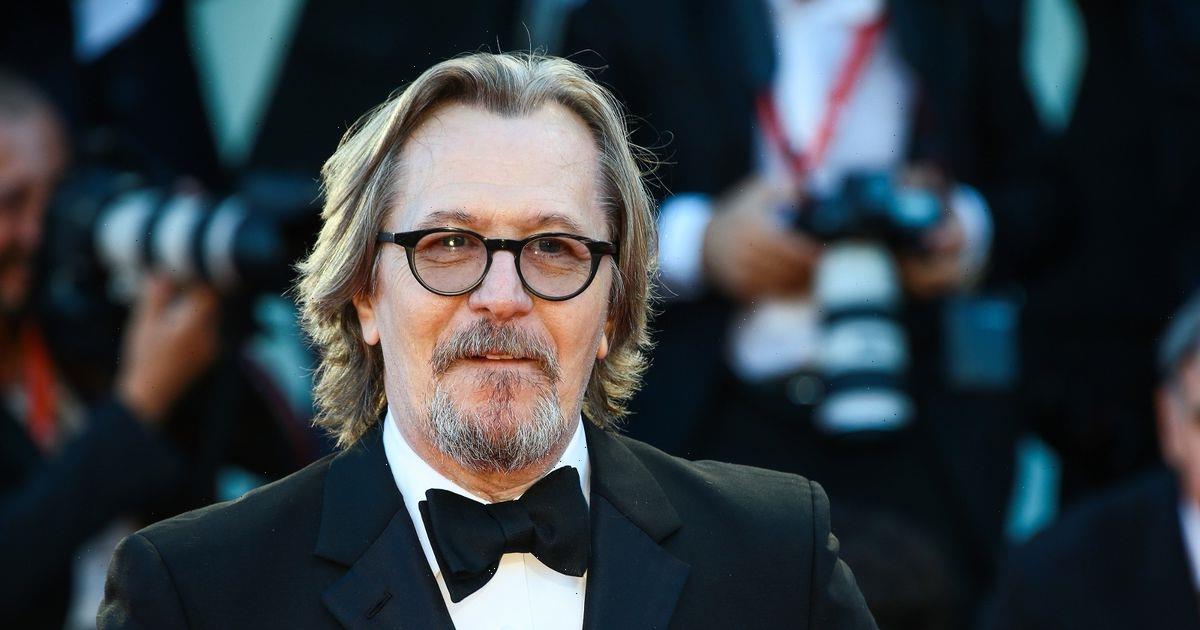 The Academy-Award winning British actor has starred in some of the world's biggest films including Bram Stoker's Dracula, Fifth Element and The Darkest Hour, as well as winning legions of fans with his stint in Harry Potter.

However, not only is he hailed as one of cinema's greatest actors, but off-screen, Gary has led just as interesting a life, having a number of ill-fated romances, including with actress Uma Thurman.

To celebrate the icon's birthday, Daily Star takes a closer look at some facts that you may not know about Gary Oldman.

Gary's sister is an EastEnders icon

Academy Award winning actor Gary Oldman is not only one of Hollywood's biggest stars, but he is also the brother of another legend – EastEnders actress Laila Morse.

While Gary rose to fame starring in films including Bram Stoker's Dracula, Immortal Beloved, Sid & Nancy and Harry Potter as Sirius Black, Laila made a name for herself as Big Mo in the BBC soap.

Laila has also starred in films herself including Love, Honour and Obey and Great Expectations, but credits her brother as helping her land her first acting role in 1997's Nil By Mouth.

She told Loose Women: "My big brother wrote and directed Nil by Mouth. He just wanted something raw.

"He was with a friend and he just said, 'she could do that'. I just looked at him and went what? I can't do that.

"He said, come back to the hotel and read a bit, which I did…and he went, right you're doing it. That's the first thing I'd ever done."

He was once married to Uma Thurman

Gary Oldman has had many high profile relationships, including his marriage to fellow Hollywood icon Uma Thurman.

The Kill Bill star first met Gary Oldman when she was 18 years old, following Gary's divorce from his first wife Lesley Manville, with who he shares a son called Alfie.

Gary and Uma later married in 1990 and worked together on films including Henry & June and State Of Grace.

However their marriage was short lived, and the couple split up two years later in 1992.

In a 1996 interview with Vanity Fair, Uma later admitted that the marriage was "a mistake", but still has admiration for her former husband, hailing him as "a truly great actor."

She said: "We met when I was 18. He was 12 years older. It was a crazy love affair that ended, as it needed to. He was my first love. I had no prior experience."

Since then, Gary has been married a further three times – first to Donya Fiorentino in 1997, with who he shares two sons called Gulliver and Charlie.

He later divorced Donya Fiorentino and married Alexandra Edenborough in 2008, before meeting wife, Gisele Schmidt, who he married in 2017.

Meanwhile, Uma married actor Ethan Hawke in 1998, with who she had daughter and Stranger Things actress Maya and their son Levon, 18.

The couple later divorced in 2005, and the actress has since welcomed welcomed a daughter called Luna with French banker Arpad Busson in 2012.

His son is a famous model

Gary has three sons called Alfie, Gulliver and Charlie from his marriages to Lesley Manville and model Donya Fiorentino.

Like their father, all three have inherited Gary's handsome looks, with youngest son Charlie going on to work as a model.

Charlie has recently been seen walking the runway for high fashion brands such as Dolce and Gabbana and Yves Saint Laurent, with other famous models including Dylan Brosnan – the son of Bond actor Pierce Brosnan.

Meanwhile, his brother Gulliver has chosen to work behind the cameras as a photographer.

Alfie is also reported to have started a family of his own, welcoming children Matilda and Ozzy, and has since appeared in short films such as Compos Mentis in 2021.

Although Gary Oldman prefers to keep his personal life private, he has spoken openly about his 25 year friendship with the late music icon David Bowie.

The actor first met Bowie backstage when he was performing at the Duke Of York Theatre in 1988, saying to Daily Mail: "We got talking, then we all went to dinner and by the time we got to cigarettes and coffee, as you did in those days, we did the chair-swapping and I got chatting with him.

Gary revealed that Bowie later invited him to stay at his house, describing him as "a really nice guy."

Their friendship spanned nearly three decades, with Gary even appearing in David Bowie's music video for The Next Day in 2013.

The actor was also one of the few people that David revealed his cancer diagnosis to, sharing the news with Gary in a letter that the actor said showed the music icon's trademark wit.

Gary also shared his memories of David at the BRIT awards in 2016, a few weeks after Bowie's death on January 10, 2016, saying: "He faced his illness with enormous courage, dignity, grace and customary humour – even in dire circumstances."

He added: "Over his career, David challenged and changed our understanding of the medium, whether in music or life, he emphasised originality, experimentation, exploration, and is his very unique way, he also reminded us to never take ourselves too seriously."

His first Oscar came 30 years after his big screen debut

Despite having a critically acclaimed career that has spanned more than three decades, Gary Oldman did not win his first Academy Award until 2018.

He won the award for his portrayal of Winston Churchill in The Darkest Hour, beating fellow Hollywood actors including Daniel Kaluuya and Daniel Day-Lewis.

During his acceptance speech, he also paid a sweet tribute to his mother, saying: "the movies, such is their power, captivated a young man from south London, and gave him a dream.

He finished up by thanking his mother, saying: "Put the kettle on, I’m bringing Oscar home."