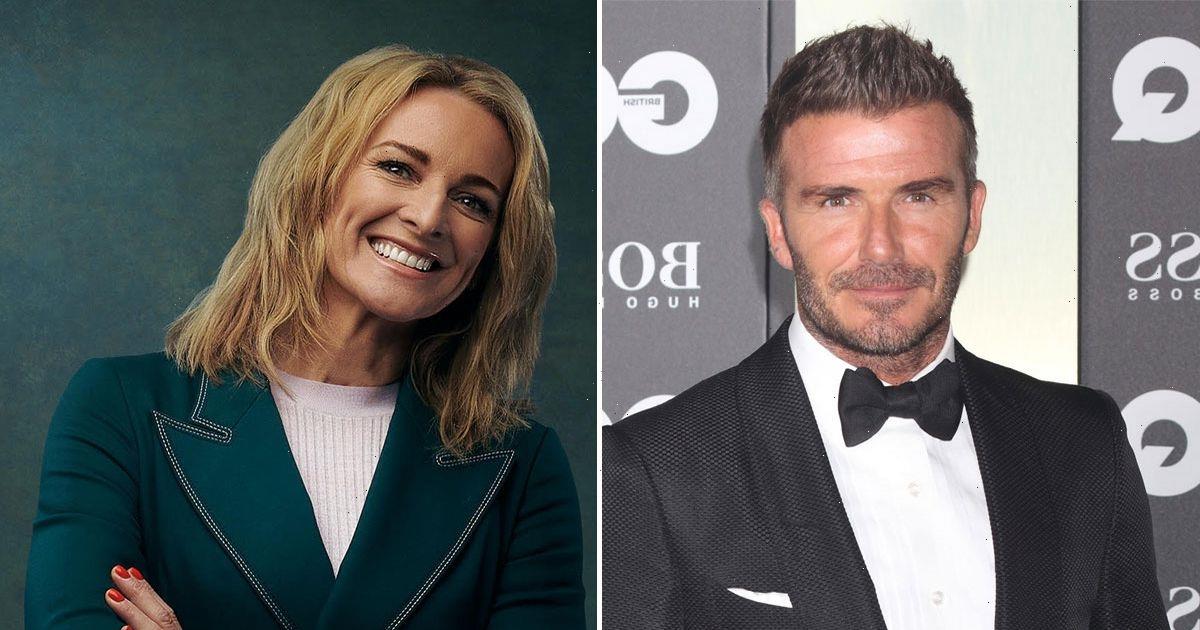 TV host Gabby Logan says that David Beckham has so much money he even smells rich.

She claimed that when you are standing near him, he has “not just an aura, but an odour”.

Gabby, 48, was asked if she thought ­ultra-rich people, like Becks and wife Victoria, “smell different”.

The football presenter, inset, said: “Yes, yes, they do. I’ve worked with David Beckham quite a bit.

"There seemed to be a point about eight years ago where his management company wanted me to do a lot of his corporate things.

“Like when he was launching new sunglasses or I’d do something with him with Armani.

“And I’d be booked to do these interviews and the whole process was really interesting working with that level of fame.

His guests on the day would be people like David Furnish and Elton John, or we couldn’t start the event until Victoria
arrived. It was all very interesting.

“But he has not just an aura, butan odour.”

She was talking to Radio 5 Live’s Colin Murray, who admitted he wanted to get a whiff of former Manchester United and England ace Becks. He said: “I would love to sniff him, he’d be in my top five.”

Becks – dubbed golden balls by Victoria – has netted a fortune on and off the football pitch in wages and endorsements.

Victoria has also pocketed millions, from her pop career as Posh in the Spice Girls and her luxury fashion brand.

It was reported last year that the ­couple’s net worth had passed the billion dollar mark, at approximately £769m.

The couple have recently celebrated their 22nd wedding anniversary.

Posh and Becks tied the knot in 1999 after a whirlwind two-year romance.

The sportsman got down on one knee a year after he and Spice Girl Victoria got together, and the pair haven't looked back since, sharing plenty of intimate and romantic moments together.

They also share four kids in Brooklyn, Romeo, Cruz and daughter Harper together.