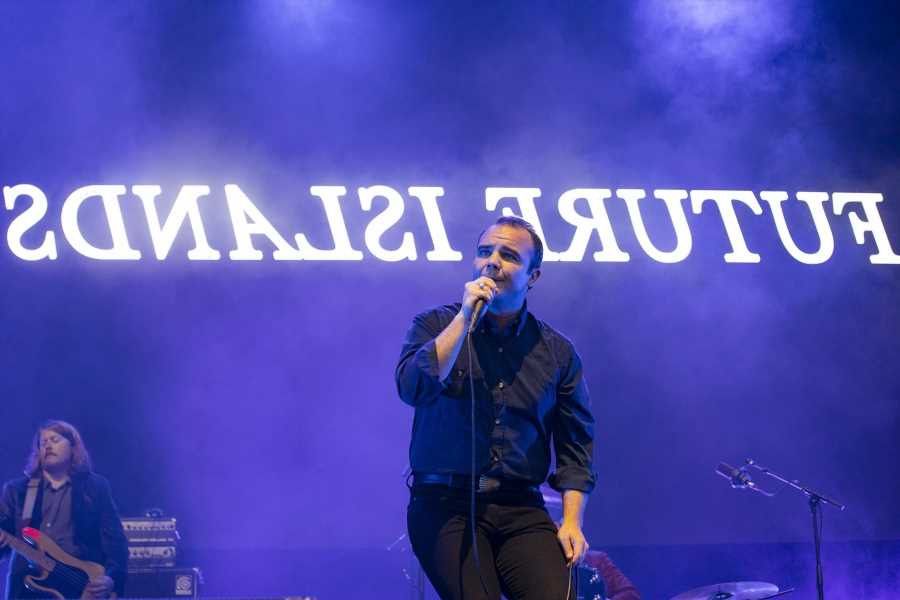 The song carries the Baltimore quartet’s trademark synth-pop sound, but on a mellower level than usual. Lead vocalist Samuel T. Herring describes a timely aura of doom (“Death is in the season/And it’s pushing me around”) before resolving to hold onto hope: “But I’m not giving up/Not today.”

“Peach” follows the band’s sixth studio album, As Long As You Are, released last year following their 2017 LP The Far Field. Future Islands will hit the road for a U.S. tour, The Calling Out in Space Tour, next month, kicking off September 1st at the Greek Theatre in Los Angeles. The tour runs for 32 dates, including a set at New York’s Governors Ball Festival on September 24th and shows with Modest Mouse and Hinds, and concludes October 14th at the Anthem in Washington, D.C. The U.K. and European run is set to follow in 2022.