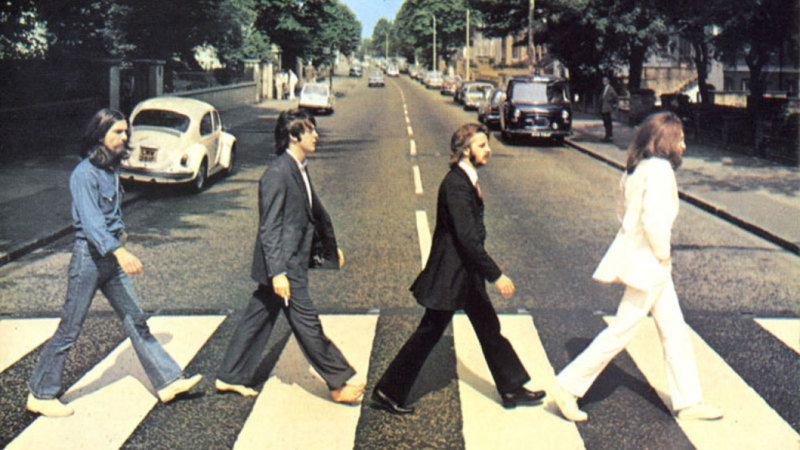 First published in the Sydney Morning Herald on October 18, 1969

EVERY DAY rock music gets softer. Take the Beatles  L.P., for example.

The Beatles' latest journey, "Abbey Road" (Apple), runs past many familiar lanes but on the whole it is quieter and, despite the orchestral complexity, simpler.

Opening track, "Come Together," has a loping beat from drums and vibrant Liverpool guitars. The "nonsense" lyrics suggest you have "got to be good looking because he's so hard to see." 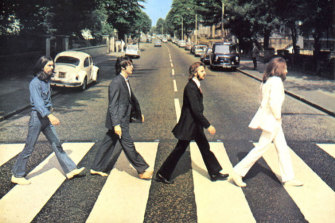 A detail of the iconic Abbey Road cover art, featuring a photo of the band taken by Iain Macmillan on August 8, 1969. The idea for the cover was Paul McCartney’s.

George Harrison's "Something," perhaps the best track, is beautifully sung with a tender guitar solo reminding one of "Guitar Gently Weeps."

Paul McCartney represents his music hall acts by "Maxwell's Silver Hammer." Harrison's Moog synthesiser is particular evident. "Oh! Darling" is an unattractive (for the Beatles) send-up of the 1950s.

Ringo's children's song with the usual heavy on-beat and slightly deficient chord structure is "(I would like to be under the sea in an) Octopus's Garden."

"Day in the Life" was the turn-on in "Sgt. Pepper" and "I Want You (She's So Heavy)" is the tremendous downer on "Abbey Road." Lennon's song has two moods, one in 4/4 beat, the other (the heavy part) is a threatening 3/4 riff somewhat like "House of the Rising Sun."

The second side opens with another brilliant track by Harrison, "Here Comes the Sun," a light and airy, optimistic piece written in Eric Clapton's Garden. "It's all right," Harrison reassures us.

The Beach Boys said two years ago what the Beatles are now moving on to. For an indication of this listen to the three-part harmony on "Because" . . . "because the world is round it turns me on… because the wind is high it blows my mind."

The remaining numbers are strung together as a suite. "You Never Give Me Your Money" is another schizo song with an impressionistic piano intro. It convolutes to a climax and dies with "1-2-3-4-5-6-7, all good children go to heaven."

Lennon's "Sun King" is a Hawaiian "La Mer" in which the Beatles lapse into some foreign lingo. "Mean Mr Mustard," riding a heavy organ base, and "Polythene Pam" are Lennon songs of a "Sgt. Pepper" type recognisable by their titles.

They lead into a medley of McCartney songs. "The End" tells us that "in the end of the love you take is equal to the love you make." But the real end is a few bars some minutes after the album has apparently finished.

I have given up trying to decide whether each new Beatle L.P. is better than the last. "Abbey Road" is not revolutionary but, quite deservedly, will be bought by everyone.

No one knows when "Get Back," an album recorded before this one, will be released. The rumour is that Mick Jagger, Bob Dylan and the Beatles in the guise of "The Masked Marauders" recorded a two-disc set in Canada in April.