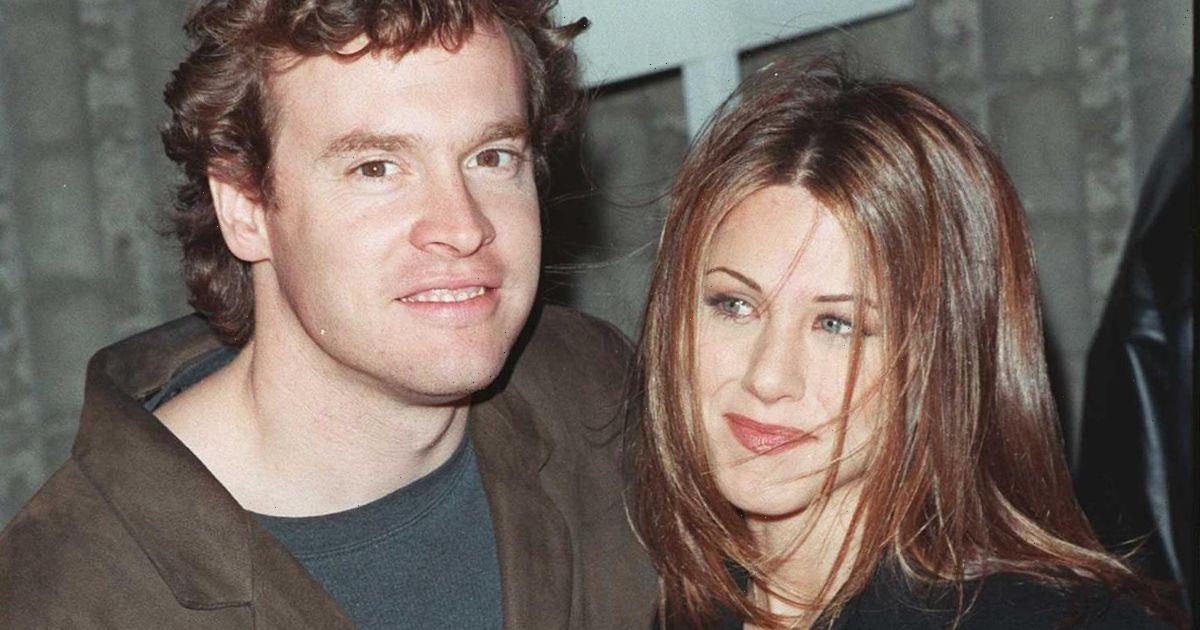 The show first hit our screens on September 22, 1994, and from the moment Rachel – Aniston – burst into the coffee house dripping wet and dressed in a wedding dress and veil, to the shock and amusement of the rest of the gang, sitcom fans were hooked on Friends.

It’s no secret that during the show’s 10-year-run there were numerous hookups – and near hookups – between the characters, from the on-off relationship between Ross and Rachel and the famous Ross, Rachel and Joey love triangle, to the marriage of Monica and Chandler.

As per the Mirror, in 2016 in a television tribune with Friends creator James Burrows, the cast hinted that all the romance with fictional, suggesting that a fair few fumbles had occurred behind the scenes between the cast.

Host Andy Cohen asked if the cast had signed contracts “saying that you wouldn’t sleep with each other?”, followed by an awkward silence from the cast, before Kudrow encouraged Schwimmer to explain.

The actress, who played quirky Phoebe on the show giggled, “David, say something!”, to which Schwimmer, who played Ross on the show, said, “Well, that was broken!”

The cast clearly hooked up while filming, but who actually got it on in real life?

Aniston and Schwimmer played on-screen sweethearts, and according to various sources he’s said to have been smitten with her in real life too.

After her split in 2005 with Brad Pitt, it was rumoured that Aniston, who played Rachel on the hit show, was dating her on-screen love interest, Schwimmer in real life.

While the rumours were rife, nothing came of it and the pair both married other people. Aniston married actor Justin Theroux in 2015, while Schwimmer went on to marry Zoe Buckman in 2010.

However, according to recent rumours, after his seven-year marriage to Buckman ended, and with Aniston being single again following her split from her husband, Schwimer is ‘keen to reconnect’ with Aniston.

According to the Mirror, a source recently told New Idea Magazine that, “David’s always held a candle for Jen and has never stopped loving her”.

The source then explained that, “It was a case of never being the right time as one of them was always in a relationship after their fling all those years ago.”

However, Schwimmer’s rep denied these claims and told Gossip Cop that the rumours were in fact fake.

Back in 2016, Cox and LeBlanc were seen sharing a kiss outside of The Sunset Tower in Los Angeles after the NBC reunion show.

At the time, both actors were single. However, since then,Cox has reunited with Snow Patrol’s Johnny McDaidand reinstated their engagement, after it was temporarily called off.

When pictured together, Cox and LeBlanc seemed to be close, as LeBlanc’s arm was wrapped around her waist. However, both actors later denied any romance between them. A few months before that, Cox was linked to on-screen husband, Perry – who played Chandler Bing.

A source revealed to Perez Hilton that, “It’s no surprise that Matthew was one of the first people Courteney called after Johnny left her. They’ve leaned on each other before.”

The source also said, “There isn’t any pressure to put a label on it just yet, but they’re excited to see where this might go.”

However, both Cox’s and Perry’s reps shut the rumours down, with Perry later stating that he had never slept with any of his main co-stars on the show.

Perry said, “I think there was no sex between any of them, or else I was really missing something, I [personally] did not.”

Perry did, however, get it on with Friends guest star, Julia Roberts, who portrayed makeup artist, Susie ‘Underpants’ Moss in a 1996 episode from the show.

Her character played an old school friend of Chandler’s who he had humiliated during a childhood prank. Her character pretended to hook up with Chandler, encouraging him to wear her pants to dinner, before enticing him into the bathrooms, stealing his clothes, and leaving him to walk home wearing just her underpants.

After LeBlanc’s father Paul claimed that the pair had an onset fling, both actors denied these claims.

Paul told OK! USA that, “[Matt] got on good with Jen. He told me about it – they would make out in the dressing room,”.

However, both stars’ reps denied these claims, with Aniston’s publicist stating that, “Jennifer has never had a romantic or sexual relationship with Matt LeBlanc.”

Aniston was also said to be close to Perry in 2006, after her divorce from Brad Pitt.

However, the claims were never substantiated, and it was later claimed that Aniston had simply been helping and supporting Perry with his recovery from prescription drug and alcohol abuse. While Paul Rudd joined Friends as Phoebe Buffay’s love interest, Mike Hannigan, it was Aniston and Rudd who hooked up in real life.

It was rumoured that the pair had shared a ‘brief’ fling, just before the star met Brad Pitt. Aniston and Rudd met on the set of The Object of My Affection in 1998, where the duo played best friends.

After Friends ended, Aniston and Rudd starred in the 2012 movie, Wanderlust. When the pair were asked if it was strange to kiss on screen, Aniston quipped, “Nah. I’ve kissed him for years,” and Rudd replied, “we’ve made out for decades.”

Aniston and Donovan were engaged prior to his stint on the show. Unfortunately, he joined the show just as their real life relationship ended, when Tate joined the cast as Rachel’s Bloomingdale's client.

Tate told the Huffington Post that, “We were broken up and producers were like ‘Hey would you wanna do six episodes of the show?’ And I was like ‘Maybe it would be good to work through this breakup’”.

Although Tate wanted to work through the breakup, he explained that, “It was horrible. It was so tough, man. I remember just getting back to my dressing room and just weeping.”